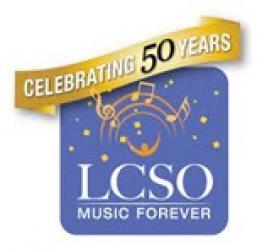 The La Porte County Symphony Orchestra (LCSO) is entering its 50th Anniversary with the 2022-23 season. Concerts for this season will include:

“The LCSO leadership and musician teams spent more than a year planning these concerts as well as many other activities,” said Tim King, Executive Director of the LCSO. In addition to the concerts, the LCSO is excited to present:

All of these items as well as tickets for purchase can be found on the LCSO’s website at www.lcso.net..

About LCSO: The mission of the LCSO is to enrich the lives of people of all ages within and beyond La Porte County through the experience of excellent live orchestra performances. The LCSO is also supported by the Indiana Arts Commission, South Shore Arts, What's New La Porte, The Beacher and WIMS AM 1420, 95.1 FM, 106.7 FM, 96.7 The Eagle, Rock 106.5 and Art on the Air WVLP 103.1 Radio. Visit us at: www.lcso.net.