**** Recommended **** Towle Theater’s new production, Hope and Gravity, is hard to define as five actors play nine characters – four couples and an unmarried poetry professor.  Could be comedy, could be tragedy, but actually more like a mishmash of both.  I know I laughed out loud more than once, and shed a few tears!  Done in a series of scenes interspersed with blackouts, it had a feel of Second City.  I think you’ll enjoy Hope and Gravity.  I know I did.  4 Spotlights 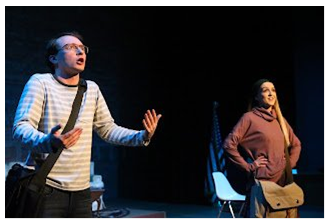 In an apartment building somewhere, grad students in creative writing, Jill (Allie Charton) and Steve (Martin Downs), who’s engaged to Barb, are waiting impatiently for the elevator.  They’re on the way to class, where they’re pretty sure the professor will red-mark their efforts.  Pulling a suitcase, Peter (Connor Green) joins them, checking his watch. 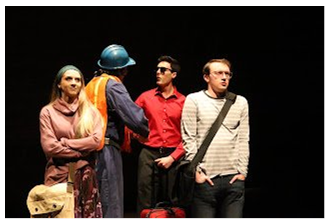 The doors finally open, they board, but Marty (Jared Sheldon), an elevator repairman informs them he’s going to be running tests.   As they go up, then down, then up again, to random floors, someone mentions the elevator that fell across town, killing one and injuring another.  They ask Marty questions.  How did it happen?  Did the cable break?  His answer to all their speculations, “I can’t talk about it.” 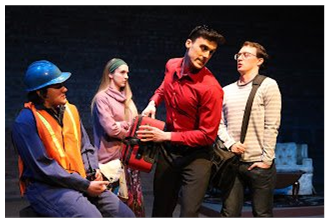 Tanya (Linda Cunningham) is in a tremendous hurry as she runs into her husband’s school office.  She’s trying to get pregnant and Hal (Connor Green) was supposed to produce a sample for her doctor to test.  Barb (Allie Charton), the school receptionist, finds him in the nurse’s office. 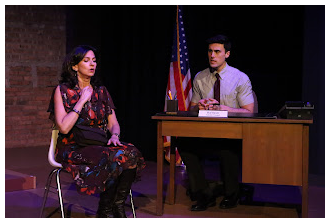 Hal’s obsessed by a rash on his chest which he thinks resembles the Virgin Mary.  When he shows his rash to Nan (Linda Cunningham), the school nurse, he uses a sharpie to draw the picture on his chest.  By the way, Nan is married to Marty, the elevator repairman, but she’s having an affair with Peter, the dentist.  Meanwhile Steve proposes to Barb, but she shoots him down. 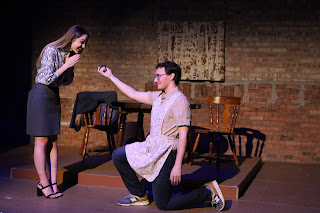 Douglas (Jared Sheldon) is a published poet and professor of poetry.  Unfortunately, his brains got scrambled when an elevator fell.  Jill and Steve are trying to encourage him to write more poetry.  He thinks he’s in a new creative zone, brimming with ideas, but when he shares what he’s written recently, Jill and Steve recognize it all as other poets work. 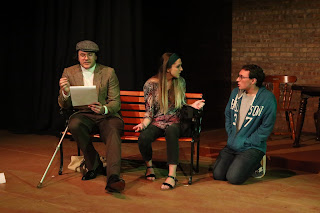 Barb and Peter end up at the same self-help seminar in Cleveland.  Attracted to each other, they meet and share their neuroses.  She’s terrified of dentists and totally freaks out when Peter admits his profession.  Peter tells her a couple of outrageous stories, but groans after each lie.  He admits he’s a pathological liar and he’s wearing electrodes which send out a charge whenever he tells a lie, but he can’t seem to stop telling whoppers! 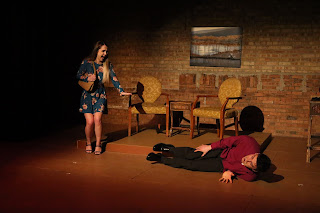