"Bug" will Creep You Out! - Review by Carol Moore 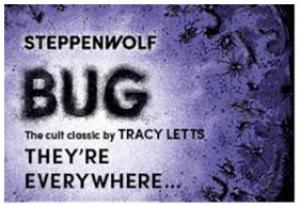 Aggie aka Agnes White (Carrie Coon) is content to be living in a seedy motel somewhere in Oklahoma.  Even though it’s just the one room, it’s all hers.  She’s got a job, she’s got some money saved and her abusive ex-husband is in jail.

One day, her friend, R.C. (Jennifer Engstrom), shows up with a guy in tow.  He’s quiet, doesn’t say much, content to watch them snort their lines of cocaine. 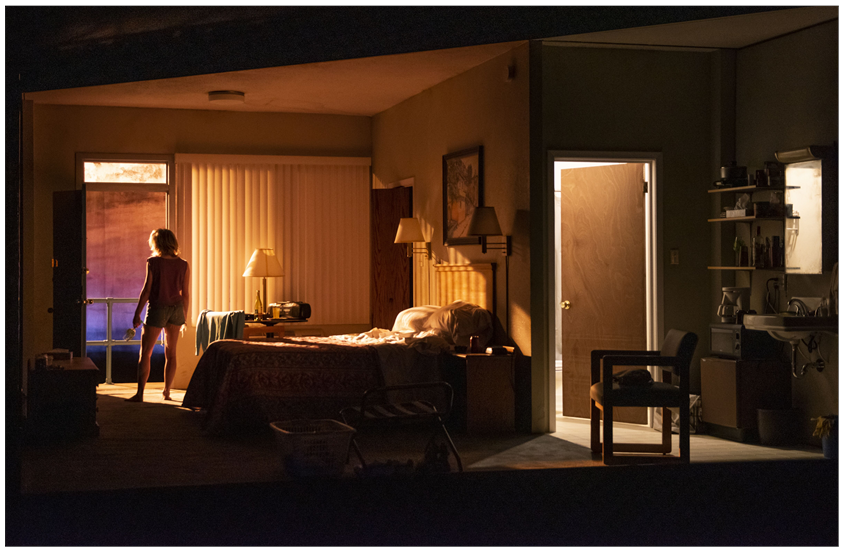 When her ex-husband, Jerry Goss (Steve Key), breaks into the room and helps himself to her cash, Peter still doesn’t say anything.  After she throws Jerry out, Aggie offers Peter a drink and one thing leads to another.

The next morning, Peter introduces Aggie to his ‘bugs’.  He believes that he was kept in  confinement as a government guinea pig, a test monkey for some diabolical medical experiments.  He seems perfectly sane as he explains that the government put bugs in his blood – and that he’d 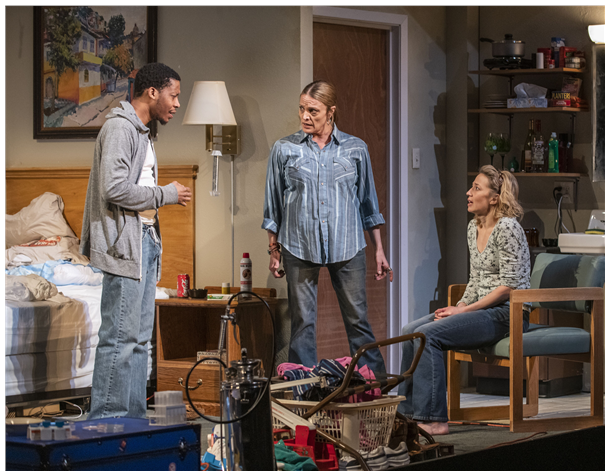 shared them with Aggie when they had sex.

R.C. takes Aggie to the doctor to get a blood test.  As Aggie is explaining that to Peter, he totally loses his cool because the doctors are in on the conspiracy.  When R.C. tries to get Aggie to leave she totally goes over to the dark (Peter’s) side and throws her now ex-friend out.

As Peter’s paranoia grows, he’ll do almost anything to protect himself, especially from Dr. Sweet (Randall Arney).

A warning:  This is definitely an adults-only play.  There’s a lot of full-frontal nudity – both male and female.  The “F” bomb is dropped about every third sentence.  The characters were constantly doing 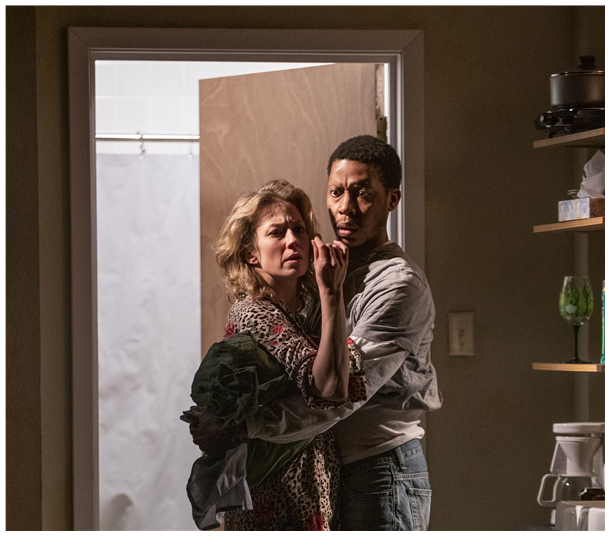 drugs – either smoking crack or snorting lines of cocaine.