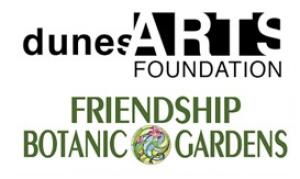 The Dunes Arts Foundation and Friendship Botanic Gardens have teamed up to host “Cabaret at the Gardens: Music Under the Stars” on Friday, July 30 and Saturday, July 31, from 6:30 to 9 p.m. Central in The Gardens, 2055 E. Highway 12 in Michigan City.

Guests are invited to bring their own lawn chairs and blankets; however, there will be chairs on site for use. Refreshments will also be available for purchase on site, cash or credit card. Tickets are $40, with free admission for those under 18, accompanied by an adult.

The special musical evening, performed at The Gardens’ Celebration Pavilion, will be directed and hosted by Steve Scott, Dunes Arts resident guest director and artistic associate at Chicago’s Goodman Theatre. Musical accompaniment will be provided by Andrew Flasch, Dunes Arts music director, and his jazz trio.

The program will feature songs from familiar Broadway productions such as West Side Story, Carousel, Camelot, Sweeney Todd, Waitress and Hamilton performed by talented artists from the Dunes Summer Theatre’s productions of “Forever Plaid,” and “A Midsummer Night’s Dream” as well as three new guest artists: Andrew Turner, Sophia Byrd and

Andrew Turner is a versatile, multidisciplinary artist whose engagements span the genres of opera, jazz and contemporary music as well as musical theatre. This summer he performed in “Sweeney Todd” at the Des Moines Metro Opera. In the spring, Turner was a resident artist with Virginia Opera and with Opera Iowa. A native of Tacoma, Washington, Turner graduated from the University of Illinois Lyric Theatre program.

Sophia Byrd is a Chicago native and recent Lyric Theatre graduate. As a member of the Chicago Children’s Choir, she performed with the Chicago Symphony Orchestra under the direction of Riccardo Muti. Byrd has performed with artists such as Yo-Yo Ma, Jennifer Hudson and Chance the Rapper. Byrd’s song, “I See the Light,” was featured in Spike Lee’s film Chiraq. She made her Broadway debut in the world premiere of Grammy-nominated Place. Byrd’s debut solo album will be released in August.

Whitney Nelson, based in Atlanta, is a sought after performer who just finished as a featured artist in the Netflix film “They Cloned Tyrone”. She starred in many theatrical productions including the lead role of Ajax “Ajax in Iraq” with the West Alabama Theatre, and Angelo in “The Comedy of Errors” with the Santa Cruz Shakespeare Company. Nelson has received Kennedy Center American College Theatre Festival Region IV Irene Ryan nominations for performances in Intimate Apparel and Mother Hicks. She holds a B.A. from University of West Georgia and is pursuing a masters at the University of Illinois.

“Cabaret at the Gardens: Music Under the Stars” will raise funds for Dunes Arts Foundation and Friendship Botanic Gardens. Both nonprofit volunteer-based organizations are popular attractions for area visitors.

Friendship Botanic Gardens, created in 1936, is an oasis of formal gardens and wooded nature trails tucked in an old-growth forest surrounding Trail Creek in Michigan City. It is one of the area’s most beautiful settings and it is becoming a major destination for area visitors. Friendship Botanic Gardens hosts an array of educational and family-friendly events and is a popular setting for weddings and receptions.

For tickets and information about “Cabaret at the Gardens: Music Under the Stars” call The Gardens at 219- 878-9885 or visit www.friendshipbotanic gardens.org. For information on Dunes Arts, visit www.dunesARTS.org or call 219-879-7509