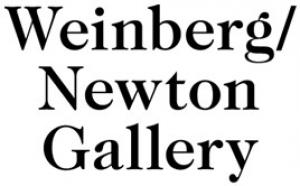 Weinberg/Newton Gallery (688 N. Milwaukee Ave.), a non-commercial gallery dedicated to promoting social justice causes, will partner with the Bulletin of the Atomic Scientists to present Human/Nature. Addressing the urgent issue of climate change, Human/Nature will feature new work by artists Laura Ball, Stas Bartnikas, Donovan Quintero, Obvious, Karen Reimer and Matthew Ritchie, along with video interviews from climate scientists and experts, offering actionable ideas on how to contribute to a sustainable future. Human/Nature is guest curated by Cyndi Conn, and will run from Jan. 14 to Mar.19, 2022. 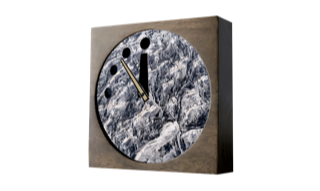 Sketch of the DoomsdAi clock, an artistic reinterpretation of the Doomsday Clock, Obvious and Stas Bartnikas, 2021

“Humanity is at a critical crossroads – we must take immediate action or our planet will face an irreversible climate catastrophe,” says Guest Curator Cyndi Conn. “Human/Nature is an art exhibition combining visual imagery and scientific interviews to explore our paths forward. What will the world look like if we do not reverse our current path? Alternatively, what will the future look like if we take action now?”

“What is so exciting about this Human/Nature is that the artists capture something deep and fundamental and rooted in our values, without having to get into debates on policy or the practical aspects,” says Sivan Kartha, senior scientist of the Stockholm Environmental Institute, “We have a tendency to trivialize these issues. To be able to have people come into the space and pause and open themselves up to the idea of suspended judgment is pivotal. We have spent too much time debating one technology versus the other.”

The Bulletin of the Atomic Scientists is well known for its iconic Doomsday Clock – which presents a metaphor, a warning and reminder of the perils humans must address to survive on the planet. Created in 1947, the Doomsday Clock addresses the greatest danger to humanity, nuclear weapons. In 1978, the Bulletin sounded a prescient alarm about climate change with the article Is Mankind Warming the Earth? Additionally, in 2007, recognizing the urgency of the peril our world faces due to climate change, the Bulletin added it as a key factor in setting the Doomsday Clock.

“By working together with leading contemporary artists, designers, and creative communicators, the Bulletin seeks to broaden the conversation, generating innovative ways of framing crucial issues around peace and security,” says Rachel Bronson, President and CEO of the Atomic Scientists. “In recognition of the 75th anniversary of the Doomsday Clock and our commitment to engaging the public around the urgency of climate change, the Bulletin is delighted to partner with Weinberg/Newton Gallery for Human/Nature, an innovative three-month exhibit and programming on climate change.”

Human/Nature is aimed to help visitors understand their agency in addressing climate change, locally, nationally, and internationally to motivate audiences to be engaged, involved, and determined to help turn back the hand of the Doomsday Clock.

About the Bulletin of the Atomic Scientists
The Bulletin equips the public, policymakers, and scientists with the information needed to reduce man-made threats to our existence. The Bulletin is a media organization, posting free articles on its website and publishing a premium digital magazine. In addition, the Bulletin’s website, iconic Doomsday Clock, and regular events help advance actionable ideas at a time when technology is outpacing our ability to control it. The Bulletin focuses on three main areas: nuclear risk, climate change, and disruptive technologies. What connects these topics is a driving belief that because humans created them, we can control them.

About Guest Curator Cyndi Conn
Cyndi Conn is the Founder and President of LaunchProjects LLC, a creative consulting firm that engages and inspires organizations, influencers, and leaders. Conn serves on the Governing Board of The Bulletin of the Atomic Scientists and on advisory boards of The Black Mountain Institute, the National Parks Arts Foundation, the N Square Innovators Network, and is a member of the International Women’s Forum. She was previously the Executive Director of Creative Santa Fe, a non-profit dedicated to leveraging collaboration and the power of the arts to reframe critical issues and drive positive change, and prior to that was the Visual Arts Director and Curator of the Center for Contemporary Arts, Santa Fe. She holds a Masters Degree in Curatorial Studies and Arts Administration from Skidmore College, a BA in Latin American studies from Tulane University and studied at the Universidad Ibero Americana in Mexico City.

About Weinberg/Newton Gallery
Weinberg/Newton Gallery is a non-commercial gallery with a mission to collaborate with nonprofit organizations and artists to educate and engage the public on social justice issues. Through artwork and programming, the gallery provides a vital space for open discourse on critical contemporary issues facing our communities. Connecting artists with social justice organizations, we work to drive change and cultivate a culture of consciousness.