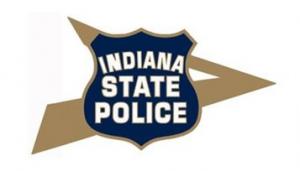 After an intensive two-week investigation, detectives with the Indiana State Police Criminal Investigations Division and troopers from the Lowell Post presented charges to the Lake County Prosecutor’s Office in response to an interstate shooting that occurred on May 20th, 2021 (See below news release).

As a result of that investigation, arrest warrants have been issued for two individuals who have each been charged with 17 felonies, including 5 counts of Attempted Murder which is a Level 1 Felony.  The warrants issued today by a Lake County Superior Court Judge are for the arrests of Jalen Tyrone Robinson, 22, of Hammond, IN and Lajahnis Ziyar Rosemond, 16, from Gary, IN.  Both subjects are considered to be armed and extremely dangerous.

Warrant charges are as follows:

All suspects are presumed innocent until proven guilty in court.

One Injured From Interstate Shooting on I-80/94

Lake County- Last night (5/20/2021) at approximately 8:30 p.m., the Indiana State Police Lowell Post was contacted by Methodist Hospital Northlake Campus, that they had received a walk-in gunshot victim.  Troopers, as well as detectives with the Lowell Criminal Investigations Division, responded to the hospital and were able to speak to the individuals involved.

Preliminary investigation shows that during the early evening hours, an altercation between several individuals took place somewhere in Portage.  As one group left the area and was driving westbound on I-80/94, a red passenger car opened fire with a handgun at the victim’s vehicle.  An 18-year-old seated in the rear of the vehicle sustained a serious injury as a result of the gunfire.  That victim was treated at the hospital and their current condition is not known.

If anyone has any information on this incident, please contact the Indiana State Police Criminal Investigation Division located at the Lowell Post at 219-696-6242.