TSA highlights its top accomplishments of 2022 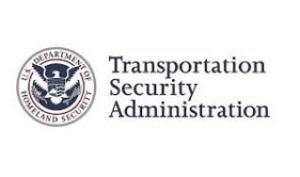 “I am incredibly proud of our dedicated TSA employees who perform the critical task of securing our nation’s transportation systems each day,” said TSA Administrator David Pekoske. “We had a very successful year that ended with the enactment of the FY 2023 Omnibus Appropriations Bill, which included funding to bring TSA employee compensation to a level commensurate with other federal employees, in addition to funding to expand collective bargaining rights for our non-supervisory screening workforce. For years, our employees have not been paid fairly, and securing pay parity was necessary from an operational standpoint as we continue to see increasing travel volumes, and will also help our ability to recruit and hire new employees and retain the talent we have.”

During 2022, TSA achieved the following highlights and accomplishments:

Cybersecurity resilience efforts: TSA worked with industry partners to revise previous rail and pipeline Security Directives and issue performance-based pipeline Security Directives to enhance cybersecurity resilience for the nation’s critical pipelines and rail systems. Performance-based criteria recognizes the diversity of organizations and systems that exist throughout the transportation sector and seeks to incorporate practices that strengthen those systems against attack.

Officers stopped a record number of firearms: TSOs prevented more than 6,542 firearms from entering the secure areas of airports in 2022; 88% of the firearms were loaded. TSA also announced several new measures to mitigate firearms threats including enhanced screening for passengers in possession of a firearm at a TSA checkpoint and loss of TSA PreCheck® eligibility for up to five years. In December 2022, TSA also increased the maximum civil penalty for a firearms violation to nearly $15,000.

Federal Air Marshal Service 60th Anniversary: In March 2022, TSA recognized its Federal Air Marshal Service (FAMS) for 60 years of protecting domestic and international flights and providing a visible security presence for surface transportation modes. The FAMS was initially founded as part of the Federal Aviation Administration in 1962 in response to increased international airline hijacking incidents, and transitioned to TSA after its establishment following the 9/11 attacks.

Global incident management: TSA supported Operation Allies Welcome with the safe transport of over 90,000 people from Afghanistan to the U.S. Following Russia’s invasion of Ukraine, TSA continued to lead cybersecurity efforts as a sector risk management agency for transportation.

OUR CUSTOMERS AND PARTNERS

TSA introduced its virtual Mission Hall: In November 2022, TSA launched a virtual tour of TSA’s Mission Hall, which is located at TSA headquarters. The exhibit is a collection of historical archives and artifacts documenting the agency’s establishment, its evolution and critical events in transportation security.

Increased compensation for TSA employees: In late December 2022 President Biden signed into law the FY23 Omnibus Bill, which was a top priority for DHS and TSA, that includes funds to pay TSA employees at a level commensurate with other federal agencies. The new compensation plan will begin in July 2023 and recognizes the critical role TSA employees play in protecting the nation’s transportation systems.

TSA continues to hire and train officers: TSA hired more than 10,000 new TSOs and opened its new TSA Academy West adjacent to Harry Reid International Airport (LAS) in Las Vegas. The new training academy graduated over 1,000 TSOs while others were trained at the TSA Academy East in Glynco, Ga. TSA offered a hiring bonus for TSO positions in some areas of the country where it is hard to recruit applicants and provided an opportunity for candidates to onboard as Security Support Assistants (SSA) within just a few weeks. The SSA position allows candidates to quickly obtain employment at TSA to perform non-screening duties in support of checkpoint operations, while they complete the TSO hiring process.