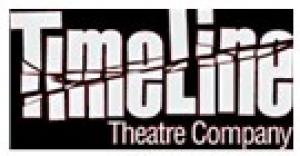 Written by the first Black woman to have a play professionally produced in New York City, Trouble in Mind is a scathingly funny backstage drama about interracial politics and the complex, difficult, and often emotional way people talk about race.

The setting is the mid-1950s on a stage at a Broadway theater in New York City, where a group of actors has gathered for their first day to rehearse a new play called Chaos in Belleville, an anti-lynching Southern drama. But as the cast rehearses, tensions flare between Wiletta, the Black actress in the starring role, and her white director about his interpretation of the play.

Childress' groundbreaking drama recently enjoyed an acclaimed Broadway production that was nominated for four 2022 Tony Awards, including Best Revival. The critics raved that her backstage satire of egos and attitudes is a “masterpiece of astonishing power” (New York Magazine), “the play of the moment” (The New York Times), and “will take your breath away” (Associated Press).

For tickets and information, visit timelinetheatre.com or call the TimeLine Box Office at (773) 281-8463 x6.

THE IMPORTANCE OF HONEST REPRESENTATION: BEHIND THE SCENES OF TROUBLE IN MIND

In 1949, Alice Childress, a founding member of the American Negro Theatre, wrote her first play, Florence, in one night on a dare from her close friend, actor Sidney Poitier, who had told her he didn’t think a great play could be written overnight. She proved him wrong, and Florence was produced Off-Broadway in 1950. In 1952, Childress became the first African American woman to see her play, Gold Through the Trees, professionally produced in New York.

Three years later, Trouble in Mind opened Off-Broadway in 1955 at the Greenwich Mews Theatre. The production was a critical and popular success and immediately drew interest from producers for a Broadway transfer. In an ironic twist echoing the tribulations of the characters in the play itself, the producers wanted changes to the script to make it more palatable to a commercial audience. Childress refused to compromise, and the play never opened on Broadway, ending her chance of being the first African American woman playwright to have a play on Broadway. It took 66 years for Trouble in Mind to finally receive its Broadway premiere, in a Tony Award-nominated production at Roundabout Theatre in 2021.

“TimeLine is thrilled to finally bring Trouble in Mind to our stage,” said TimeLine Artistic Director PJ Powers. “This production may have been delayed nearly two years due to the pandemic, but some things are worth the wait, including this remarkable play by Alice Childress. Never given its proper due nearly 70 years ago, this funny and searing play by a trailblazing writer is now deservedly regarded as one of the great plays of the 20th century. We can’t wait to see the play shine under the direction of TimeLine Company Member Ron OJ Parson, one of our city’s indispensable artistic voices.”

Single tickets to Trouble in Mind are now on sale via timelinetheatre.com or by calling the TimeLine Box Office at (773) 281-8463 x6. Preview tickets are $25. Single tickets to regular performances start at $42 (Wednesday through Friday), $49 (Saturday evenings) and $57 (Saturday and Sunday matinees). Student discount is 35% off regular price with valid ID. TimeLine is also a member of TCG’s Blue Star Theatre Program and is offering $25 tickets to U.S. military personnel, veterans, first responders, and their spouses and family.

TimeLine is served by multiple CTA trains and buses. There are multiple paid parking options nearby, plus limited free and metered street parking. Visit timelinetheatre.com/timeline-theatre for details and available discounts.

Pre-Show Discussions: Starting one hour before the performance, a 25-minute introductory conversation hosted by a TimeLine Company Member and the dramaturg on Sunday, November 27 and Thursday, December 8.

Company Member Discussion: A post-show discussion with the collaborative team of artists who choose TimeLine’s programming and guide the company’s mission on Sunday, December 4.

Sunday Scholars Panel Discussion: A one-hour panel discussion featuring experts on the themes and issues of the play alongside a member of the production team in a moderated discussion, following the performance on Sunday, December 11.

All discussions are free and open to the public. For details, visit timelinetheatre.com.

Distanced Performances: Performances on Tuesday, November 22 and Friday, December 2 will have a capacity cap and seating chart so that patrons can sit with additional space allocated between parties.

Audio-Described Performance: On Friday, December 16, the performance will feature narration about visual elements of the production around the dialogue, available for individual patrons via headphones.

or who need to avoid stairs, and others with special seating or accessibility needs, should contact the TimeLine Box Office in advance to confirm arrangements.

As the COVID-19 pandemic evolves, TimeLine continues to work to ensure the safety of artists, audiences, and staff through safety protocols at its performances. For Trouble in Mind, the theatre will require mask-wearing in order to attend. These protocols are subject to change as the pandemic evolves. For current information about TimeLine’s COVID-19 safety protocols, visit timelinetheatre.com/health-and-safety.

﻿2022-23 SEASON FINALE: THE WORLD PREMIERE OF BOULEVARD OF BOLD DREAMS

TimeLine’s 2022-23 subscription season concludes with the world premiere of Boulevard of Bold Dreams by LaDarrion Williams, a Los Angeles-based playwright new to Chicago audiences, directed by Malkia Stampley. Set on the night in 1940 that Hattie McDaniel made history at the Oscars, this is a story of dreamers striving to overcome considerable obstacles and fighting for recognition amidst the racism and inequity of Hollywood. Previews start February 1, 2023. Press Night is Wednesday, February 8 at 7:30 p.m. Performances run through March 19. For more information and to purchase tickets, call (773) 281-8463 x6 or visit timelinetheatre.com.

TimeLine Theatre Company, recipient of the prestigious 2016 MacArthur Award for Creative and Effective Institutions, was founded in April 1997 with a mission to present stories inspired by history that connect with today's social and political issues. Currently celebrating its 26th season, TimeLine has presented 85 productions, including 12 world premieres and 39 Chicago premieres, and launched the Living History Education Program, which brings the company's mission to life for students in Chicago Public Schools. Recipient of the Alford-Axelson Award for Nonprofit Managerial Excellence and the Richard Goodman Strategic Planning Award from the Association for Strategic Planning, TimeLine has received 58 Jeff Awards, including an award for Outstanding Production 11 times.

The company has long been bursting at the seams of its current leased home located at 615 W. Wellington Avenue in Chicago’s Lakeview East neighborhood, where the theatre has been in residence since 1999. In December 2018, TimeLine announced the purchase of property at 5033-35 North Broadway in Chicago’s Uptown neighborhood to be the site of its new home. Plans feature an intimate black box theater seating up to 250 audience members, expanded area for the immersive lobby experiences that are a TimeLine hallmark, new opportunities for education and engagement, room to allow audience members to arrive early and stay late for theatergoing experiences that extend far beyond the stage, and more. TimeLine is working with HGA as architect for its new home project, which is expected to be completed in 2024.

Alice Childress (Playwright, 1916–1994) was raised during the Harlem Renaissance under the watchful eye of her beloved maternal grandmother and grew up to become first an actress and then a playwright and novelist. She was a founding member of the American Negro Theatre. Her play Trouble in Mind debuted in 1955 at the Greenwich Mews Theatre, received a well-reviewed Off-Broadway revival in 1998 by the Negro Ensemble Company and has since been produced by a multitude of prestigious theaters such as Yale Repertory Theatre, Centerstage, Milwaukee Repertory Theatre, Arena Stage, and Roundabout Theatre’s Tony Award-nominated revival in 2021. Her other plays are Florence (1949), Gold Through the Trees (1952), Just a Little Simple (1950), Wedding Band: A Love/Hate Story in Black and White (1966), and Gullah (1984). She’s also known for A Hero Ain’t Nothin’ But a Sandwich, her 1973 novel about a 13-year-old Black boy addicted to heroin, which was made into a movie in 1978. Throughout her career, Childress examined the true meaning of being Black, and especially of being Black and female. As she herself once said, “I concentrate on portraying have-nots in a have society.”

Ron OJ Parson (Director) became a TimeLine Company Member in 2016. His TimeLine credits include Relentless (also at Goodman Theatre), Too Heavy for Your Pocket, To Catch a Fish, Paradise Blue, Sunset Baby, and A Raisin in the Sun. He is a native of Buffalo, New York, and a graduate of the University of Michigan’s professional theater program. He is the co-founder and former Artistic Director of Onyx Theatre Ensemble of Chicago and a co-founder and co-director of Ripe ManGo Productions. Parson is a Resident Artist at Court Theatre, an Associate Artist with Teatro Vista, and an Associate Artist at Writers Theatre. Since moving to Chicago from New York in 1994, he has worked as both an actor and director. His Chicago credits include work with The Chicago Theatre Company, Victory Gardens, Goodman, Steppenwolf, Chicago Dramatists, Northlight, Court, Black Ensemble Theatre, Congo Square, Northlight Theatre, Urban Theatre Company, City Lit Theater, ETA Creative Arts, and Writers. Regionally, Parson has directed shows at Studio Arena Theatre, Alliance Theatre, Actors Theatre of Louisville, Milwaukee Repertory, South Coast Repertory, Pasadena Playhouse, Geva Theatre, Virginia Stage, Roundabout Theatre, Wilshire Theatre, The Mechanic Theatre, CenterStage, St. Louis Black Repertory, Pittsburgh Public Theater, Pittsburgh Playwrights Theatre, Signature Theatre (New York), Kansas City Rep, and Portland Stage, among others. In Canada, he directed the world premiere of Palmer Park by Joanna McClelland Glass at the Stratford Festival. He is a member of AEA, SAG-AFTRA, and SDC. For more, visit ronojparson.com.