Three young actors - one blind, one deaf, one with autism - star in "This Ability"

When an international cat celebrity with a disability escapes from O’Hare and is lost on the streets of Chicago, who will come to the rescue?

Watch and be amazed at Chicago Children’s Theatre’s This Ability, an all-new, three-part, world premiere web video adventure series, co-created by Daniel Carlton and Nambi E. Kelley. What sets this production apart is it stars a special trio of young actors who, in life, are blind, deaf and have autism, and who each leverage their special power to save a French kitty on the lam. 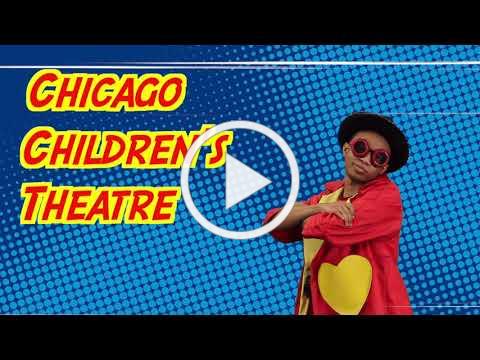 Watch the video trailer for This Ability, Chicago Children's Theatre's new web adventure series by Daniel Carlton and Nambi E. Kelley starring (pictured) Kevin Smith as Akeh The Wonderful, Holly Connor as Faith The Healer, and Kayla Casiano as Moore The Protector. Smith is on the autism spectrum, Connor is blind and Casiano is deaf. Visit CCTV to screen the same trailer with audio description or captioning.

This Ability, episode one, was released December 15th for free, on demand viewing via CCTV: Virtual Theatre and Learning from Chicago Children’s Theatre. CCT’s new live action web series is rich in mystery, intrigue and high-stakes action, all fueled with a graphic novel vibe, and it’s ready to entertain and engage children ages six and up, along with their parents, caregivers and teachers.

Episode one runs 13 minutes, and introduces the first This Ability superhero, Akeh The Wonderful, a young autistic person who uses his popular hashtag #thisability to start the search for the runaway kitty.

As news spreads in episodes two and three, will Moore The Protector, a young deaf person, and Faith The Believer, a young blind person, be able to follow Akeh’s lead and learn to use their superpowers to save the day? 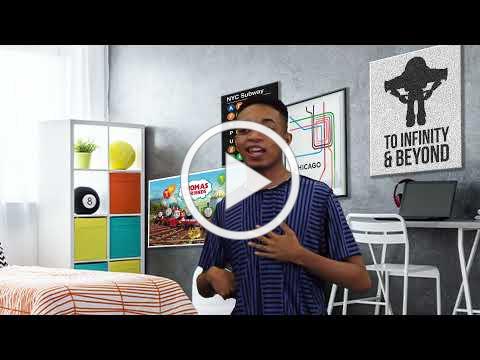 Enjoy episode one of This Ability, featuring Kevin Smith as Akeh the Wonderful, released earlier today. The same episode is also available with audio description for audiences who are for blind or have low vision, and captioning for viewers who are deaf.

Episode one introduces Kevin Smith as Akeh The Wonderful. Smith is a 17-year-old Chicago resident who was “discovered” taking theater classes through Chicago Children’s Theatre’s own Red Kite Program. He is on the autism spectrum.

Episode three culminates the series with the tale of Faith The Healer, played by Holly Connor, a 17-year-old singer, actor and musician from St. Louis. Connor has blindness and autism. She also is a musical savant with instant memory, or the ability to recall everything after a few instances of exposure. Connor has performed professionally in plays and musicals and as a soloist around the U.S.

Two Chicago actors, Time Brickey and Lily Emerson, are never seen on camera but voice all of the adult roles, including moms, dads, a newscaster, teenagers, a French woman, a professional cat handler and an animal rescue worker.

Each episode frames the actor with a fun, fast-paced, entirely unique, comics-inspired animation style meant to convey the distinct ways CCT’s newest superheroes/sheroes each experience their world, challenging perceptions of what it means to be a hero.

Naturally, creating a fully accessible and inclusive film set was key when production began at Chicago Children’s Theatre this past October. Each young actor was paired with their own professional access specialist who worked alongside the actor, creative team and production crew every step of the way. Three cheers for This Ability blind and low vision specialist Elijah Eiler, who worked with Holly Connor, ASL interpreter Patti Shore Kaden, who supported Kayla Casiano, and autism consultant Charlotte “Chuck” Gruman, who collaborated with Kevin Smith, along with Sam Mauceri, CCT’s Director of Education and Access Programs.

Daniel Carlton (story, co-writer, director) is an actor, storyteller, playwright, poet, director, teaching artist who has appeared on New York, national, and international stages. His work has also been presented in schools, jails, homeless shelters, libraries, and every imaginable place to perform or present. Most recent projects with partner Nambi E Kelley include her work in progress for free public presentation at Little Island for The New Victory Theater Labworks Program, and director of digital and upcoming in-person tour of Jabari Dreams of Freedom, which will culminate in a run at The New Victory Theater NYC. Co-writer with Kelley, Syracuse Stage Education So Journey To The Truth (Tour). Director of Translation of Likes at Western Carolina University. Director of the devised play Breathe Behind The Mask at the University of Iowa (Kelley led the Playwrights in developing the script). Director of Blood for Gainesville Theater Alliance. Writer of the commissioned Radio Play Your Invite Too for Harlemstage (Kelley played the other lead character). Other credits include director of the upcoming Freedom Riders Play tour (Mad River Theater Company), performing in Finding North by David Gonzalez (both live and digital tours) and Check Yo Invite 1 (Harlemstage commission), writer and director of March On (Apollo Theater NYC), School Day Live (National Black Theater Festival, Arron Davis Hall, NYC, National and Community Tour), writer/performer Pigfoot Mary Says Goodbye To The Harlem Renaissance (Metropolitan Theater NYC, touring show of the Negro Ensemble Company), co-writer (with Michael Green) A Whistle In Mississippi, director and co-writer with Dan Zane of the workshop of Night Train 57 (Kennedy Center). His storytelling show The Eagle In Harlem And Other Tales has been seen by thousands of family audiences. He is currently collaborating as a performer, dramaturg and facilitator with Choreographer Iquail Saheed for Public Enemy.

​​​​Nambi E. Kelley (co-writer, co-director) is an award-winning actress/ playwright/director who ascended through Chicago’s live theater scene and is now a nationally acclaimed theater artist. Kelley is not a newcomer to Chicago Children’s Theatre, however, which presented the 2016 world premiere of her original play for young audiences, Jabari Dreams of Freedom, to much critical and box office acclaim. Jabari is now on a national tour premiering in New York at the New Victory Theatre in Spring 2022 directed by Daniel Carlton. Kelley’s adaptation of Richard Wright’s Native Son had already taken Chicago by storm when it premiered in a Court Theatre/American Blues co-production. Native Son went on to be produced around the country, and premiered in 2019 off Broadway, earning an AUDELCO Award for Best Play. She is a former Dramatists Guild Fellow and has been a writer in residence at New York’s New Victory Theatre through the LabWorks Program for BIPOC artists, at the National Black Theatre and at Goodman Theatre. Kelley was chosen by Toni Morrison to adapt Morrison’s Jazz, which premiered at Baltimore Center Stage in 2017. Awards include the 2020 NNPN annual commission, the Prince Prize 2019, and a Dramatists Guild Foundation Writers Alliance Grant 2018-19. An executive story editor, Kelley recently served as a writer on Fox's Our Kind of People, Showtime’s The Chi, and is in development with several other film and TV projects. As an actor, Kelley has performed across the country, including many shows at Goodman and Steppenwolf. Most recently she played the lead role in Dominique Morisseau's Pipeline at City Theatre in Pittsburgh, in the critically acclaimed Off Broadway two-hander Kunstler, and Two Trains Running at Goodman Theatre. Acting TV credits include Elementary, Person of Interest, Madam Secretary, Chicago PD and Chicago Justice. In 2018, Kelley made her directorial debut at TheatreWorks Colorado Springs, the first African-American female to helm a production in their over 40-year history. nambikelley.com

(Top, from left) Kayla Casiano is Moore The Protector and Holly Connor is Faith The Healer. (Bottom, from left) Kevin Smith is Akeh The Wonderful. Over the course of three episodes, the This Ability! superheroes use their unique powers to find a celebrity cat lost on the streets of Chicago.

This Ability is the third digital production to emerge from Chicago Children’s Theatre’s Springboard Project, an initiative launched in 2020 to foster new works made especially for today’s young people. It is launching as a virtual production, but in future iterations could be a live play in three acts.

The first project to launch via Springboard was Diamond’s Dream, a contemporary puppet film by Jerrell L. Henderson and Caitlin McLeod about a teen on the CTA Red Line train who confronts the ghost of a child victim of the 1918 Spanish flu, released in January 2021. On October 11, National Indigenous People’s Day, CCT released The Relocation of Nokwsi, created, written and narrated by Robert Hicks Jr., set during an overlooked moment in history when American Indians were coerced to move to urban areas and assimilate into mainstream society.

With the new year comes the world premiere live production of Leonardo and Sam, based on the beloved children’s books by Mo Willems, created by Chicago’s wildly inventive Manual Cinema (January 29-February 27, 2022). Next, dreams will come true in the spring when CCT presents the world premiere of Carmela Full of Wishes, adapted from the book by Matt de la Peña and Christian Robinson (Last Stop on Market Street), (April 23-May 22, 2022). Single tickets are on sale now at chicagochildrenstheatre.org.  ﻿