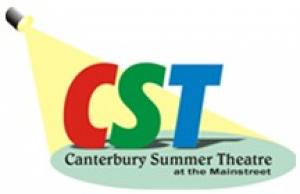 June is here, and that means Canterbury Summer Theatre is back.  Canterbury opened the season with a rather eerie play, The Thin Place by Lucas Hnath, directed by David Graham.  If you like hearing/reading/watching spooky ghost stories, this is the play for you.  I’m not really into this genre, but I have to say, I felt a prickle of unease once or twice.  3 ½ Spotlights

Apparently, The Thin Place is where those on the ‘other side’ can come through, where communication with the dead is possible, or maybe it’s the place where two portals line up.  At any rate, people either believe or they don’t believe – there’s no middle ground.

Hilda (Alice Franssen) tells a story about her grandmother who raised her since her mother was mysteriously ‘missing’.  Her grandmother, who truly believed people could communicate with the dead, tried to teach her how to communicate but Hilda hasn’t been able to reach her. 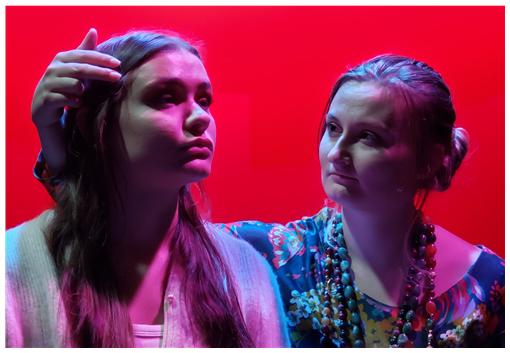 Hilda went to a séance conducted by Linda (Kristina Drendel), a professional psychic, hoping Linda could help her reach her grandmother. Hilda was hopeful after the sitting, so when Linda invited her to a party, she accepted the invitation.  The other guests, Jerry (Massimo Manfredini) and Sylvia (Kendall Shamus), hint that Linda was ‘run out’ of England.  Linda admitted that she wasn’t really a psychic, instead using tricks, leading questions, and non-verbal cues, to ‘help’ people reach those on the other side.

When Hilda explains that she believes that the world is filled with ‘thin places’ where we come very close to whatever is beyond that portal.  She says something to the effect that it’s sort of like watching an octopus pressing up against the glass of an aquarium- except there’s no glass – and no octopus.  Moody lighting helps make it even scarier after that. 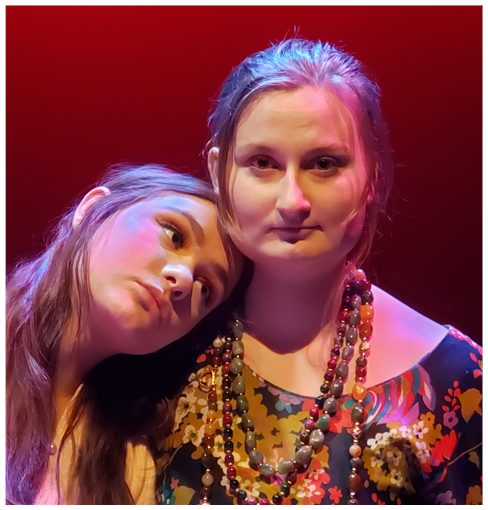 Canterbury Summer Theatre is unique in that it’s the only summer stock theater in northwest Indiana.  At CST, that means a summer schedule of at least five plays/musicals, with a new production opening immediately after another closes.  CST also has a resident cast and crew from across the country.   Artistic Director Ray Scott Crawford is returning for his 37th year as AD, his 42nd with the company.  Associate Artistic Director David Graham returns for his 31st year.

This summer’s first production, The Thin Place, only ran for one weekend, closing June 18th.  Next up at Canterbury, Streakin’ Thru the 70s, running June 22nd through July 2nd.  Ordinarily I would have gone to that opening and written about the performance here.  Unfortunately, I got sick and haven’t been able to get there.

The rest of the summer schedule includes The World Goes Round: The Music of Kander and Ebb, July 6th through 16th; No Way to Treat a Lady, July 20th through 30th; and the final show, Sylvia, August 4th, 5th and 6th.

Performances are Wednesdays and Thursdays at 2:00 pm, Fridays at 7:30 pm; and Saturdays at 6:30 pm.  Tickets are $20 with discounts for seniors and students.  Canterbury Summer Theatre is located at 807 Franklin Street, Michigan City.  FYI (219) 874-4269, www.canterburytheatre.org.