It Came from Outer Space, a zany, rollicking musical adaptation of the 1950s sci-fi classic, begins performances at TheatreSquared (477 W. Spring St., Fayetteville) on August 24 and will run through September 18. Tickets, from $20-$54, can be purchased by calling (479) 777-7477 or by visiting www.theatre2.org.

"Amazing sights the human eye has never seen!" reads the 1953 movie poster for It Came From Outer Space, Universal Pictures’ sensational, 3-D sci-fi movie. As directed for the stage by Laura Braza, this musical adaptation brings those thrills and chills to live theatre. Award-winning co-creators Joe Kinosian and Kellen Blair have taken all of the creativity, laughter and musical finesse they perfected with the New York Times Critics’ Pick Murder for Two and channeled it into an even stranger story. When an astronomer from a small town encounters a spaceship in the desert, the town treats him as a laughingstock—until some citizens start acting very odd.

Are the aliens here to conquer the Earth? Or...do they come in peace? 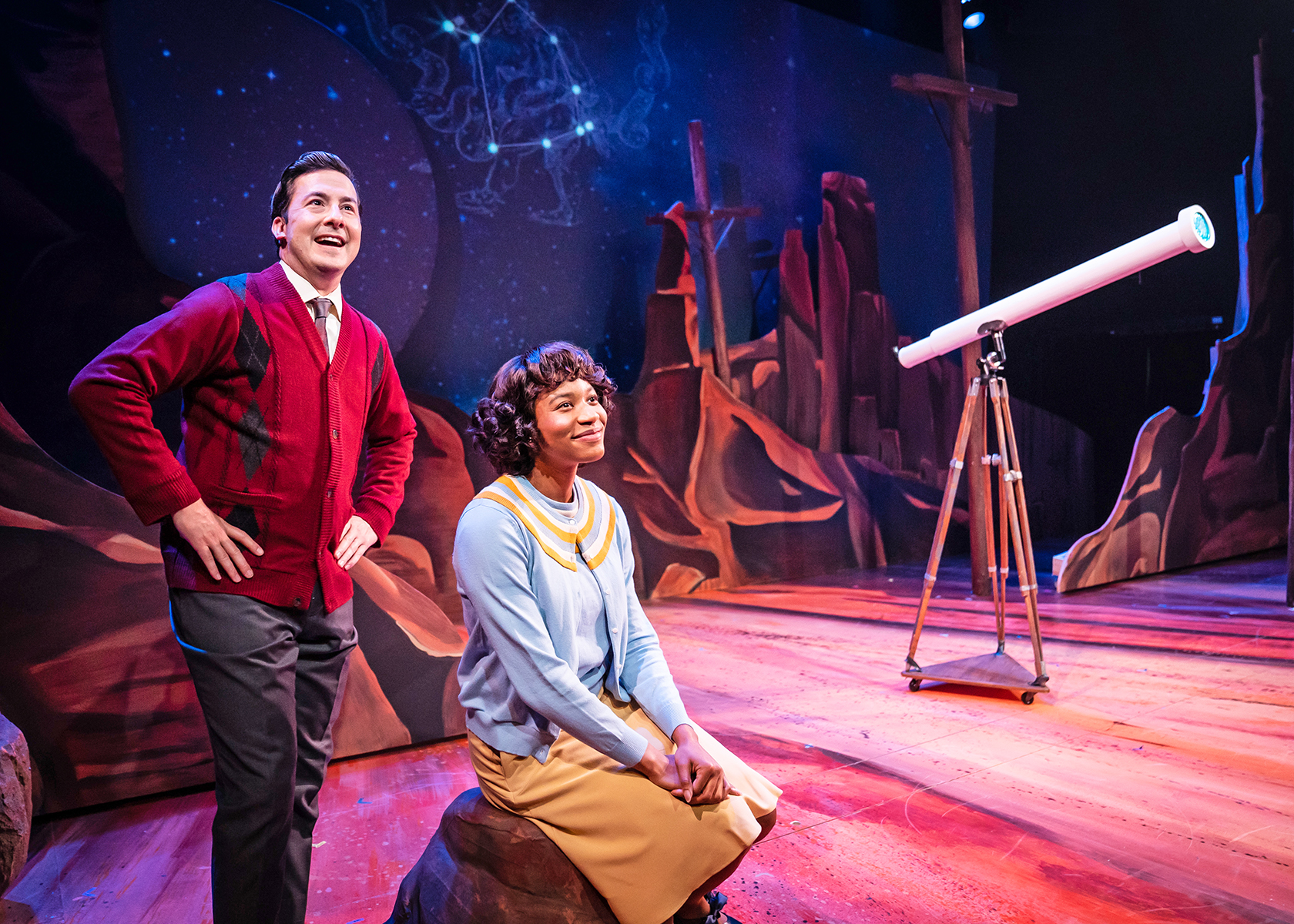 Chicago Shakespeare's world premiere production of It Came From Outer Space, based on the Universal Pictures film.  Photo: Liz Lauren

"Sometimes, the best, acclaimed creative minds align under the guidance of two top-notch producing theatres, and the end result is just ridiculously funny," said T2 Artistic Director Robert Ford. "Audience members should be cautioned that it will be challenging not to repeatedly ugly laugh in public. But it’s also a play full of heart and meaning, with plenty of crafty theatre magic—Northwest Arkansas is going to love it."

Co-creators Joe Kinosian and Kellen Blair are well known to the TheatreSquared audiences as the authors of Murder for Two, the award-winning murder mystery musical comedy that was produced at T2 during the 2020/2021 season.

Though the new production is packed with hilarious thrills and innovative stagecraft, it also carries a deeper message that’s particularly pertinent today—the original movie was based on a Ray Bradbury short story that emphasizes the need for connection and acceptance.

"One of the things I love about this play is the way it takes us back in time to another era—the 1950s—and explores parallels between that era and our own," says T2 Associate Artistic Director Amy Herzberg, who serves as associate director on the production. "It gently sends up the social mores of the time while reminding us that we still have room to grow when it comes to accepting what’s not familiar."

"Ray Bradbury was so prescient in his depiction of that human trait we see so often—fearing ‘the other’," says Ford. "He’s done an amazing job having aliens stand in for anyone or anything that scares us, just by being different."

"The whole story is about these people trying to figure out ‘How do we get these creatures, these aliens, out of our town?’" co-creator Blair said to journalist Catey Sullivan in an interview in the Chicago Reader in May of last year. "They’re all terrified, even though nobody even sees these aliens at first. There’s just all this fear and hostility, even though, as it turns out, the aliens aren’t that interested in killing anybody, they only want to get home themselves."

Associate Director Amy Herzberg is a co-founder of TheatreSquared (T2) and directs the MFA/BA acting programs at the University of Arkansas. For TheatreSquared, she has directed Shakespeare in Love; Once; Fun Home; Great Expectations; One Man, Two Guvnors; Amadeus; Good People; Bad Dates; The Last Five Years; Moonlight and Magnolias, Next to Normal and A Christmas Carol. Acting credits at T2 include Hamlet; Rapture, Blister, Burn; The Spiritualist; and My Father’s War.

Performances of It Came From Outer Space are scheduled from August 24 to September 18, with 7:30pm performances Tuesday through Saturday and 2pm matinees on Saturday and Sunday. The play is in the West Theatre at TheatreSquared, 477 W. Spring Street in downtown Fayetteville, Arkansas. Tickets range from $20-$54. All fees are included, with no additional charges at checkout.

Subscription packages for TheatreSquared include full seven-play packages starting at $105, with four-to-six-play flex packages starting at $89. Benefits for season ticket holders include savings of up to 20% on every show, free unlimited exchanges, discounted reserved parking, and same-day discounts in The Commons Bar/Café and other T2 Restaurant & Hotel Partners.

Through T2’s Lights Up! For Access program, with lead support from the Walmart Foundation and the Willard and Pat Walker Charitable Foundation, SNAP benefit recipients can purchase $1 tickets, while students and patrons under the age of 30 can purchase $10 tickets. Fully subsidized, free tickets are also available for clients of a number of local community service organizations. For more information, visit www.theatre2.org/lights-up.

Subscription packages and single tickets can be reserved by calling TheatreSquared at (479) 777-7477 or by visiting www.theatre2.org/subscribe.

TheatreSquared’s signature offering of bold new plays in an intimate setting has driven its growth to become the state’s largest theatre, offering more than 350 performances annually in two intimate spaces and online. The playwright-led company is one of mid-America’s leading laboratories for new work, having launched more than 60 new plays. Notable collaborators have included Bryna Turner, Anne García-Romero, Pulitzer Prize finalist Lisa D’Amour, Qui Nguyen, Mona Mansour, Tony Award nominee Lee Blessing, Amy Evans, and many others. TheatreSquared’s remarkable expansion—with a twentyfold increase in audience in just the past decade—parallels the emergence of its home region in the northwest corner of Arkansas as a booming population center and destination for American art. Offering far-reaching access and education programs and an open-all-day gathering space, The Commons Bar/Café, TheatreSquared remains rooted in its founding vision, that "theatre—done well and with passion—can transform lives and communities." 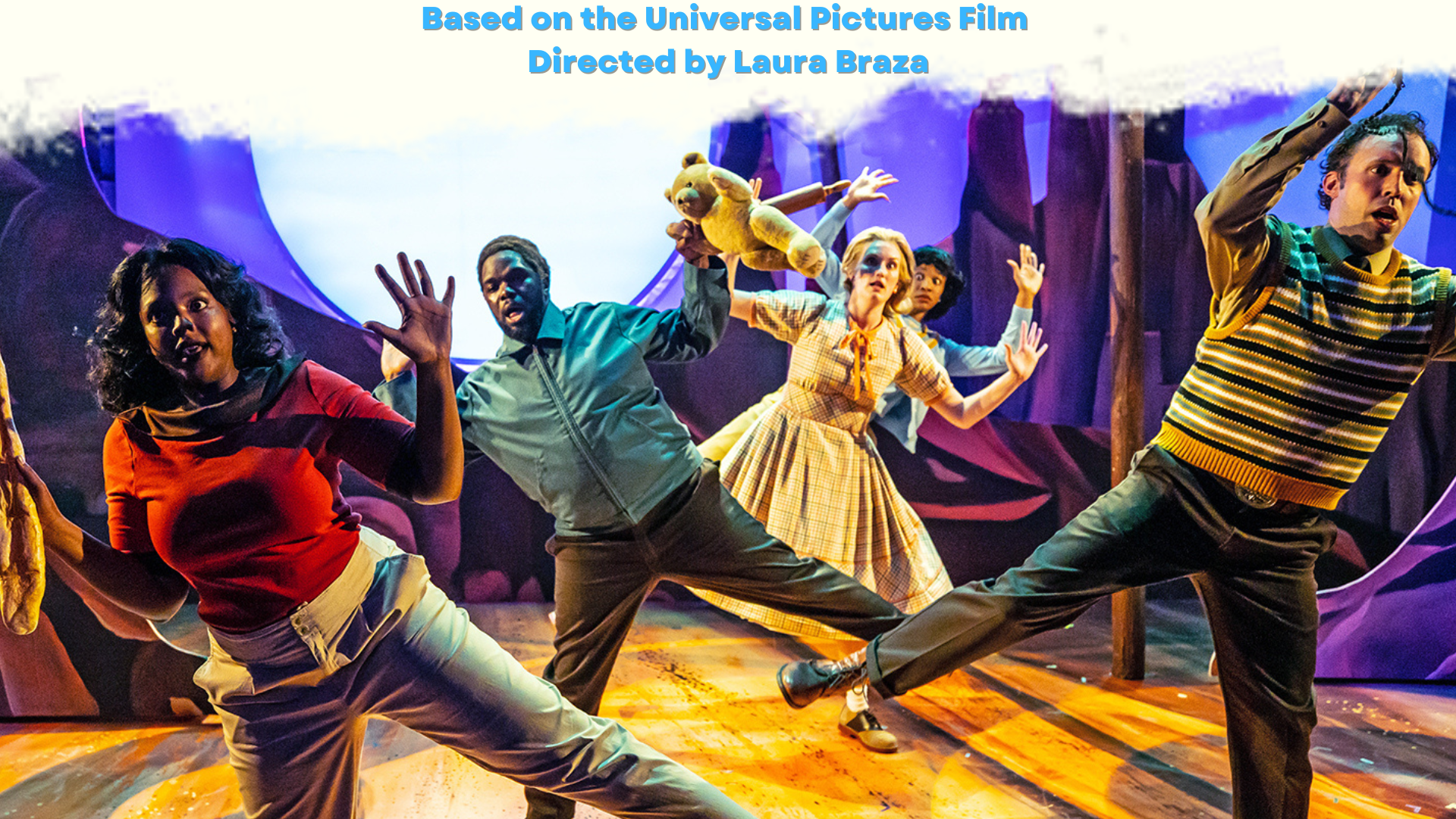