Theater Wit's hilarious Who's Holiday! back by pop demand 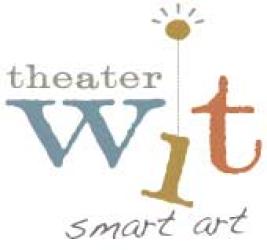 Christmas Day is in our grasp. Why the vodka? Glad you asked!

Theater Wit announces the return of Who’s Holiday!, a hilarious night out with a booze-guzzling, cigarette-smoking, 40-year-old Cindy Lou Who as she recalls the fateful night she met The Grinch, and the sordid events that happened after, November 25-December 30, 2022. Press opening is Monday, November 29 at 7 p.m.

Veronica Garza is Jeff nominated for solo performance for her portrayal of Cindy Lou Who in Theater Wit’s 2021 Chicago premiere of Who’s Holiday! by Matthew Lombardo, directed by Christopher Pazdernik. Who’s Holiday! is back for its second season due to popular demand, Nov 25-Dec 30, 2022. Photo: Charles Osgood

﻿Who’s Holiday! returns to Theater Wit not without controversy. In 2017, the playwright was locked in a legal battle with Dr. Seuss Enterprises over accusations of copyright infringement, delaying the play’s New York premiere for nearly a year. Ultimately, a U.S. District Court ruled in Lombardo’s favor, citing his depiction of an adult Cindy Lou Who living in a beat-up trailer in the snowy hills of Mount Crumpit as “fair use.”

Freed of litigious red tape, Who’s Holiday! went on to be hailed “a raunchy riff on Dr. Seuss’s yuletide tale” (New York Times) that “dares to be as tasteless as possible while replicating Seuss’s trademark rhythms” (Time Out New York).

Chicago’s critics lapped up Theater Wit’s 2021 Chicago premiere, too. “Highly Recommended” said the Chicago Reader, with the best pull quote of all, “I loved this show!” ChicagoTheatreReview.com agreed “Garza is a comic genius,” adding Who’s Holiday! is “a very funny, often poignant production guided with panache by an excellent director.”

﻿Don’t miss this wildly funny, yet heartfelt adults-only romp about the twisted turn of events Cindy Lou Who’s life took after her encounter with a green furry outcast attempting to burgle Whoville of its holiday cheer.

Theater Wit is located at 1229 W. Belmont Ave., in the Belmont Theatre District in Chicago’s Lakeview neighborhood. Parking is available in a lot across the street from the theater, behind Kubo restaurant, for $8 (pay at the Theater Wit box office.) Neighborhood street parking is also available. Theater Wit is accessible via the CTA 77 Belmont bus, and just three blocks west of the CTA Belmont Red/Brown/Purple line stop.

﻿And what are the holidays without a bit too much eggnog?

Be sure to stop by Theater Wit’s bar for something better, your pick of a Who’s Holiday!-themed seasonal speciality drink like:

Note: Everyone (including audience members) at Theater Wit is required to be vaccinated to enter the building. Each audience member must show proof of vaccination and state ID at the door for admittance. Electronic photos and copies are acceptable. Patrons with medical or religious exemptions may be admitted but must contact the box office a minimum of 48 hours before the performance for additional review and guidance. While Cook County is at Medium risk level or above, all audience members must be masked for the duration of their visit. Masks are required for medical and religious exemptions as well. Visit TheaterWit.org for more details.

Behind the Scenes of Who’s Holiday!

Veronica Garza (Cindy Lou Who, she/her/hers) was last seen at Theatre Wit in Underscore Theatre’s Tonya and Nancy: A Rock Opera. She received a Jeff Award for her role as both Tonya Harding and Nancy Kerrigan's mothers. Other roles include the Deputy in Groundhog Day (Paramount), Roz in 9 to 5 (Firebrand), Sister Amnesia in Nunsense (Milwaukee Rep), Babs in Miracle (Royal George), Prudie in Pump Boys and Dinettes (Theatre at the Center and Timberlake Playhouse), The Homeless Lady in A New Brain (Theo Ubique), Lucy in A Charlie Brown Christmas (Broadway Playhouse) and the Fortune Teller in Sideshow (Porchlight).

Christopher Pazdernik (director, any pronouns) made his Theater Wit debut with Who’s Holiday! In Chicago he is best known for three seasons as Artistic Director of Refuge Theatre Project (Jeff Awards, Best Director and Best Production of a Musical, High Fidelity) and a long association with Porchlight Music Theatre, including directing eight Porchlight Revisits productions and three years working in producing, casting and company management. Currently, he is the Managing and Casting Director for Theo Ubique Cabaret Theatre, where he directed Godspell earlier this season. Also an openly HIV+ artist, Pazdernik is the founder and producer of Belting for Life, an annual benefit concert for Howard Brown Health, and co-captain of Team Option Up! for AIDS Run/Walk Chicago.

Matthew Lombardo (playwright, he/him/his) Broadway: High with Kathleen Turner at the Booth Theatre and Looped starring Valerie Harper in a Tony-nominated performance at The Lyceum Theatre. Off-Broadway: Who’s Holiday! (with Lesli Margherita) at the Westside Theatre; Tea at Five (with Kate Mulgrew) at the Promenade Theatre; Mother and Child (with Ann Wedgeworth) at Second Stage; End of the World Party at the 47th Street Theatre (director) and Guilty Innocence at The Actors’ Playhouse. His work has been produced at such prestigious theaters as Hartford Stage, Cleveland Playhouse, American Repertory Theatre, Seattle Rep, Arena Stage, Pasadena Playhouse, Cincinnati Playhouse, Repertory Theatre of St. Louis and others. Television credits include Another World (WGA Award Nomination for Outstanding Achievement in Writing). As a producer, he has presented concerts throughout the country for Broadway legends such as Carol Channing, Patti LuPone, Tommy Tune, Bernadette Peters, Barbara Cook, Billy Porter, Betty Buckley, Andrea McArdle and Faith Prince.﻿

Theater Wit, Chicago’s “smart art” theater, is located at 1229 N. Belmont Ave., in the Belmont Theatre District in Chicago’s Lakeview community. Theater Wit is a major hub of Chicago’s neighborhood theater scene, where audiences enjoy a smorgasbord of excellent productions in its three, 99-seat spaces, see a parade of talented artists and mingle with audiences from all over Chicago.