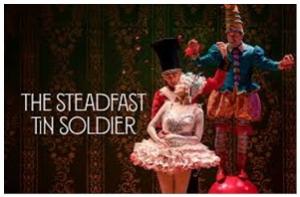 I love going to Lookingglass because you never know what to expect.  The most flexible theater space in the city is a different theater for every show.  For “The Steadfast Tin Soldier”, the audience is on risers facing a traditional stage with a small orchestra pit. 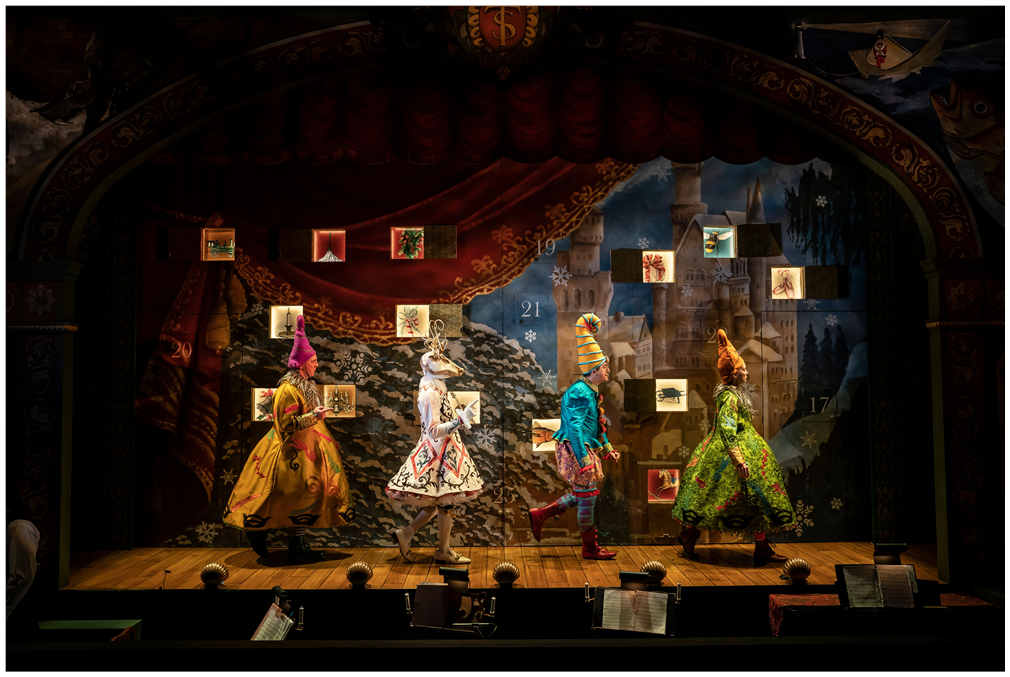 The proscenium (curtain) is a giant advent calendar with 24 numbered doors.  There was activity on stage even before curtain time.  At intervals a bell would ring – or a grandfather clock would chime -  and a costumed character – or two or three – would walk on stage and open one of those small doors revealing toys, etc.  Sometimes, a costumed musician would follow them, then step down into the pit. * A side note: as the story progressed, I realized that every one of those reveals had some relevance in the story.

Although cast members play different parts as well as operating the puppets, their primary roles are: Joe Dempsey, the Nursemaid; Kasey Foster, the Ballerina; John Gregorio, the Rat; Anthony Irons, the Goblin; and Alex Stein, the Steadfast Tin Soldier. 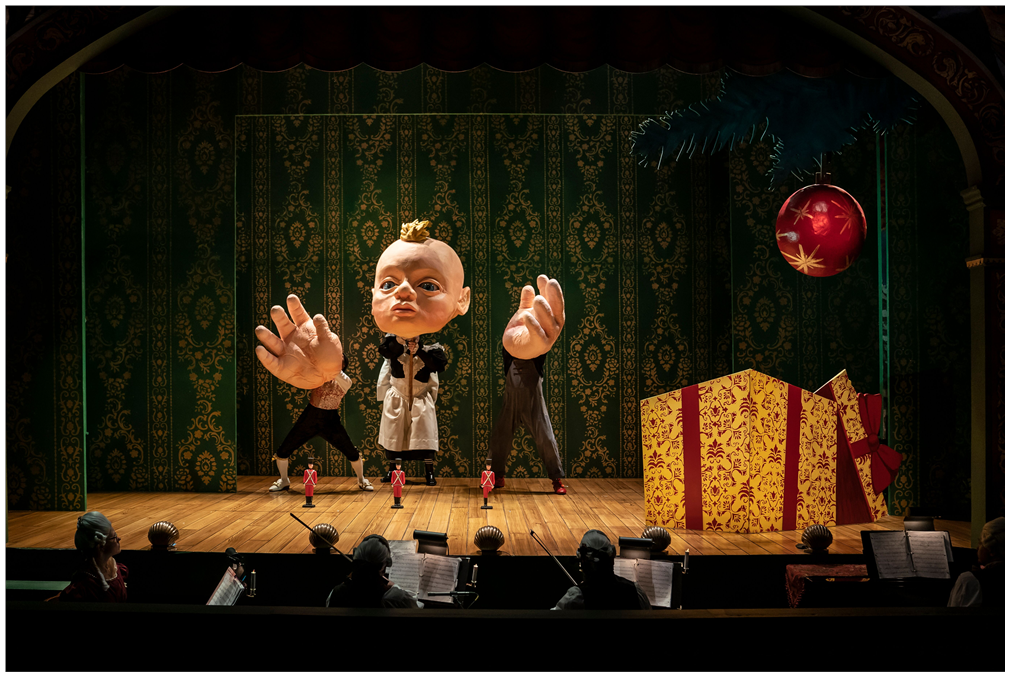 The story opens with a baby – a giant puppet head and two huge but working hands operated by 3 different people – playing with three tiny tin soldiers.  By the way, the puppet baby’s behavior is spot on as he picks up/looks at/investigates the toys.  When he notices that one of the soldiers is missing a leg, he throws it away.  The tin soldier lands behind a doll’s house in the playroom. 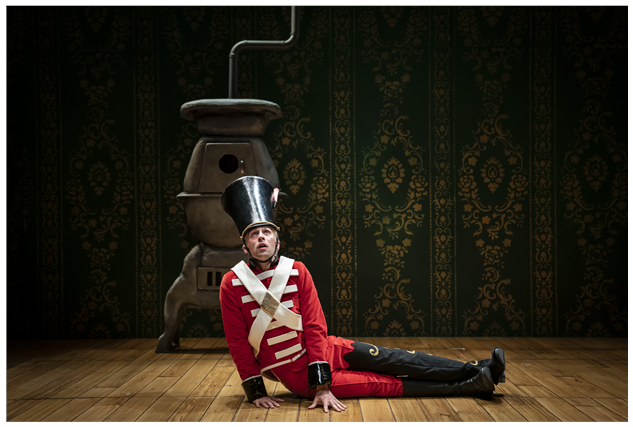 When the proscenium lifts, a life-sized Steadfast Tin Soldier is laying on the floor on his face.  Of course, since this is a real human, the word ‘Missing’ is scrolled along the side of his leg.  Coming to life, the Tin Soldier figures out how to roll over, then how to scoot along, finally bending his body to get upright, then hopping along. 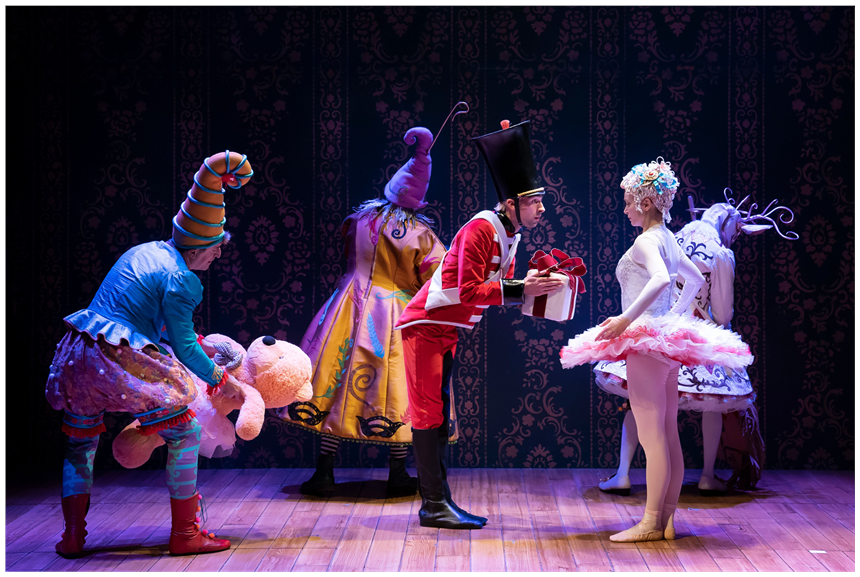 The path of true love is never easy, but the Tin Soldier and the Ballerina have it especially rough.  He’s thrown out a window, swallowed by a fish, fought over by street thugs, and more, while she’s blown around and bullied by the jack-in-the-box.  You’ll have to stay to the end to find out if true love wins out.

Highlights of “The Steadfast Tin Soldier” …

Running time is one hour, no intermission. 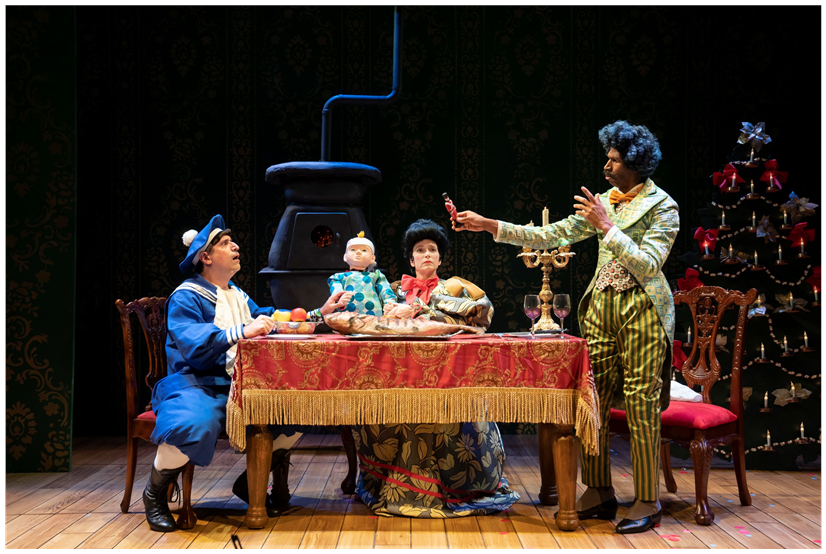