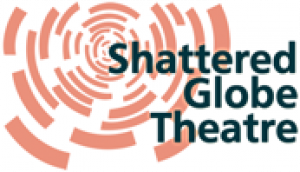 Shattered Globe Theatre is pleased to announce the appointment of Amber D. Montgomery as the company’s first Associate Artistic Director. SGT also welcomes Emma Durbin as its new Marketing and Community Engagement Director and bids farewell to Anna Gelman, who served as the company’s Associate Producer.

Comments Producing Artistic Director Sandy Shinner, “As a woman director and a life-long supporter of emerging theater artists, nothing gives me more professional satisfaction than to have an opportunity to contribute to the careers of young, exciting women directors and playwrights. I am thrilled to welcome Amber Montgomery as SGT’s first Associate Artistic Director and Emma Durbin as Marketing Director. The new perspectives they each bring to SGT will enrich our work and strengthen our organization. Amber, already active in Chicago as an excellent freelance director, will be a strong artistic voice in this new leadership role. Emma’s skills as an up-and-coming playwright will enhance our marketing and engage our community and audiences. I am looking forward to our collaboration.”

Shinner adds, “I would also like to thank Associate Producer Anna Gelman, leaving to pursue her career as a videographer, but who, for almost two years of theater’s forced ‘hiatus,’ has helped SGT stay focused on reshaping and centering its policies to create a more equitable, inclusive theater.” 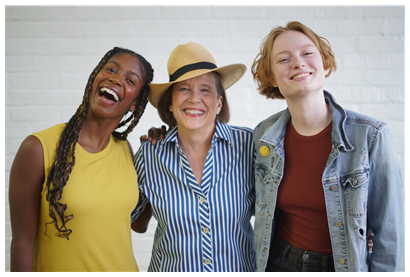 Amber D. Montgomery (she/her) is an emerging director, educator and multi-disciplinary artist from Detroit, Michigan. She has created a career centered around amplifying the voices of Chicago youth and creating work that stands on the legacy of black theater makers before her. Originally trained as an actor, her transition to directing in Chicago has including her associate and assistant directing credits for many major productions including School Girls or the African Mean Girls Play (Goodman Theatre), Sheepdog (Shattered Globe Theatre), LINDIWE (Steppenwolf Theatre), Too Heavy for Your Pocket (TimeLine Theatre), Ma Rainey’s Black Bottom (Writers Theatre), Measure for Measure (American Players Theater) and First Love is the Revolution (Steep Theatre). Her other director's credits include: *upcoming: Snow Queen (The House Theater), Countess Dracula (Otherworld Theater) and hippolytos (Story Theater New Play Festival). She was awarded 2020 FAIR Assistantship at Oregon Shakespeare Festival, 2018 Fellowship at Steppenwolf Theater in their Department of Education/SYA and an internship at Penumbra Theater's Summer Institute: Pedagogies for Social Change. She has attended training programs at the Globe Theater in London and LISPA (Now Arthaus Berlin). Amber holds a BFA in Acting from the University of Minnesota Guthrie Theater BFA Actor Training Program.

Emma Durbin (they/she) is an early-career playwright-dramaturg, currently based in Chicago. Emma is thrilled to bring their perspectives as a playwright and dramaturg to center artists in SGT's marketing and community programs, while making space for new perspectives and collaborators here at Shattered Globe. Emma is especially thrilled to have the opportunity to help connect SGT with other young queer writers through the Global Playwright Series new play development program. Their own work centers women and people who are experiencing gender marginalization, and the bonds they form in search of survival, community and joy. Emma’s play landscape received a virtual reading at Mirrorbox Theatre, closing their 2020 season of virtual new play readings. landscape, Of Our Own and Inside the Palace Royale have also received staged readings at The Theatre School (TTS) at DePaul University’s Wrights of Spring new play festival. Emma recently served as an assistant dramaturg/assistant director for an all-trans/gender non-conforming reading of The Wolves by Sarah DeLappe at Actors Theatre of Louisville, and they dramaturged a workshop of hippolytos by Lane Anthony Flores at The Story Theatre’s New Play Festival last fall. Emma is currently an executive personal assistant for Regina Victor, and a founding member of Cohort 20. They have interned at the Goodman Theatre, Oregon Shakespeare Festival and Ashland New Plays Festival. They also attended the New Play Dramaturgy Intensive at the Kennedy Center with Mark Bly. Playwriting BFA: The Theatre School at DePaul University (2020, Dean's Prize Recipient). Please visit emmadurbin.com for more.