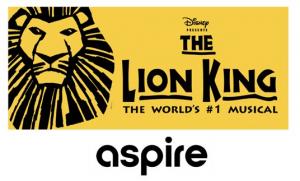 Disney Theatrical Productions and Broadway In Chicago are proud to offer a sensory-friendly performance of Disney’s The Lion King on Saturday, January 7, 2023, at 2 PM at the Cadillac Palace Theatre (151 W. Randolph Street). Performed in a supportive and judgment-free environment, this performance will provide the opportunity for autistic individuals, as well as people with sensory processing disorders and other disabilities, to enjoy the shared experience of live theatre.  This marks the first-ever sensory-friendly performance of a Broadway In Chicago show.

Lou Raizin, President of Broadway In Chicago, states, “We are proud to host this sensory-friendly performing arts experience that welcomes and celebrates inclusion. This event invites children, families, and communities of all ages who may benefit from a relaxed performance environment. Theatre is for everyone.”

Disney Theatrical Productions and Broadway In Chicago are partnering with Aspire, local nonprofit experts in disability inclusion. Aspire's team of accessibility specialists will provide a sensory audit, support environmental planning, train staff and volunteers, and help to ensure an inclusive and welcoming guest experience. Slight adjustments to the production will be implemented, including low house lights, exclusion of strobe lighting, and softened sounds.

This production is open to the public, but customary theater rules will be relaxed. Audience members can stand, move, talk, and make noise as needed, and the lobby will offer quiet spaces and activity areas for families. Guests are encouraged to bring their own sensory items, seat cushions, comfort objects, and extra support items to the theater to use during the performance.

TICKETING
Tickets for this sensory-friendly performance will be available beginning Wednesday, August 3, 2022, at 10 AM (CT). Ticket prices for this special performance begin at $33, with a select number of premium tickets available. Individual tickets are available at www.BroadwayInChicago.com/SensoryFriendly. Patrons may also call 312-977-1700 (press 5) or TTY: (800) 359-2525 or email accessibility@broadwayinchicago.com. Tickets are also available for groups of 10 or more by calling Broadway In Chicago Group Sales at (312) 977-1710 or emailing GroupSales@BroadwayInChicago.com. Open captioning will be available at this performance.

Ticket buyers are reminded that Broadway In Chicago is the only official retail ticket outlet for all performances at the Cadillac Palace Theatre. Ticket buyers who purchase tickets from a ticket broker or any third party should be aware that Broadway In Chicago is unable to reprint or replace lost or stolen tickets and is unable to contact patrons with information regarding time changes or other pertinent updates regarding the performance.

ABOUT THE LION KING
After 24 landmark years on Broadway, The Lion King continues ascendant as one of the most popular stage musicals in the world.  Since its premiere on November 13, 1997, 25 global productions have been seen by nearly 110 million people.  Produced by Disney Theatrical Productions (under the direction of Thomas Schumacher), The Lion King has made theatrical history with six productions worldwide running 15 or more years, with four of those running 20 or more years.

Performed over its lifetime in nine different languages (English, Japanese, German, Korean, French, Dutch, Spanish, Mandarin and Portuguese), productions of The Lion King can currently be seen on Broadway; London’s West End; Paris; Hamburg; Tokyo; Madrid; on tour across North America, Japan and the U.K. & Ireland, with a separate production touring internationally, for a total of ten productions running concurrently across the globe.  Having played over 100 cities in 21 countries on every continent except Antarctica, The Lion King’s worldwide gross exceeds that of any film, Broadway show or other entertainment title in box office history.

The show’s director, costume designer and mask co-designer Julie Taymor continues to play an integral part in the show’s ongoing success.  The first woman to win a Tony Award for Direction of a Musical, Taymor supervises new productions of the show around the world.

The Broadway score features Elton John and Tim Rice’s songs from the Lion King animated film along with three new songs by John and Rice; additional musical material by South African Lebo M, Mark Mancina, Jay Rifkin, Julie Taymor and Hans Zimmer; and music from "Rhythm of the Pride Lands," an album inspired by the original music in the film, written by Lebo M, Mark Mancina and Hans Zimmer.  The resulting sound of The Lion King is a fusion of Western popular music and the distinctive sounds and rhythms of Africa, ranging from the Academy Award®-winning song “Can You Feel the Love Tonight” to Lebo M’s rich choral numbers.

Elton John, Lebo M, and Hans Zimmer all collaborated on the 2019 version of the film, executive produced by Julie Taymor and Thomas Schumacher, which has gone onto extraordinary worldwide success.

ABOUT ASPIRE
At Aspire, we show the world what together really means. Since 1960, we have never wavered from this one shared purpose: To be an ally to people with disabilities, working together to pursue greater possibilities—and create better communities in the process. Supporting the Chicagoland area and Southern Wisconsin (and growing!), we invite you to build boundlessly inclusive communities with us. Find out more at aspirechicago.com.

ABOUT BROADWAY IN CHICAGO
Broadway In Chicago was created in July 2000 and over the past 22 years, has grown to be one of the largest commercial touring homes in the country. A Nederlander Presentation, Broadway In Chicago, lights up the Chicago Theater District entertaining more than 1.7 million people annually in five theatres. Broadway In Chicago presents a full range of entertainment, including musicals and plays, on the stages of five of the finest theatres in Chicago’s Loop, including the Cadillac Palace Theatre, CIBC Theatre, James M. Nederlander Theatre, and just off the Magnificent Mile, the Broadway Playhouse at Water Tower Place and presenting Broadway shows at the Auditorium Theatre.