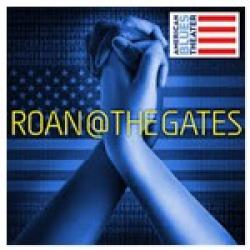 Nat (Jasmine Bracey) is sitting on her bed working on her laptop while her wife, Roan (Brenda Barrie), reads a book.  Nat is worried because Roan has an upset stomach.  That wouldn’t normally be a big deal, but Roan has a business trip in the morning.  Nat thinks she should put off the trip, Roan says she can’t. 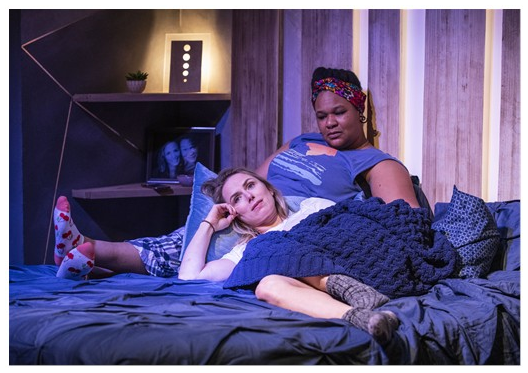 Nat, a civil rights lawyer, is working on a new case.  She’s under a lot of stress at work, but she vents a lot of it at home which helps.  They have a good life together and they’re looking forward to having a baby, finally thinking about when to use the frozen embryos they have in storage.

The next time we see Roan, she’s hiding in a small room in an airport somewhere.  When Nat rushes in, she wonders how she even found her.  Nat was practically hysterical as she recounted how the FBI had raided their home, confiscating everything electronic they owned, including the TV.  Obviously she wanted to know what Roan had done. 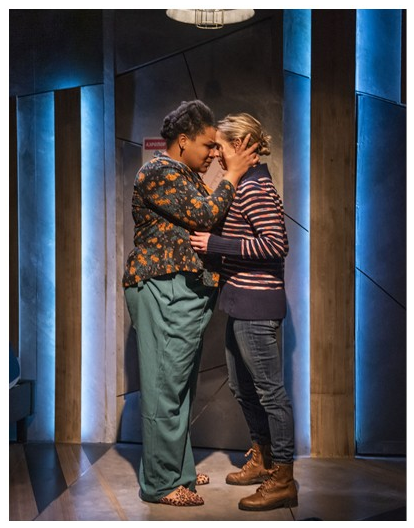 Roan was still explaining why she was in the airport - she’d flown to Hong Kong, taken care of business, then got on a flight to Moscow with a connection back home.  When she got to Moscow, she found out her passport had been revoked and a warrant has been issued for her arrest.  She finally told Nat that she worked for the NSC, and that she’d developed software which gathered data about people from phones, computers, tablets, Siri, Alexa and so on.  She thought they’d use it for tracking foreigners, but now they’re tracking everyone.  She flew to Hong Kong to meet a reporter and give her the software.

When next they meet, the Russians have moved Roan to a dacha somewhere in the country.  She’s hoping they’ll give her asylum, since no other country will.  Nat is livid because Roan continues to take the advice of the reporter’s lawyers and ignore own partner.

Nat doesn’t understand how she could do something so drastic without even talking to her wife.  They’re reduced to face-to-face communication online, when the Russian internet works.  Eventually even that breaks down and they can only communicate by text. 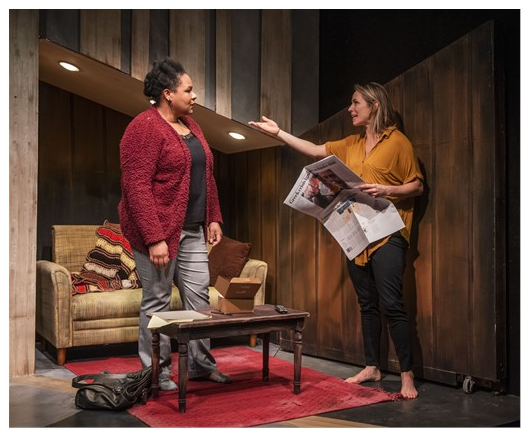 This play is short but intense.  It works because Barrie and Bracey are such strong actors.  Kudos to Director Lexi Saunders.

I really liked the set which was designed by Sarah Ross.  At first glance, it’s just a bedroom.  With the addition of flashing red lights and a couple of signs, it became an airport.  Opening a panel reveals a sofa and table located somewhere in Russia.

A note for all my Northwest Indiana readers:  Brenda Barrie, a Whiting/Robertsdale native and Clark graduate, is making her mark in the Chicago theatre scene.  She had recently been nominated for a Jeff Award for her part in the Lifeline Theatre production of “Mariette in Ecstasy” when I interviewed her in early 2010.

She said then that she discovered theater when her mother, Lynda Sonday, and sister, Violet Stephanson, took her to a performance of “Our Town” at Marian Theatre Guild. “Before that, I had no idea that live performance could have such an impact,” Barrie said.  When she was a junior at Clark High School, Barrie auditioned for a part in their school play, “House of Blue Leaves.” Barrie landed the lead, playing a character named “Bananas” that is crazy but full of emotional depth. “I decided then and there that I wanted to do this for the rest of my life.”