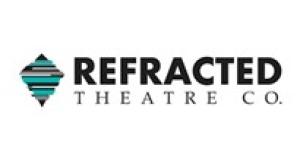 Comments RefrAction Lab Dramaturg Kenya Ann Hall, “I have loved working with Refraction Lab this year. We’ve really assembled a beautiful group of playwrights; talented, smart people who can really just give each other insightful feedback. And just being in a room where we’re talking about these complicated issues – but in a way that humanizes them and personalizes them and distills them down to something really simple and very human – I think that’s been very effective work we’ve been doing in that room. And I’m really excited for all the playwrights to be able to present their work and for the audience to try to figure out what conversations lead to this work.”

Running time: two hours including "Refracted Reflections" a talkback with dramaturg Kenya A. Hall and the playwrights.

The Quarrel Floor by Adonis Holmes

Akna, At The End by maiya a. corral

Running time: 90-minutes run time including "Refracted Reflections" a talkback with dramaturg Kenya A. Hall and the playwrights. 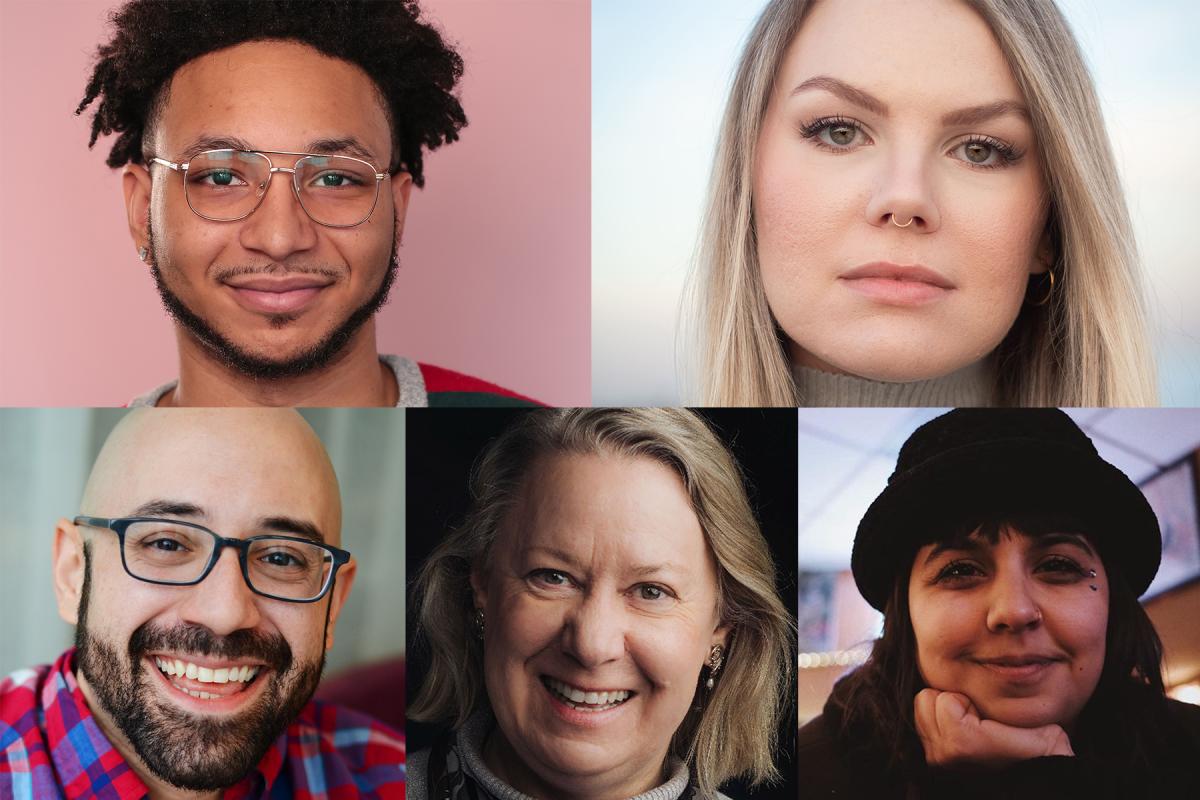 Adonis Holmes (he/him/his) is a writer, performer and comedian out of Chicago. Adonis graduated from the University of Illinois, Urbana-Champaign with a Bachelor’s in Psychology and Anthropology. Having produced, directed and written several shows in the Champaign-Urbana community, he started taking improv classes and regularly performing at the IO Theatre. Adonis has been featured in several sketch shows throughout the city, including Chicago Sketch Fest and the Best of Annoyance sketch show. He is currently a member of Devil's Daughter Improv, an ensemble member on the Annoyance House team, Mummy, and serves as the Co-Artistic Director of IO Theatre.

Alica Daine Benning (she/her/hers) is a playwright and performer hailing from a tiny town in the rural Southwest. She holds a BFA in Acting from the University of Southern California, and recently earned her MFA in Writing for the Screen & Stage from Northwestern University. Alica is passionate about telling stories that center mental health, trauma, dysmorphia, misogyny and the female experience. Her plays explore the intersections of wellness and identity through complex and relationship-driven narratives which are poignant and darkly funny. Alica is currently based out of Chicago, where in her free time she is a hobbyist figure skater, rock climber, film photographer and watcher of love-themed reality TV shows. She vows never to attend a Cubs game.

Ryan Oliveira (he/him/they/them) is a playwright, dramaturg, songwriter and solo performer. His work has been produced with Pride Films and Plays, as well as Nothing Without a Company. He has developed new plays with The New Coordinates, Broken Nose Theatre, El Semillero, Prop Thtr, Chicago Dramatists and Teatro Vivo. A Disquiet Luso-American Fellowship finalist, his play, Take Care, was also a finalist for the O’Neill Theatre Conference (2020, 2021) and New Harmony Conference (2020). As a dramaturg, Ryan has collaborated with The New Coordinates, 16th Street Theatre and Teatro Bravo to help develop new work. He’s also a karaoke aficionado.

Amy Crider (she/her) has a BA in Theater and an MA in Education from Goddard College.  She has been semifinalist for the O’Neill and the Princess Grace Award, and third place for the James Stevenson Prize. Her play Fourteen won the Tennessee Williams One Act Play Contest in 2021. Her novel “Disorder” was recently published by the University of New Orleans Press, where it won their Lab Prize.  She produces a podcast featuring audio versions of her work, called “Continuous Dream,” based at www.continuousdream.com. Her website is www.amycrider.com.

maiya a. corral (she/her) is a queer Mexican storyteller and educator from the San Francisco Bay Area. She currently lives on occupied Council of Three Fire land where she builds artistic home with her community. As an actor, director and playwright, her work has been produced with the neighborhood theatre Chicago, University of Idaho, Florida International University and nationally recognized at The Kennedy Center American College Theatre Festival in Washington, D.C. As an educator, she practices anti-racism training and storytelling with students, exploring intersections of art and social consciousness through playmaking and creative writing. Her storytelling explores humanness through the deep waters of loss, ancestry and magic.

Kenya Ann Hall (RefrAction Lab Dramaturg) is an actress, writer, director and dramaturg based in Chicago, raised in Oakland, CA. Her writing has been featured at Mudlark Theater Company, Victory Gardens as part of the Each & Her Performance showcase, the inaugural Ain’t I a Woman Festival, the 2015 Northwestern Senior Writing Showcase, and received honorable mention for the Dr. Floyd Gaffney Playwriting Award. Her dramaturgy credits include Kill Move Paradise (asst./Timeline Theatre), Saint Joan (Poetic Forum Collective), The Good Fight and The Lady Demands Satisfaction (Babes with Blades). She is an artistic associate at Prop Thtr, a graduate of Northwestern University and is represented by BMG Talent.