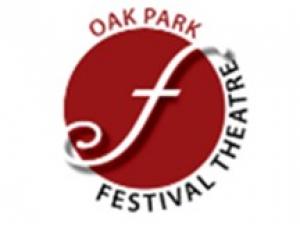 After the company’s first summer away from Austin Gardens park in 46 years in 2020, Oak Park Festival Theatre returns to its outdoor home, located in downtown Oak Park, with “The Tempest,” by William Shakespeare, directed by Barbara Zahora. The production will be staged July 15-Aug. 21; press night is July 17.

"Our company was built on a foundation of Shakespeare and classic plays, and as the world continues to move toward healing from the events of the last year, we're happy to bring a story about forgiveness and healing back to our park with ‘The Tempest,’” said Oak Park Festival Theatre artistic director Barbara Zahora. “We're also consciously working to expand our vision to one in which everyone is represented and celebrated on our stages, and we're excited to be celebrating the work of contemporary BIPOC playwrights in our virtual offerings, ‘Nat Turner in Jerusalem’ and ‘The Venetians.’”

"As we return to in-person performances, the health and safety of our audience and artists are paramount,” says Oak Park Festival Theatre managing director Bryan Wakefield. “We have been preparing COVID-19 protocols for the last year to make sure everyone from audience members to actors to crew members feel safe. We are fortunate that our park is large enough to ensure that each grouping of audience members can easily be seated in a space where they are socially distanced from other patrons. We also have contactless check-in and concessions, and readily accessible sanitization stations. We look forward to working with the Oak Park Department of Public Health and the Actors' Equity Association to ensure the smoothest and safest experience possible.”

The consequences of isolation and othering are brought to bear in this brand-new play by critically acclaimed young Puerto Rican playwright Matthew Barbot. “The Venetians” juxtaposes some favorite characters from Shakespeare's “Othello,” “The Merchant of Venice,” “Titus Andronicus,” and many others. This play was honored as winner of Roundabout Theatre Company’s 2019 Columbia@Roundabout New Play Series. Casting will be announced at a later date.

The world is turned upside down in Shakespeare's “The Tempest” when a ship is caught in a magical storm conjured by the powerful wizard Prospero. Compassion, forgiveness, and grace in exile are found on an island of magic and mystery, spirits and monsters, and the love that comes from rediscovery. Casting will be announced at a future date.

“The Madness of Edgar Allan Poe: A Love Story”

On the night of his legendary and mysterious death, Edgar Allan Poe relives the torment of his life and loved ones through his famous, blood-curdling stories which haunt him after his beloved wife's early death. Audiences will be fully immersed within the prose and poetry of Poe as they travel through the historic landmark Pleasant Home. The Oak Park Festival Theatre’s production brings to life Poe’s most famous and chilling tales, literally tap, tap, tapping at the chamber door. Director will be announced at a later date.

Oak Park Festival Theatre is Oak Park’s premiere Equity theater, and the oldest professional outdoor classical theater in the Midwest. Throughout its history, Oak Park Festival Theatre has presented more than 100 plays, enjoyed by more than 5,000 audience members annually. Founded in 1975 by Oak Park resident Marion Karczmar, its first production, William Shakespeare’s “A Midsummer Night’s Dream,” was performed on a flatbed truck parked on the Westgate cul-de-sac in downtown Oak Park with a cast that included then unknowns David Mamet and William H. Macy. In 1976, the Park District of Oak Park invited the festival to perform under a canopy of stars in the idyllic Austin Gardens located at 167 Forest Avenue.  Every year since, with the exception of summer 2020, Oak Park Festival Theatre has returned to the gardens to build their summer stage.

Today, under the leadership of artistic director Barbara Zahora and managing director Bryan Wakefield, the theater looks to reclaim its place in the Chicago area’s summer outdoor theater scene. Oak Park Festival Theatre is a 501(c)3 nonprofit, charitable organization. Donations are tax deductible to the full extent of the law. For more information about Oak Park Festival Theatre visit oakparkfestival.com.

Oak Park Festival Theatre is supported by the Gaylord & Dorothy Donnelley Foundation, the Paul M. Angell Family Foundation, the Park District of Oak Park, The Oak Park Area Arts Council, and many generous donors. Additionally, we are partially supported by a grant from the Illinois Arts Council, a state agency and the National Endowment for the Arts. Special thanks to our local partners the Wednesday Journal, the Oak Park-River Forest Community Foundation, and the Oak Park River Forest Chamber of Commerce.