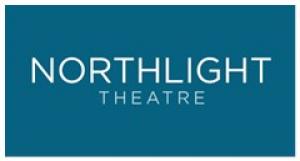 When two strangers meet by letter during World War II, a love story begins. U.S. Army Captain Jack Ludwig, a military doctor stationed in Oregon, begins writing to Louise Rabiner, an aspiring actress and dancer in New York City, hoping to meet her someday if the war will allow. But as the war continues, it threatens to end their relationship before it even starts. Two-time Olivier Award-winning playwright Ken Ludwig tells the poignant story of his own parents’ unlikely courtship during World War II.

BJ Jones comments, “Dear Jack, Dear Louise, written before the pandemic, is a very personal play based on the love letters between Ken Ludwig’s parents during WWII. These were not fictionalized characters, but real people, rooted in truth, inspired by the letters he’d heard about from his family. Pre-pandemic and the war in Ukraine, it was meant to be an uplifting and enjoyable evening in the theatre, which it most certainly is. Seen through the lens of this moment, it is more resonant and timely than I could have imagined. In a world that is rife with Anti-Semitism, the threat of global disease, and set against a backdrop of a war with near genocidal proportions, Dear Jack, Dear Louise has grown in stature and seems spookily prescient.”

The cast is Casey Hoekstra (Jack) and Sarah Price (Louise).

Jessica Fisch (Director) Jessica is thrilled to be back at Northlight where she previously directed Cry It Out (Chicago Tribune “Top 10 Productions of 2018”). Recent credits: Athena (Writers Theatre), Every Brilliant Thing (Windy City Playhouse, “Top 10 Productions of 2019”, Chicago Sun-Times “Best of the Decade”), And Then There Were None (Drury Lane), I Wanna F*#%ing Tear You Apart, The Firebirds Take The Field (Rivendell Theatre Ensemble), You Across From Me (Actors Theatre of Louisville, Humana Festival), Straight White Men (Associate Director, Steppenwolf Theatre), The Rosenkranz Mysteries: An Evening of Magic (Royal George Cabaret). In addition to her theatre work, Jessica, with her co-creator Grace McLeod, is the co-writer and director of the original scripted podcast series Two Truths and a Lie. Jessica is a proud member of SDC and a mom to two awesome kids. MFA: Northwestern University.

Ken Ludwig (Playwright) has had six shows on Broadway, seven in London's West End, and many of his works have become a standard part of the American repertoire. His 28 plays and musicals have been performed in over 30 countries in more than 20 languages and are produced throughout the United States every night of the year. Lend Me a Tenor won two Tony Awards and was called “one of the classic comedies of the 20th century by The Washington Post. Crazy For You was on Broadway for five years and won the Tony and Olivier Awards for Best Musical. He has won the Edgar Award for Best Mystery of the Year, two Laurence Olivier Awards, two Helen Hayes Awards, and the Edwin Forrest Award for Contributions to the American Theater. His plays have starred, among others, Alec Baldwin, Carol Burnett, Tony Shaloub, Joan Collins and Hal Holbrook

His stage version of Murder on the Orient Express was written expressly at the request of the Agatha Christie estate, and his latest play, Dear Jack, Dear Louise, won the 2020 Charles MacArthur Award for Best New Play of the Year and is optioned for Broadway. His book How To Teach Your Children Shakespeare, published by Penguin Random House, won the Falstaff Award for Best Shakespeare Book of the Year, and his essays are published in the Yale Review. He is a graduate of Harvard and Cambridge and is a frequent guest speaker for groups as varied as The Oxford-Cambridge Society, The Jane Austen Society of North America, The Folger Shakespeare Library, and The Baker Street Irregulars.

Casey Hoekstra (Jack), making his Northlight debut, has performed at Chicago Shakespeare, Writers Theatre, and Drury Lane, and frequently works at American Players Theatre in Wisconsin. Regional credits include Indiana Repertory Theater, Minneapolis Children’s Theater, and the Guthrie Theater in Minneapolis where he grew up and went to school. He received a Jeff Award for his fight choreography in Ethiopian American for Definition Theatre Company.

Student tickets are $15, any performance (subject to availability)

Northlight Theatre aspires to promote change of perspective and encourage compassion by exploring the depth of our humanity across a bold spectrum of theatrical experiences, reflecting our community to the world and the world to our community.

Founded in 1974, the organization has mounted over 220 productions, including more than 40 world premieres. Northlight has earned 208 Joseph Jefferson Award nominations and 36 Awards, as well as ten Edgerton Foundation for New Play Awards. As one of the area’s premier theatre companies, Northlight is a regional magnet for critical and professional acclaim, as well as talent of the highest quality.