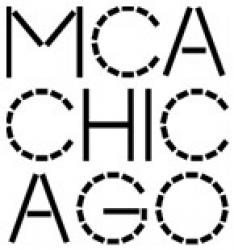 CHICAGO – The Museum of Contemporary Art Chicago (MCA) today announced that tickets for Nick Cave: Forothermore, the first career-spanning retrospective of internationally renowned, Chicago-based artist Nick Cave, will go on sale April 6. The most comprehensive survey of Cave’s work to date, the exhibition is curated by Naomi Beckwith, former Manilow Senior Curator, MCA Chicago and will be on view at the MCA from May 14 to October 2, 2022.

“I’m thrilled to be sharing my career’s work in my chosen hometown. I don’t take the gravity of this moment for granted,” said Cave. “From the MCA to the DuSable and beyond, this community and city-wide project is the realization of a dream that could only happen in Chicago — this way, with this brilliant team and throughout this great city.” 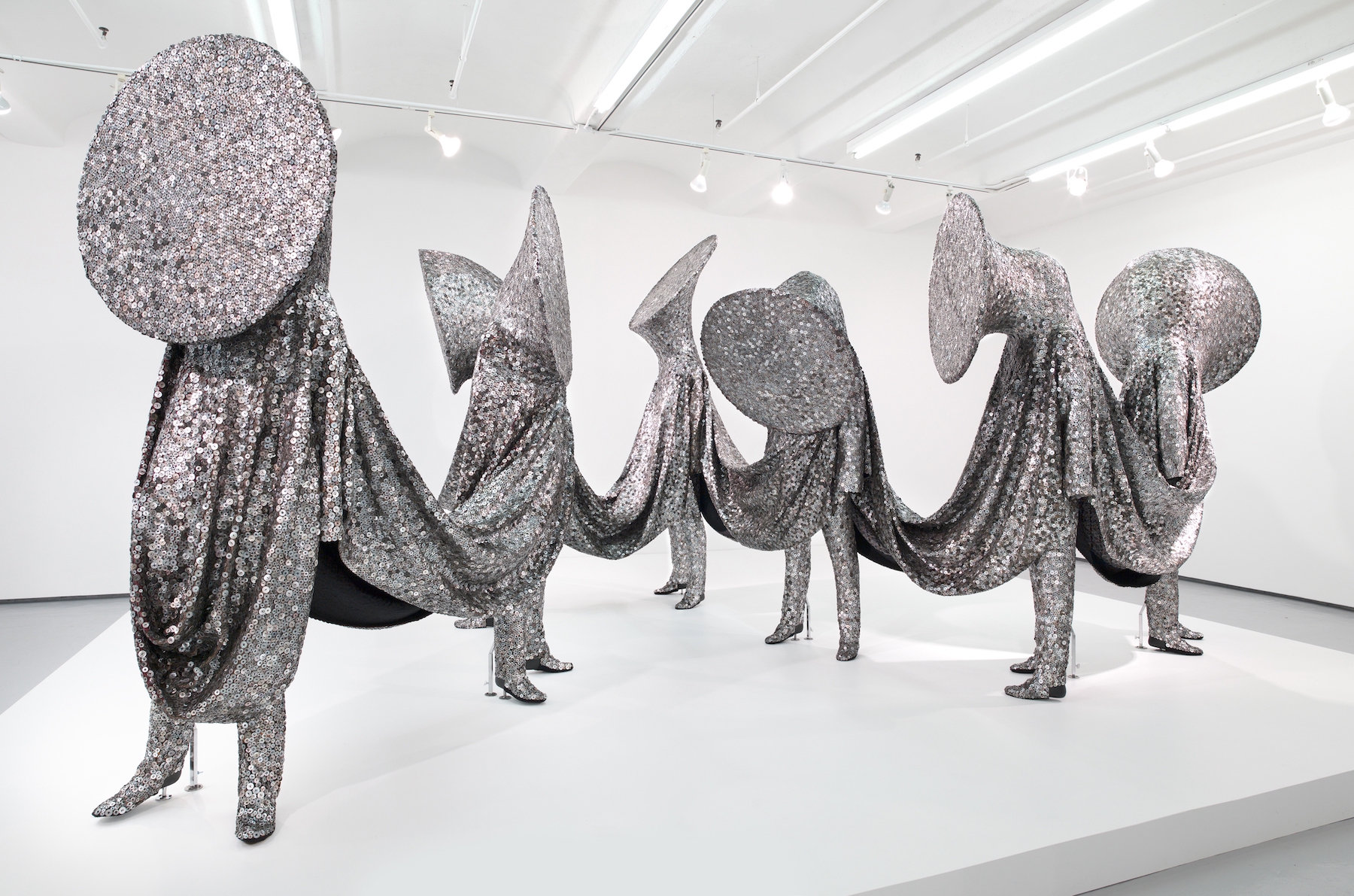 The celebration continues with the ArtEdge: Celebrating Nick Cave gala on May 21 in the Roundhouse at the DuSable Museum of African American History, starring world renowned artists Patti LaBelle and Nona Hendryx of Labelle, paying tribute to their friend and founding Labelle member, the late Sarah Dash. The gala will also feature a presentation of The Color Is, a performative fashion experience, featuring an 80-look production by Nick Cave and Jack Cave. Produced by the MCA, The Color Is is an experience based on the concept of freedom from limits and described as a couture-created body of work that is an amalgamation of cultures, times and ideas, emancipating them from the limits of regular classifications. Gala tickets will be available alongside the exhibition on-sale, beginning April 6.

In addition to the performance at ArtEdge: Celebrating Nick Cave, there will be two public performances of The Color Is at the DuSable on Sunday, May 22 at 5:00 p.m. and Monday, May 23 at 7:30 p.m.

Running concurrently with Forothermore, Cave will also debut a new video work at Art on theMART, the world’s largest permanent digital art projection, as part of its Summer 2022 programming. The projection of Cave’s video work, made specifically for Art on theMART, is a remix of Cave’s original film Drive-By (2011) with new footage, and can be seen from May 5 through September 7, 2022.

Following its tenure at the MCA, a recast version of Forothermore will travel to the Guggenheim in New York City for an exhibition opening November 18, 2022, and is also curated by Naomi Beckwith, who currently serves as Deputy Director and Jennifer and David Stockman Chief Curator, Guggenheim Museum.

“Nick Cave’s utopian vision and gift for magical material transformation is only matched by his generosity as a mentor, educator and activist,” said Beckwith. “I am thrilled to see that the seeds that he planted in Chicago have flourished into a citywide celebration that not only honors his inspiring work but is a gift to his adopted hometown. Equally important is that audiences at the Guggenheim New York will also have the opportunity to experience a fulsome view of Nick’s artistic and life practice. Nick is an artist who allows all his audiences to celebrate, mourn, and learn with and
from each other; a kind of social healing that is so necessary as the world contends
with continued physical and political isolation.”

For over three decades, Cave has centered his artistic practice on community building and addressing pressing societal issues related to race, gender, sexuality and class. First coming to prominence with his acclaimed Soundsuits series, Cave is celebrated for his projects that eloquently blend community building with vibrant works of art across disciplines, including immersive installations, textural sculptures, impeccably
crafted fashions and dynamic videos and performances. In addition to being an artist, Cave is also a prominent activist and educator - qualities that make his work a true representation of the MCA’s mission, says the museum’s Pritzker Director, Madeleine Grynsztejn.

"The MCA has committed itself to presenting local Chicago artists whose works elevate the global discourse surrounding contemporary art and social practice, including, among others,  Kerry James Marshall, Virgil Abloh and now Nick Cave,” said Grynsztejn. “This recent history of curatorial programming is not only indicative of this institution’s ongoing efforts to surface the critical art histories being formed within Chicago but also serves as a testament to this city’s vibrant ecosystem of artists, galleries, universities, and museums that have supported such a thriving artist community."

Reflecting the artist’s three-dimensional approach, the exhibition is designed as an immersive journey that begins with Spinner Forest and continues in the galleries with the artist’s cast bronze sculptures, tapestries made of sequined garments, color-saturated videos, and breath-taking installations such as the larger-than-life Beaded Cliff Wall that is comprised of millions of colorful pony beads threaded into shoelaces by hand. Displayed against a backdrop of floor-to-ceiling geometric vinyl wallpaper collaboratively designed with the artist’s partner Bob Faust, Forothermore traces artistic themes and Cave’s evolving interests over three decades, with works from as early as 1989.

Forothermore features over a dozen works from Cave’s Soundsuit series in addition to the debut of his new series, Soundsuits 9:29. The head-to-toe garments are constructed with a mélange of materials, among them beads, pearls, wire, feather, sequins, synthetic hair, and twigs. Originally created by Cave in response to the Rodney King beating in 1992, Soundsuits 9:29 addresses today’s heightened social unrest and reckoning for racial justice in response to the death of George Floyd.

Another highlight of the exhibition is Cave’s immersive 14-channel, room-sized video installation Hy-Dyve, that is presented in the adjacent fourth floor gallery and surrounds visitors with projections of flowing water, blinking eyes and mysterious creatures and patterns. Forothermore also includes Cave’s recent series of sculptures of carved and cast bronze hands, heads and limbs decorated with flowers, candles and found objects such as used shotgun shells.

Nick Cave: Forothermore is presented in the Griffin Galleries of Contemporary Art on the museum’s fourth floor.

In addition to the MCA and Art on theMART, Cave’s work can be found in locations across the city of Chicago, including Free/Formal at the Garfield Green Line station, Rapt on the Mile at 679 N. Michigan Avenue, Wallworks at 21c Museum Hotel Chicago and Tondo at One Bennett Park.

Nick Cave (b. 1959, Fulton, MO; lives and works in Chicago, IL) is an artist, educator and foremost a messenger, working between the visual and performing arts through a wide range of mediums including sculpture, installation, video, sound and performance. Cave is well known for his Soundsuits, sculptural forms based on the scale of his body, initially created in direct response to the police beating of Rodney King in 1991. Soundsuits camouflage the body, masking and creating a second skin that conceals race, gender and class, forcing the viewer to look without judgment. They serve as a visual embodiment of social justice that represent both brutality and empowerment.

About The Museum of Contemporary Art Chicago

The Museum of Contemporary Art Chicago is a nonprofit, tax-exempt organization accredited by the American Alliance of Museums. The museum is generously supported by its Board of Trustees; individual and corporate members; private and corporate foundations, including the John D. and Catherine T. MacArthur Foundation; and government agencies. Programming is partially supported by a grant from the Illinois Arts Council Agency. Museum capital improvements are supported by a Public Museum Capital Grant from the Illinois Department of Natural Resources. The MCA is a proud member of Museums in the Park and receives major support from the Chicago Park District. The MCA is located at 220 E. Chicago Avenue, one block east of Michigan Avenue. The museum and sculpture garden are open Wednesday through Sunday from 10 am to 5 pm and Tuesday from 10 am to 8 pm. The museum is closed on Monday. Tuesdays are Community Free Days with free admission for Illinois residents. Suggested general admission is $12 for adults and $7 for students and seniors. Children 12 years of age and under, MCA members, and members of the military are admitted free. Information about MCA exhibitions, programs, and special events is available on the MCA website at mcachicago.org or by phone at 312.280.2660.

This project is supported in part by an award from the National Endowment for the Arts.