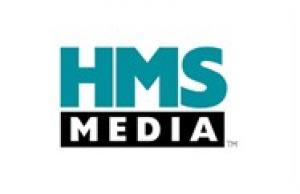 20-time Emmy Award-winning HMS Media, Chicago’s premier video production company for the performing arts, is working on the cutting edge of new hybrid performing arts models emerging from the pandemic—which include frequent livestreamed and digital recordings to accompany live performances through 2021 and beyond, as performing arts organizations work to capitalize on the reach of their digital platforms and provide greater accessibility to audiences unable to visit in person.

Since the COVID-19 pandemic shut down theaters in Chicago last spring, HMS Media has produced, filmed and edited more than 50 digital projects, including more than a dozen new virtual and livestreamed performing arts productions premiering this April and May. These works range from Lyric Opera of Chicago’s Attila Highlights in Concert and Rising Stars in Concert (April 29 premiere) to Chicago Shakespeare Theater’s TO BE 4/23 (April 23), Music of the Baroque’s Bach's Brandenburg Concertos (April 26 livestream), the Harris Theater’s Beyond the Aria (April 27 premiere) and Writers Theatre’s The Last Match (April 28 opening). A full list of upcoming productions follows below.

“This past year, live performance captures and digital content didn’t just help performing arts organizations connect with existing audiences, they helped them grow new ones,” said Scott Silberstein, co-founder and executive producer of HMS Media. “At first it was about survival, and now it’s about flourishing. It’s our responsibility to make sure that the arts are captured and presented in ways that protect the intent of what happens on stage, while inviting national and international audiences to discover what we’ve known all along: that Chicago is an extraordinary arts city. As we move past the pandemic, both stage and screen will play vital roles in how the arts survive and flourish.”

In April and May 2021, the following new digital productions will be released, all filmed and edited or livestreamed by HMS Media (with more to be announced):

Digital gala event with performances from the theater’s rooftop

Digital productions available to audiences unable to attend in person

PBS and WTTW specials include Chicago Voices, First You Dream: The Music of Kander & Ebb; Dance For Life; Steppenwolf Theatre: 25 Years on the Edge; Second To None, Celtic Woman: Emerald, Songs On The Road To Freedom with Chicago Children’s Choir; Dance From The Heart with The Joffrey Ballet; three specials with River North Dance Chicago, Jump Rhythm Jazz Project: Getting There and Our City, Our Shakespeare.