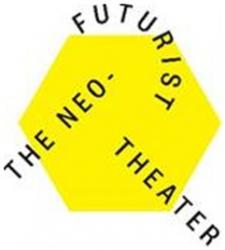 Chicago’s longest running late-night show, The Neo-Futurists’ The Infinite Wrench, returns for weekly in-person performances on Saturday, Sept. 18, 2021 (opening night Monday, Sept. 20), 19 months after its live shows paused due to the COVID-19 pandemic. The signature production kicks off the company’s 2021-2022 Season of programming, which also includes: a collaboration with the Chicago International Puppet Theater Festival in January 2022; the world premiere of Lucille Ball-inspired WILDCATS in May 2022; and the world premiere of Neo-Lab commission Elements of Style, a Neo-Futurist take on the classic grammar handbook, July-August 2022.

The Infinite Wrench resumes its 33-year-long run for live audiences on Saturday, Sept. 18, 2021, with a modified weekly schedule and enhanced health and safety measures. Tickets start at $10. For more information on the 2021-2022 Season and to purchase tickets, visit neofuturists.org.

“Our work is dependent on a live audience, as we see the audience as active and necessary participants in the show,” said Artistic Director KR Riiber. “We are thrilled to bring our late-night, high-energy assemblage of sports, poetry and living newspaper back to the stage, where the audience determines the order of thirty plays written, directed and performed by The Neo-Futurist Ensemble.”

Within the first two weeks that The Neo-Futurist Theater was closed to audiences in March 2020, The Neo-Futurists pioneered the digital theatrical format by adapting The Infinite Wrench into The Infinite Wrench Goes Viral - and saw pre-pandemic ticket sales numbers, thanks to worldwide reach and critical acclaim. As a part of the organization’s continued commitment to accessibility and affordability, The Infinite Wrench Goes Viral will continue its experimental run through February 2022 on a monthly basis as a part of an innovative hybrid theatrical model this season.

Managing Director Jorge Silva noted that “resilience marks the re-opening of our space - and our audiences are to thank as they provided the necessary support to continue our mission as artists to provide relief and comfort to our communities during overlapping crises.”

The Infinite Wrench is The Neo-Futurists’ ongoing and ever-changing attempt to perform 30 plays in 60 minutes for a live audience. A combination of sport, poetry and living newspaper, each play offers something different, be it funny, profound, elegant, disgusting, topical, irreverent, terrifying or a song. All are truthful and tackle the here-and-now, inspired by the lived experiences of the performers. With new plays every week, The Infinite Wrench is Chicago’s longest-running late night show.

Monthly presentation from September 2021 to February 2022 (with possible extension)

Tickets start at $3 via Patreon subscription, with special perks starting at $5

Quarterly presentation from December 2021 to October 2022

60 Songs in 60 Minutes, created by a team of experimental musicians and led by Ensemble Member Nick Hart, will make its long-awaited return to the stage. In a race against the clock, the cast attempts to perform all 60 original songs in under 60 minutes, using instruments, technology and found objects. Audiences are invited to stay for the post-show “Wrench Karaoke” which incorporates the Neo-Futurist tenets of chaos, randomness and chance into the act of singing your favorite song.

Continuing a longstanding tradition, The Neo-Futurists will present several themed iterations of The Infinite Wrench during the 2021-2022 Season. Kicking it off in October is a spooky, scary, existentially dreadful Halloween-themed Wrench. Ring in the New Year with The Neo-Futurists and their race-to-the-finish performance starting at 11 p.m. on December 31 and concluding with a midnight toast. 30 Queer Plays in 60 Straight Minutes, The Neo-Futurists’ annual benefit show for Pride, makes its return to the stage in June 2022 with a full weekend of performances plus a benefit performance.

The Neo-Futurists will once again contribute to this city-wide celebration of performance objects, exploring their own unique perspective on puppets and storytelling. Now in their fourth collaboration with the festival since 2015, The Neo-Futurists will present another sampling of innovative puppet theater that sniffs at the edges of what is called a puppet

The Neo-Futurists Sell Out

Neo-Lab is The Neo-Futurists’ in-house residency to support the development of a full-length Neo-Futurist mainstage show. The 2021-2022 Season residency will support the development of The Neo-Futurists Sell Out by Ensemble Member Connor Shioshita Pickett, a non-fundraiser attempt to get rich and secure the financial future of our organization, whatever the cost. As American life gets more vicious, more precarious, and more expensive, the cast will have to decide how to prepare for an uncertain (but almost certainly awful) future. Throughout this series of laboratory performances, the cast will try to make money, or try to make their money into more money, by engaging with stunts, schemes, and scams.

In 1960, Lucille Ball took to the stage in her very first Broadway musical. Despite having been on television for over a decade, she found herself extremely unprepared for the demands of live theater. In WILDCATS, power house duo Nick Hart and Ida Cuttler bring this moment in Ball’s career back to life, infusing into it their own personal stories of bursting out of isolation. WILDCATS is a multimedia drag spectacle with a mix of  live moments, audience interaction and bizarre-o filmed I Love Lucy episode recreations.

Elements of Style is a Neo-Futurist musical about communication in response to William Strunk Jr. and E.B. White's classic grammar textbook “The Elements of Style.” Led by Ensemble Member Trent Lunsford and directed by Neo-Futurist Alum Stephanie Shaw, this show examines the many ways language and words shape our identity, performed in English and American Sign Language.

For the most up-to-date information and ticketing for The Neo-Futurists’ 2020-2021 Season, visit neofuturists.org.

ABOUT THE NEO-FUTURIST THEATER

Since 1988, The Neo-Futurist Theater has been a collective of writer-director-performers who create theater that is a fusion of sport, poetry and living newspaper. The company has created more than 11,618 plays to date within its flagship late-night event called The Infinite Wrench, and more than 65 full-length mainstage productions incorporating its signature non-illusory, interactive style of performance. From humble beginnings launching the first late-night theater production in Chicago, The Neo-Futurist Theater created what became the city’s longest-running show and has grown to become one of the most highly regarded experimental theater companies in the United States, with sister companies in San Francisco and New York. For more information, visit www.neofuturists.org.

The Neo-Futurist Theater is partially supported by grants from Alphawood Foundation Chicago, Paul M. Angell Foundation, Arts Work Fund, Do312, The Chicago Community Foundation, Gaylord and Dorothy Donnelley Foundation, The Illinois Arts Council Agency, MacArthur Funds for Culture, Equity, and the Arts at the Richard H. Driehaus Foundation, and The National Endowment for the Arts.