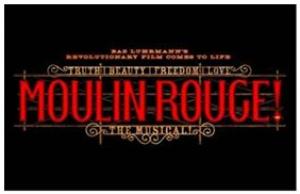 HIGHLY RECOMMENDED  A sensation on Broadway before it was one of the first shows to close due to COVID, Moulin Rouge resumed performances last fall and shortly thereafter won the Tony Award. Chicago theatergoers are lucky to be the first to see the show outside of New York, as the National Tour opened to reviewers at the James M. Nederlander Theatre on April 21.  This touring production of the musical set in the famed Paris nightclub is every bit the quality of the Broadway company, which this reviewer was fortunate to see in 2019. It is, to quote the lyrics of one of its songs, “spectacular, spectacular.”

As someone who’s seen many a Broadway show and touring production, I can’t remember any musicals this elaborate and visually stunning. Hundreds of costumes for characters like rich people, poor artists, and showgirls evoke the Paris of the late 19th Century. The lighting design uses onstage lightbulbs along with floodlights and spotlights to create moments from performances that might have been done at the Moulin Rouge itself, dream sequences and more realistic scenes. The choreography is stunning  and there’s lots of it to enjoy. 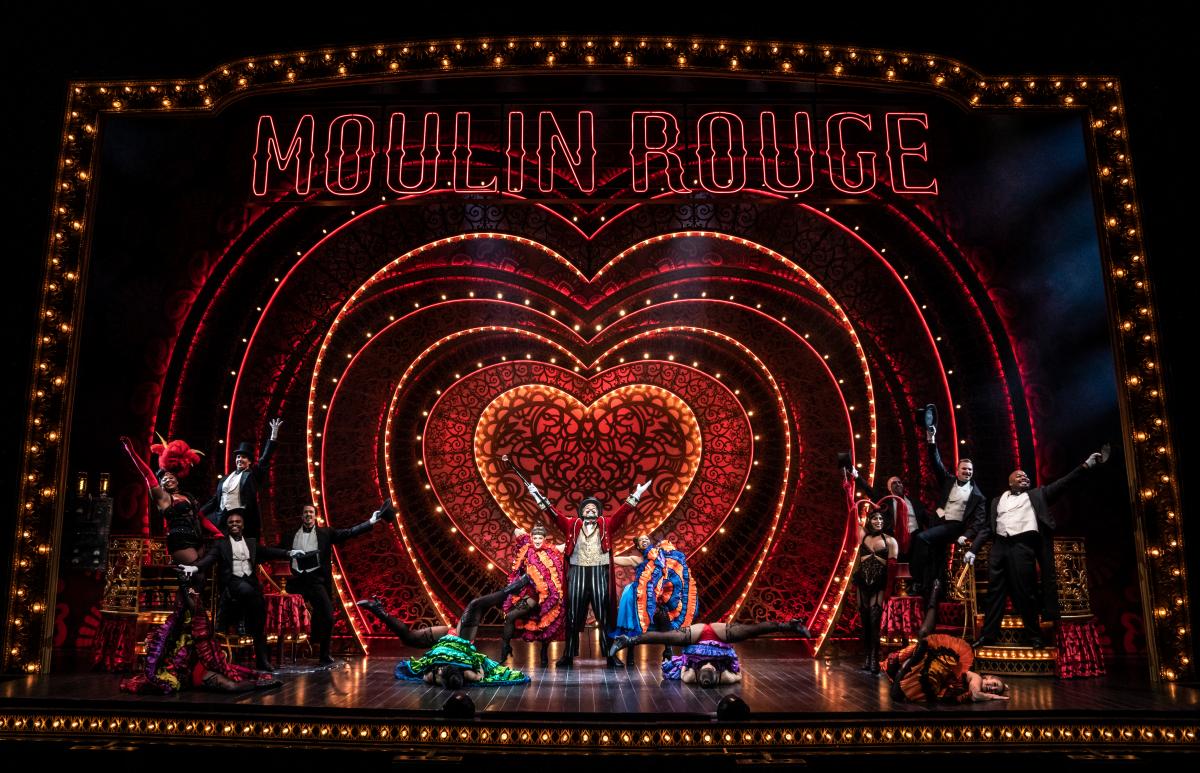 This stage production takes the story of the movie on which it’s based, and adds and deletes songs, which are mostly pop hits from the last four or five decades.  Much of the fun for the audience is seeing how cleverly the well-known songs are integrated into the story. The lead actors, though perhaps less well known than the performers who originated the roles on Broadway are every bit their equal. Conor Ryan, as Christian, is a versatile singer who handles the many genres his character sings with ease and makes us believe he means what he’s singing. His love interest, Satine, is played by Courtney Reed, who originated the role of Jasmine in Broadway’s Aladdin. She can belt with the best of them and has the star quality needed to play the role of the star performer at the Moulin Rouge. Austin Durant is convincing as the conniving owner of the club, and David Harris is a slick villain.

The story is pretty much a campy melodrama, but the real appeal of the show is the high energy performances of so many popular songs, that together with the beautiful production design, somehow take us back to into the world of 19th Century Paris and the art that was created there. 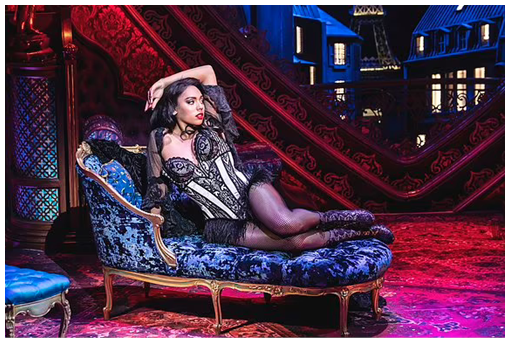 Moulin Rouge! The Musical runs through May 14th at the James M. Nederlander Theatre, 24 W. Randolph Street, Chicago.  Running time is 2 hours, 35 minutes with an intermission.