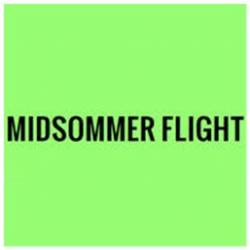 Midsommer Flight will celebrate its 10th Anniversary by revisiting the play that in 2012 began the company’s ten-year run as an Arts Partner with Chicago Park District parks, presenting free outdoor summertime performances of Shakespeare’s plays. The company will perform A MIDSUMMER NIGHT’S DREAM from July 15 – August 21, according to the company’s Founding Artistic Director Beth Wolf, who will direct the magical play. The beloved comedy will be performed in five Chicago parks: two weekends in Lincoln Park; and one weekend each in Gross Park, Touhy Park, Lake Meadows Park, and Chicago Women’s Park and Gardens. Admission is free, but donations are gratefully accepted. New for 2022 will be the addition of Friday evening performances along with the company’s traditional Saturday evening and Sunday afternoon showtimes. Press opening will be Friday, July 15 at 6 pm in Lincoln Park (2045 N. Lincoln Park West). Casting and production team will be announced soon.

Midsommer Flight’s productions are performed in natural sunlight and without amplified sound, much as they were done in the Bard’s day. Additionally, the company has established a tradition of staging Shakespeare’s comedy TWELFTH NIGHT indoors, in the Lincoln Park Conservatory, each holiday season (with the exception of 2020) from 2015 to 2021.

Midsommer Flight has become one Chicago’s best-loved and most highly regarded producers of free summer Shakespeare. Kerry Reid, writing for the CHICAGO READER, said of 2019’s THE TEMPEST, “Wolf’s compact staging comes in at a tidy 90 minutes, but nothing feels rushed here… it wears its ingratiating charms with a light but sure-handed touch.” RESCRIPTED’s Sierra Carlson said, “Under the clever direction of Beth Wolf, however, Midsommer Flight revels in theatricality and proves that The Tempest has a role in our daily lives."

All performances are free.

Audiences are encouraged to come early and bring a picnic to enjoy this free programming. Reservations are not required but will be available on the company’s website in June for audience members who wish to receive event reminders, last minute weather cancellation information, COVID updates, and more. Seating is first come, first served, and audience members can bring their own blankets or chairs. Show information on website at www.midsommerflight.com, including detailed schedule and info about directions and parking at each park.

Midsommer Flight’s annual summer production of free Shakespeare in Chicago parks. One of Shakespeare’s most popular comedies, it concerns young lovers who must fight stubborn and controlling fathers as well as the magic of mischievous fairies on their way to marriage to their true loves. A band of amateur actors have their own problems and add to the general confusion. Magic, marriages, and music mix to form an enchanting comedy for the ages.

ABOUT MIDSOMMER FLIGHT. Midsommer Flight is a theatre company dedicated to presenting high quality, accessible productions of Shakespeare’s plays in Chicago communities. After the company’s well-received inaugural production of A MIDSUMMER NIGHT’S DREAM in 2012, the Chicago City Council honored Midsommer Flight with a resolution praising “the Midsommer Flight theater troupe on their dedication to bringing the arts to underserved communities.”  The company incorporated as a not-for-profit in the state of Illinois in early 2013 and has since produced ROMEO AND JULIET (2013), MUCH ADO ABOUT NOTHING (2014), MACBETH (2015), TWELFTH NIGHT (2015, 2016, 2017, 2018, 2019, 2021) AS YOU LIKE IT (2016), HAMLET (2017), THE TWO GENTLEMEN OF VERONA (2018), and THE TEMPEST (2019). The company was nominated in 2019 for the third time for the League of Chicago Theatres “Emerging Theatre Award.”

Midsommer Flight is committed to presenting financially accessible theatre. Summer productions are 100% free to the public (donations gratefully accepted) and winter programming is Pay-What-You-Can. Audiences are encouraged to come early and bring a picnic to enjoy this free programming. For more information visit www.midsommerflight.com.