“It’s a great honor to be returning to the Marriott Theatre to direct this Tony Award- winning favorite in the round amongst such an incredible cast,” said Denis Jones. 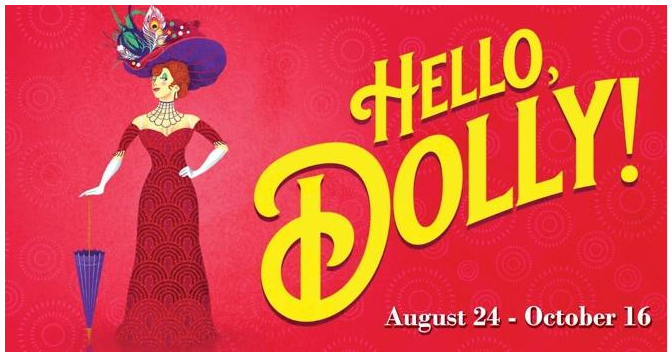 This whimsical turn-of-the-century tale centers around Dolly Gallagher Levi, a New York City matchmaker-extraordinaire hired to help a pompous Yonkers merchant in his pursuit of a wife.  When Dolly unexpectedly falls in love with him herself, she stops at nothing to win his favor in this witty love story. Winner of 10 Tony Awards, including Best Musical, Hello, Dolly! features show-stopping choreography and toe-tapping songs such as “Hello Dolly!,” “When The Parade Passes By” and “Put on Your Sunday Clothes”.

HELLO, DOLLY! is originally based on Thornton Wilder's 1955 play "The Matchmaker” and features music and lyrics by Jerry Herman and a book by Michael Stewart. The production was hailed as “One of the biggest, brightest musicals of this century!” by The New York Times; “Good-hearted fun!” by Variety; “Infectious enthusiasm!” by Los Angeles Times; and “A triumph!” by The Washington Post. The musical phenomenon ran for nearly 3,000 performances on Broadway. The 1969 film version of HELLO, DOLLY! was nominated for seven Academy Awards. Hello, Dolly! An Original Cast Recording was inducted into the Grammy Hall of Fame in 2002.

Marriott Theatre is committed to providing healthy and safe facilities for audiences, performers, and staff. Please check MarriottTheatre.com prior to your visit for the most recent COVID-19 protocols.

Hello, Dolly! is scheduled to run Wednesdays at 1 p.m. and 7:30 p.m., Thursdays at 7:30 p.m., Fridays at 8 p.m., Saturdays at 4 p.m. and 8 p.m., and Sundays at 1 p.m. and 5 p.m., with select Thursday 1:00 p.m. shows. Ticket prices range from $59 to $64, excluding tax and handling fees. Call for student, senior, and military discounts. On Wednesday and Thursday evenings there are a limited number of dinner-theatre packages available for purchase through the Marriott Theatre Box Office. To make a restaurant reservation, please call 847.634.0100. Reservations strongly recommended. Free parking is available at all performances. To reserve tickets, please call The Marriott Theatre Box Office at 847.634.0200 or go to tickets.marriotttheatre.com. Visit www.MarriottTheatre.com for more information.