Man arrested for Driving While Intoxicated and Battery 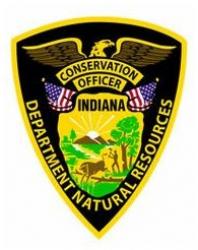 Indiana Conservation Officers and the Dubois County Sheriffs Department are investigating a motor vehicle accident that occurred in the town of Dubois, IN.

The accident resulted in destruction of a road sign, stop sign and two utility poles.  The truck came to rest under the second utility pole that it struck.

The driver of the vehicle was identified as Ryan M. Singleton, 31, of Dubois, IN.  Singleton showed signs of impairment at the accident scene and was taken to the Jasper City Police Department for an certified chemical test.

After becoming verbally abusive and refusing to take the chemical test Singleton head butted a Conservation Officer in the face.

After medical clearance at Memorial Hospital, Singleton was booked into the Dubois County Jail without further incident.

All subjects are presumed innocent until proven guilty in a court of law.