Lyric Opera of Chicago announced this week that registration is now open for audiences to secure a free link to screen the new, original film production of Leoncavallo’s Pagliacci, filmed at the Lyric Opera House. Audiences can now secure a free, on-demand viewing of this gripping production for screenings. Reservations are available at lyricopera.org/pagliacci. 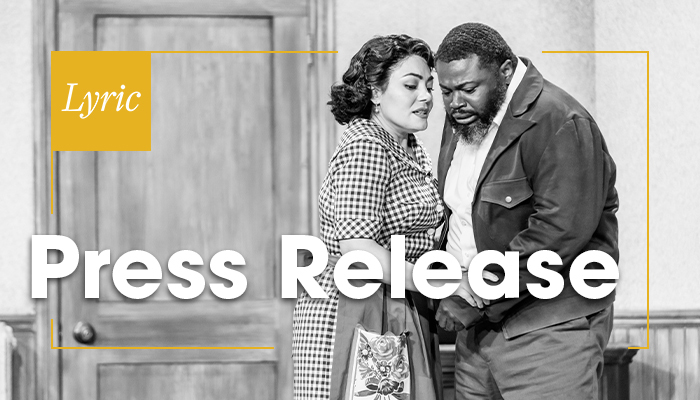 Pagliacci was instrumental in bringing a new realism to opera, and it deals in primary-color emotions — longing, jealousy, revenge. At the center of the opera is Canio, manager and leading man of an ensemble of actors. In the theater where they’re going to perform, his wife, Nedda, the leading lady, falls in love with Silvio, one of the stagehands. He begs her to run away with him after the performance that night. When Canio finds out, his jealousy leads to the tragic conclusion.

Lyric’s film of Pagliacci is inspired by classics from the first Golden Age of television. During the show-within-the-show, the film’s aspect ratio is adjusted and images become black and white, evocative of shows like The Honeymooners.

"Filming Leoncavallo’s Pagliacci provided us the opportunity to think about the opera in a completely new way," says Anthony Freud, Lyric’s general director, president & CEO. "While we’re thrilled about Lyric’s upcoming live operas, Lyric remains committed to virtual and accessible operatic programming. We are also eager to find unique and innovative ways of reaching new operatic audiences and this filmed opera is a perfect example."

Registration is now open to access the Pagliacci film screening and more information about the production is available at lyricopera.org/pagliacci.

Maestro Enrique Mazzola is generously sponsored by Alice & John Butler, Sylvia Neil & Daniel Fischel, and the Robert & Penelope Steiner Family Foundation as members of the Enrique Circle. The Enrique Circle is comprised of Lyric's most dedicated supporters who are committed to championing Maestro Enrique Mazzola's exciting artistic vision and legacy.

Lyric Opera of Chicago thanks its Official Airline, American Airlines.

Lyric Opera of Chicago is supported in part by a grant from the National Endowment for the Arts in response to the COVID-19 pandemic and acknowledges support from the Illinois Arts Council Agency.