Continuing its commitment to working in the virtual realm, Lyric Opera of Chicago announced that the company is beginning rehearsals for a filmed, semi-staged production of Leoncavallo’s Pagliacci. Music Director Enrique Mazzola will conduct a powerhouse cast along with members of the Lyric Opera Orchestra and Chorus (prepared by Chorus Master Michael Black). Details about how to reserve free tickets to watch this production will be shared in the coming weeks. 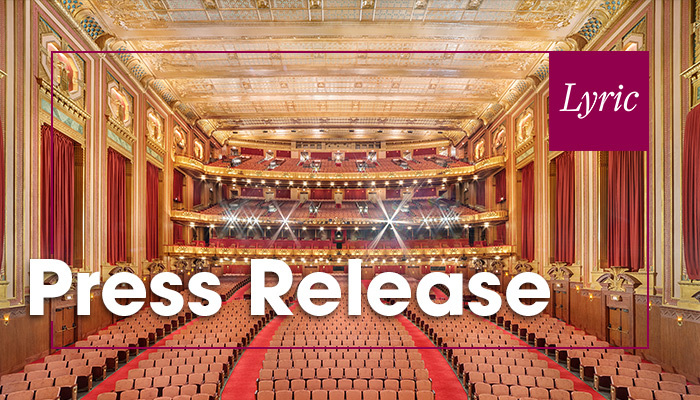 The entire Pagliacci production will be filmed, on-site, at the Lyric Opera House for release in August. Serving as project director for this effort is Peter McClintock, well known as an operatic stage director and associate director at the Metropolitan Opera for more than three decades.

In Pagliacci, Canio manages a small touring company of actors. In the town where they're about to perform, he's enraged to discover that his wife Nedda, the company's leading actress, has fallen in love with a handsome young man from the town, Silvio, and is planning to run away with him. During the evening's show, the drama behind the scenes bursts onto the stage, as audiences will discover in unexpected ways. Leoncavallo’s opera premiered in Milan in 1892. It’s often paired with Mascagni’s Cavalleria rusticana in a double bill, which Lyric had originally scheduled to open its 2020/21 Season.

"I am delighted to work with this amazing group of artists to film this innovative production of Pagliacci," says Enrique Mazzola, Lyric’s music director designate. "Leoncavallo’s words and music lend themselves to important storytelling of any kind, and we at Lyric are committed to bringing opera to audiences everywhere in creative and accessible ways, such as with this film."

"It’s exciting to culminate our reimagined digital season with such a tremendous project, led by Enrique Mazzola and Peter McClintock," says Anthony Freud, Lyric’s general director, president & CEO. "This film signifies Lyric’s commitment to grand opera on an accessible level and we are delighted to have so many Lyric favorites back on our stage with the Lyric Opera Orchestra and Chorus. What a way to round out a season!"

Lyric Opera of Chicago thanks its Official Airline, American Airlines, and acknowledges support from the Illinois Arts Council Agency.

About Lyric
Lyric Opera of Chicago is committed to redefining what it means to experience great opera. The company is driven to deliver consistently excellent artistry through innovative, relevant, celebratory programming that engages and energizes new and traditional audiences.

Under the leadership of General Director, President & CEO Anthony Freud, Music Director Sir Andrew Davis, Music Director Designate Enrique Mazzola, and Special Projects Advisor Renée Fleming, Lyric is dedicated to reflecting, and drawing strength from, the diversity of Chicago. Lyric offers, through innovation, collaboration, and evolving learning opportunities, ever-more exciting, accessible, and thought-provoking audience and community experiences. We also stand committed to training the artists of the future, through The Patrick G. and Shirley W. Ryan Opera Center; and to becoming increasingly diverse across our audiences, staff, programming, and artists—magnifying the welcoming pull of our art form, our company, and our city.