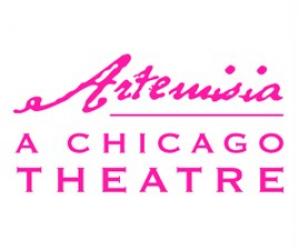 The Planet Earth Arts Playwriting Award, created in partnership with the Planet Earth Arts Foundation, is given to plays that discuss sustainability and address the most urgent environmental and social justice issues of our time through the lens of arts and human creativity.

In addition, Goods is nominated for the Kennedy Center college festival’s National Partners in American Theatre Award, selected annually from among eight nominations from across the U.S. to recognize the year’s best-written, best-crafted script with the strongest writer’s voice.

Ferebee, a rising young voice in contemporary feminist theater, is in her final year as an MFA candidate in playwriting at the University of Arkansas. She is also a playwright-in-residence at Artemisia Theatre with two virtual productions on tap in 2021: the world premiere of Goods in May, followed by Into a Blaze: The Triangle Shirtwaist, about the deadly 1911 Triangle Shirtwaist, streaming October 20-November 14, 2021.﻿

Goods is the story of two intergalactic trash collectors, both women, one Black, one white, who are hurtling through space, ready to celebrate their return to Earth. Their spaceship might be small and dingy, but it keeps them from dealing with sinking cities, an out-of-control refugee crisis and their own personal histories. However, as they head toward the finish of their 20th anniversary route, an unexpected job forces them to confront the problems and choices of the world they've left behind and their relationship to one another

Goods will be a virtual, ticketed production with streaming performances May 5-30: Wednesday through Saturday @ 7:30 p.m.; Sunday at 2 p.m. Tickets are $30. For tickets and information, visit artemisiatheatre.org. Note: ticket buyers will be sent a dedicated link and security code to access the production one hour before start time.

﻿The goods on Goods

“All civilizations have trash. It's a unifying characteristic. That means every civilization has garbage collectors,” explains playwright Lauren Ferebee.

“I've always been a science fiction fan so with Goods I wanted to bring the excitement and newness of space travel into a play with two women who see space travel as the most routine, mundane task. What does space mean to Marla and Sam? What happens when we run out of space? I thought perhaps by looking forward, just a little, we could wonder at how progress and devastation go hand and hand, and think a little more deeply about who progress benefits, who gets left behind, and why.”

“Women still struggle to find a place where they can share their stories, be their true selves as artists,” responds director E. Faye Butler. “That’s what I love about Artemisia. It’s a sisterhood of leaders, who empower women as writers, directors and performers. A sisterhood that gives and will always give women a voice. A place where women can bring their fire, their passion and their lived experience and share true stories from their perspective.”

Lauren Ferebee’s plays have been developed across the US. Most recently, her play Brilliance was featured as part of Boomerang Theatre Company’s First Flight Festival in NYC, and Every Waiting Heart (Artemisia Fall Festival 2018 winner, O’Neill semifinalist) had a reading in Fall 2019 at TheatreSquared. Her play Wild Eden (semifinalist, BAPF 2020) was developed in Fall 2020 at the University of Arkansas. Her one-acts and ten-minutes Winter in the House, The Meeting and The Box have been regional/national finalists for the Kennedy Center’s John Cauble and Gary Garrison Awards in 2018 and 2019. Monologues from her play The Reckless Season (finalist, Princess Grace Award, 2016), which was produced by Boomerang Theatre Company in 2017 (dir. Dominic D’Andrea), were featured in the 2018 Smith & Kraus Best Original Monologues anthologies. She also writes original music and collaborates as a founding member of Scrappy Shakes, a theatre collective in South Carolina. Her 2019 original score for their production of Much Ado About Nothing was recently named Best Original Score by Carolina Curtain Call. She earned her BFA at NYU/Tisch and is a current MFA candidate at the University of Arkansas. For more, visit laurenferebee.com.

E. Faye Butler (director) has a career as an actress and singer that spans over 30 years nationally and internationally. Most recently she performed the role of Fannie Lou Hamer in Fanny Lou Hamer: Speak On It! for Chicago’s Goodman Theatre and Arena Stage in Washington, D.C. Her directing credits include Lettin’ the Good Times Roll with Fe and Faye, Ain’t Misbehavin’ (Portland Stage, Peoria Players and Old Town Playhouse), The Wiz (Columbia College) and Beattie Is…(New American Theatre). Butler also directs one person shows for artists across the country. Upcoming projects include Behind The Door and The Color Purple at Maine State Music Theatre.  e-fayebutler.com.﻿

Julie Proudfoot (Marla) is a Chicago-based theatre artist and founder and Executive Artistic Director of Artemisia Theatre. Recently, she played Alonso in Midsommer Flight’s production of The Tempest and understudied the role of Mamma/Mother in A Shayna Maidel by Barbara Lebow at TimeLine Theatre, where she performed the role for a week during TimeLine’s highly successful extended run. For Artemisia Theatre, she originated the roles of Lauren in Waiting and Viola in Chewing on Beckett, both world premieres written by Ed Proudfoot. Her work as an actor has also been seen at Akvavit Theatre, The Shakespeare Project of Chicago and Equity Library Theatre. She has been featured numerous times on camera including The Chi, Chicago Med, Chicago Justice, Boomtown and The Practice, and has performed in regional and national commercials and independent films.﻿

Shariba Rivers (Sam) makes her Artemisia debut in Goods. Other credits include The Tasters (Rivendell Theatre), Hoodoo Love (Raven Theatre), for which she earned a Jeff nomination and a BTAA nomination, and Black Ballerina (Fleetwood-Jourdain Theatre). Online productions include Comb Your Hair (Or You’ll Look Like a Slave) and Landscape in DePaul’s Wrights of Spring. Rivers continues to work on season three of the audiodrama, Unwell: A Midwestern Gothic Mystery as one of the main characters, Lily Harper, for which she recently won an AudioVerse award, and is anticipating release of Spokes, an independent short film, later this year. She is a member of three Chicago-based theater companies—First Floor Theater, The New Colony, and MPAACT, where she serves as casting director. Her TV credits include Empire, Chicago PD, Chicago Med and The Chi. sharibatheactor.com

About Artemisia Theatre: Making women heroes – on stage and off – by sharing their empowering stories

Artemisia Gentileschi was a great feminist painter, forgotten by history. Now, she’s considered the greatest female artist prior to the modern period. It just shows why women’s stories are important. They change our perspective, on the past, the present and the future.

For more, visit artemisiatheatre.org where you can sign up for the company’s e-newsletter and subscribe to its new feminist podcast, We Women.