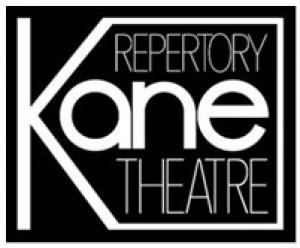 Security: A 17 year old Riaz arrives from Britain to the United States for the first time and is stopped at the airport by a Homeland Security officer named Brian. The experience will change Riaz’s life forever. Thirteen years later, a grown up Riaz returns to the United States, hunts down Brian at his home, and now interrogates him—it’s time to return the favor.

The online production will be a blend of film and theatre. Green screens and professional film set-ups will be sent to the cast in their individual locations, and with the with the work of a top-notch video editor, the final production will look and feel as if both actors are sharing the same space.

Tickets for the online production are $25 per household or $10 per adult, $8 per senior and $5 per student. Tickets are on sale at www.kanerepertorytheatre.com/box-office.

Artistic Director Daniil Krimer comments, “You don’t get to work with Oscar nominees often. Eric Roberts is one of those rare, class act actors that has immense talent and zero ego. It is a masterclass to watch him work and it’s an honor to have him as part of this project. Combine Eric Roberts with the dynamic Chicago actor Harsh J. Gagoomal and you forget that you’re watching a play on an Ipad and not in the actual room. With Zoom fatigue being a real thing, we want to make sure this isn’t just another production with two Zoom screens. We are combining the mediums here, intertwining film and theatre, and the performances are something special.”

“Hammaad Chaudry provides a wonderful new Muslim voice to the American theatre. In this time when we are being challenged by so many prejudices coming to light, this play provides an interesting and nuanced discussion of issues race, religion, and patriotism we all must confront,” adds Director/Producer Ansley Valentine. “Eric Roberts and Harsh Gagoomal are both powerful actors. Their combination of stage and screen experiences lift the words off the page in a thrilling way. And bringing Mr. Roberts back to the theatre, albeit virtually, is an exciting prospect. The play is scary, and funny, and touching. We hope to create a piece that provides a blend of stage and film for something we do not see often; it won’t be your typical Zoom reading. I can’t wait to share it with an audience!”

Hammaad Chaudry (playwright) is a U.S. and U.K. based playwright. His plays include An Ordinary Muslim, which received its World Premiere at the New York Theatre Workshop where he was the Tow Foundation Playwright in Residence. The play was the recipient of The Edgerton Foundation New Play Award and The Laurens/Hatcher Theater Grant. Other plays include God Willing, Tokens, Kismat, Salaam Mr. Bush and Bobby and Rabia. His work has been staged/developed at The Public Theater, The Pershing Square Signature Center, The Flea Theatre, The Kiln Theatre, The Royal Court Theatre in London and The Royal Lyceum Theatre in Scotland.

He was a Van Lier Fellow at New Dramatists, is an alumni of The Public Theater's Emerging Writers Group and remains a Usual Suspect at the New York Theatre Workshop. He is also a graduate of The Royal Court Theatre's Young Writers Programme, where the theatre selected his work for the Young Writers Festival and Unheard Voices competition. He is a recipient of the New Playwrights Award from Playwrights' Studio Scotland. Residencies and workshops include: Cove Park Residency, Vineyard Arts Project Public Theater, Composer Librettist Studio (Nautilus Musical Theater). He holds an M.F.A. in Playwriting from Columbia University where he completed his studies on scholarship and a B.A. in International Politics and History from The University of Surrey in England.

Ansley Valentine (director, Executive Producer) is a professional director and choreographer for the theater and musical theater and an educator with experience teaching professionally at the collegiate level and in both public and private performing arts high schools. Ansley holds an M.F.A. in Directing from Indiana University. He is currently a proud member of the Stage Directors and Choreographers Society (SDC) and Actors' Equity Association (AEA). Ansley is also a graduate of the Arts Midwest Minorities in Arts Administration Fellowship, a program funded by the Ford Foundation to increase minority representation in leadership roles at American not-for-profit organizations. His many awards include a 2014 Telly Award and a Kennedy Center Gold Medallion. He is past National Play Program Chair for Region III of the Kennedy Center American College Theater Festival. In that capacity, he helped to foster the writing and development process of a number of young playwrights including producing readings of new work. In the summer, he is Artistic Director of the Ohio Youth Ensemble Stage, a company that provides an inclusive performing arts experience for students regardless of ability or financial resources.

Ansley's performance credits include (Mr. De Pinna) at the Indiana Repertory Theatre, and several seasons with the Indianapolis Symphony Orchestra’s A Yuletide Celebration as puppet master and Scrooge (a 9-foot tall puppet). He also performed his character mask work with the Alabama and Detroit Symphonies. He has shared the stage with legendary performers Kaye Ballard and Judy Kaye. Other credits include performances with the Indianapolis Shakespeare Festival, Phoenix Theatre, Red Barn Playhouse, Brown County Playhouse, Horsefeathers and Applesauce Dinner Theatre, a national tour with the Mr. Wizard production of Supermarket Science.

Eric Roberts (Brian) is an Academy Award nominee for his role in Runaway Train and a three-time Golden Globe nominee for Runaway Train, Star 80, and King of the Gypsies. He received critical acclaim at the Sundance Film Festival for his roles in A Guide to Recognizing Your Saints and It’s My Party. He starred in La Cucaracha, which won Best Film at the Austin Film Festival, and for which Roberts won Best Actor at the New York Independent Film Festival that same year. Other notable performances include his roles in Final Analysis, The Pope of Greenwich Village, Raggedy Man, Hollywood Dreams, Babyfever, Heaven’s Prisoners, The Dark Knight, and The Expendables, Lovelace and an upcoming feature he is not at liberty to discuss, but is most excited about.

On television, Roberts has received international attention for roles in “Heroes”, “Entourage,” “The L Word,” "The Cleaner," the CSIs, "Justified," "Less Than Perfect." He made a profound impact in the Emmy-nominated adaptation of Truman Capote’s “In Cold Blood,” directed by Jonathan Kaplan. He joined the cast of the Starz series “Crash” for its second season, playing the kind of complex character Roberts is known for.

Roberts has also diversified into music videos, appearing in Sophie Muller’s “Mr. Brightside” video for The Killers, plus its prequel, "Miss Atomic Bomb" and Brett Ratner’s video for Mariah Carey’s “Emancipation of Mimi”—both award winners. One of his most popular appearances was as the surprised recipient of a heart-felt, spontaneous shout out from The Wrestler’s Mickey Rourke at the Independent Spirit Awards. On stage, Eric won the Theatre World Award for his role on Broadway in Burn This. He returned to the New York stage in “The Exonerated” and appeared in the show’s touring company as well.

Roberts was born in Biloxi, Mississippi, and grew up in and around the Atlanta area. He began his career in theatre, and as an actor in his late teens in New York City on the soap opera “Another World.”

If you ask Roberts today, he will tell you he has more than retained his passion for acting, but that there have been some additions to his repertoire of which he is most proud, namely his daughter Emma Roberts, and his step kids, Morgan and Keaton Simons. He supports them in all their artistic, musical and culinary endeavors. Eric’s other personal passions can be explored at his website www.ericrobertsactor.com

Harsh J. Gagoomal (Riaz) is a joyful artist and aspiring policymaker who currently resides in Chicago. Previous acting experiences include performing in Guards at the Taj (Underground Railway Theater), The Elaborate Entrance of Chad Deity (Red Theater Chicago), and Black & Privileged (Netflix, 1555 Filmworks). Harsh previously served as the director of The Homeless Monologues at the Goodman Theatre. Learn more about him at www.hiimharsh.com.

Daniil Krimer explains, “At Kane Rep’s 2020 New Play Lab, we gave 14 playwrights the opportunity to workshop their new works for about 10 hours each. In retrospect, it’s clear that that is not enough time to help playwrights make significant changes to their works of art. This realization inspired us to create the Multiplatform Commission. We decided that, in order to give a playwright the ability to develop a piece, we should commission them and work in tandem to give a piece life. After reading An Ordinary Muslim, we knew that Hammaad Chaudry was our guy. We are now on draft two of Security, and Hammaad’s ability to make every day dramatic situations symbolize something much bigger, is a testament to why he is one of the premiere up-and-coming playwrights of this decade.”

About The New Play Lab

The New Play Lab is an ongoing project that is committed to helping playwrights continue the development of their new scripts. 2020 was a year full of challenges and opportunities, and Kane Rep worked with 14 professional playwrights on their new works. Over the course of 5 months,15 plays, brought to life by more than 75 actors and directors, were produced. Funded by our generous audience and community, each and every participating theatre artist was compensated.

The New Play Lab provides a virtual rehearsal room to each selected playwright, connecting them with professional actors from our ensemble and beyond. On Wednesday evenings, audiences are invited to join us for a virtual reading of the scripts on YouTube Live. The audience gets a firsthand look at the development of these works and becomes an integral part in the creative process by joining us for post-read discussions, where sharing questions, thoughts, and impressions with the team is welcome.

As the company looks forward to 2021, it envisions a year of hope—one that will bring artists and audiences back to the theatre and in physical community with one another. The Kane Repertory Theatre Multiplatform Commission reflects that hope.

Kane Repertory Theatre is a home for professional, intellectually stimulating theatre. By using visceral performance to explore values in America, we seek to spark conversation, evoke empathy, and strengthen the community. We work to be one of the Midwest’s leading regional theaters by forming an ensemble of dynamic artists, providing patrons of all ages with first class theatre education, and engaging new audiences through various outreach efforts.