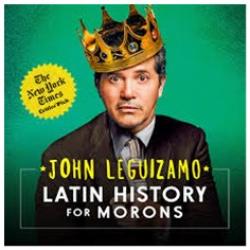 Leguizamo’s image is projected on a overhead screen – kind of like opera subtitles, but it’s the actor instead – which I thought was a tad distracting. 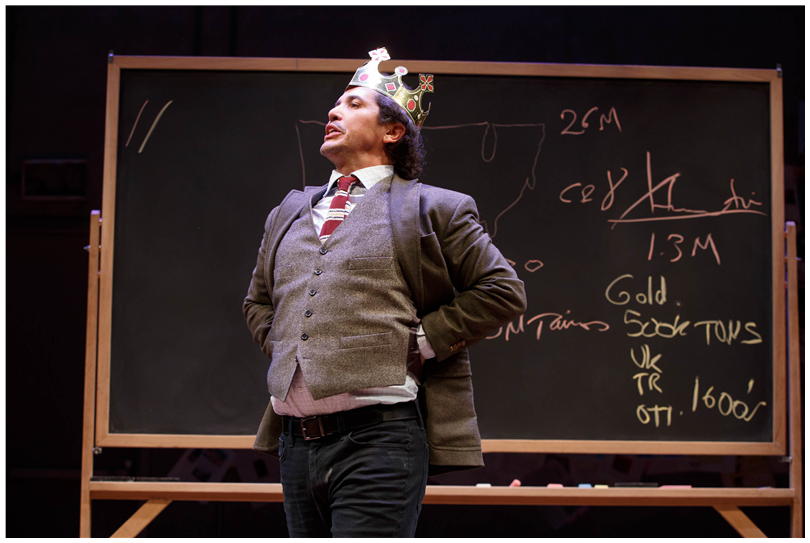 Leguizamo need to help his son with a project in school.  Since he couldn’t find anything about his heritage, he set out to find it.  At the same time, his son was being bullied and called names like ‘beaner’ by a kid whose father was ‘descended from generals’, so Leguizamo was trying to help him with come-backs.  He even talked to the boy's father, but lost his cool.

In order to help his son, Leguizamo dove into every history book he could find, looking for Native American/Latin history.  He discovered that there’s Montezuma and then nothing for the next thousand years!

Using an old-fashioned blackboard, he drew maps of North and South America with the general location of Indian civilizations like the Aztecs, the Incas and the various tribes of North America.  He went on to explain how these peoples were wiped out first by the Spanish armies, then by the diseases the Spanish brought with them.

He gives a lecture on DNA, explaining Latin heritage.  He found Latins who made contributions throughout American history, even finding Latin heroes of America’s wars.

Leguizamo does multiple voices including his son, his wife, his daughter and even his psychiatrist. 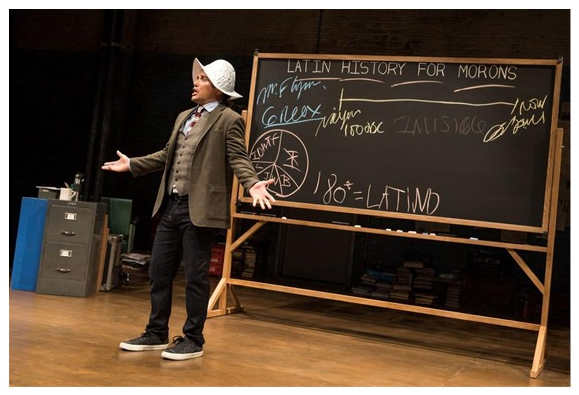 “Latin History for Morons” runs through November 3rd at the Cadillac Palace Theatre, 151 W. Randolph, Chicago.  The best-priced parking option for Cadillac Palace is the garage on the corner of Franklin and Lake which charges only $13.  Running time is 110 minutes, no intermission.  For remaining performance dates and times, visit www.broadwayinchicago.com.  Tickets range from $30-$90.  FYI (312) 977-1710, (800) 775-2000, www.broadwayinchicago.com or www.ticketmaster.com.