The Joffrey Ballet proudly launches its 2022-23 season with Beyond Borders, a mixed repertory program that pays tribute to the Joffrey’s maverick legacy with works by artists of its past and present. A highlight of Beyond Borders is sure to be a second new work commissioned from in-demand choreographer Chanel DaSilva in addition to the return of favorites by critically acclaimed choreographer Liam Scarlett and beloved Joffrey co-founder Gerald Arpino marking the start of his centennial celebration. Pushing the boundaries of dance and classical ballet, Beyond Borders will be presented at the historic Lyric Opera House, 20 North Upper Wacker Drive in downtown Chicago, in ten performances only, from October 12-23, 2022. 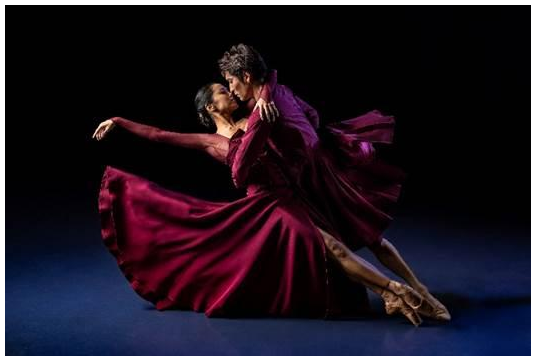 Following her powerful company debut in 2021 with Swing Low, DaSilva returns to the Joffrey with a second original creation for Beyond Borders. One of the most exciting on-the-rise artists working today, DaSilva excelled her career in 2020 via Joffrey’s celebrated Winning Works series supporting up-and-coming BIPOC choreographers with B O R D E R S, a provocative contemporary work that imagined the boundaries—both literal and figurative—that people place on themselves and others. For Beyond Borders, DaSilva explores questions of good, evil, and compromise through the lens of color and its influential effects on human emotions, psyche, and spirituality. She has worked closely with artists of the Joffrey to create this work which features an original, cinematic score by Cristina Spinei, DaSilva’s constant creative collaborator for over ten years starting from their time studying at The Julliard School. Presented with a contemporary stage setting and bold costumes, the new work will display both DaSilva’s inspirational storytelling prowess and Joffrey Company Artists’ immense emotional and spiritual availability.

The Mary B. Galvin Artistic Director of the The Joffrey Ballet Ashley Wheater MBE says, “It has been awe-inspiring to watch Chanel’s career flourish, starting as a choreographer of much promise in Winning Works, to astounding audiences with Swing Low last season, to her return this year with a highly original work created with Joffrey artists for Beyond Borders. It is my sincere pleasure to work with artists who value collaboration, and who seek inspiration for dance across art, music, and ideas that compel us forward.”

The Joffrey Ballet President and CEO Greg Cameron adds, “We look forward to welcoming audiences back to the theatre this season with this multifaceted production that expresses the originality of the Joffrey from its inception to the present. Beyond Borders is the perfect season opener reflecting the Joffrey’s legacy and innovative spirit.”

Beyond Borders displays a wide range of creative expression, continuing with Joffrey co-founder Arpino’s Suite Saint-Saëns, weaving classical movement with the late choreographer’s signature neo-classical style of speed, energy, and quality. With its lilting score, this American masterwork was once described by choreographer Agnes DeMille as like “standing in a flight of meteors.”

Illuminated under the subtle glow of intricate chandeliers, with chic costumes designed by the late choreographer himself, Scarlett's Vespertine puts a modern twist on the romantic era of the late 18th century.  With Vespertine, the late choreographer takes inspiration from the great Baroque era artist Caravaggio in this hypnotic performance of stylistic sensualism and elegance. His dynamic technique provides elements of bright rays of light and darkening shadows. 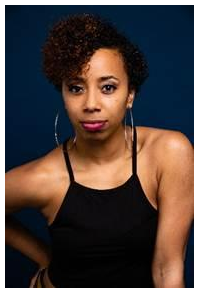 Chanel DaSilva is a multifaceted artist whose work reflects her deep connection to the transformative power of the arts. A native of Brooklyn, DaSilva is a graduate of LaGuardia High School for the Performing Arts and The Julliard School. DaSilva was a member of the highly celebrated Trey McIntyre Project (TMP) based in Boise, Idaho. In 2011, DaSilva graced the cover of Dance Magazine and as a part of Brooklyn Academy of Music’s “Dance Motion USA,” DaSilva toured throughout Asia with TMP as a cultural ambassador to the United States. DaSilva is the recipient of the 2019 Martha Hill Dance Fund Mid-Career Award, a 2011 Princess Grace Award, and the 2008 Martha Hill Prize awarded by The Julliard School. She is a National YoungArts Winner, was named a Presidential Scholar in the Arts, and was featured on the 2004 PBS Documentary American Talent. As a choreographer, DaSilva has created works for Gibney Dance Company, American Repertory Theater, Harvard Dance Project, Ariel Rivka Dance, The Julliard School, and LaGuardia High School for the Performing Arts. In 2019, DaSilva received an IRNE nomination for Best Choreography for The Black Clown which premiered at American Repertory Theater in Cambridge, MA. In 2015, DaSilva co-founded MOVE|NYC|, a multi-pillared arts and social justice organization with the mission of creating greater equity and diversity in the dance profession and beyond.

Single tickets start at $36 and are available for purchase at Lyric Opera Box Office located at 20 N. Upper Wacker Dr. and by telephone at 312.386.8905, or online at joffrey.org.

About The Joffrey Ballet­­

The Joffrey Ballet is one of the premier dance companies in the world today, with a reputation for boundary-breaking performances for more than 60 years. The Joffrey repertoire is an extensive collection of all-time classics, modern masterpieces, and original works.

Founded in 1956 by pioneers Robert Joffrey and Gerald Arpino, the Joffrey remains dedicated to artistic expression, innovation, and first-rate education and engagement programming. The Joffrey Ballet continues to thrive under The Mary B. Galvin Artistic Director Ashley Wheater MBE and President and CEO Greg Cameron.