"If I Forget" - Review by Alan Bresloff 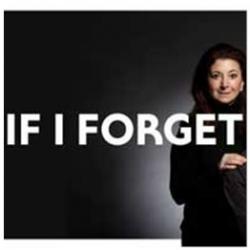 The story takes place in 2000 and later in 2001 in Tenleytown, Washington D.C.( FYI- if you pay close attention to the political bantering, you will get a better idea of the world situation at this moment).The  Fischer home ( Andrew Boyce’s set is miraculous) is filled with the family gathered to celebrate the Patriarch of the family, Lou’s ( the aforementioned Darlow) 75th birthday. His wife has passed away and while we hear a great deal about her and her passing, we only 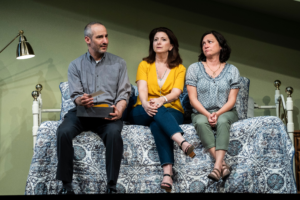 know that she ran the family and that this task has now been taken over by the eldest daughter, Holly ( deftly handled by Gail Shapiro). Holly and her second husband, Howard Kilberg ( the always reliable Keith Kupferer) and her son, Joey ( Alec Boyd) reside in the family home. 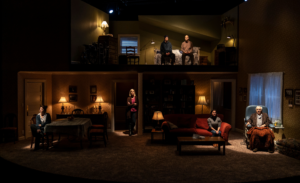 Visiting for this special occasion are younger daughter, Sharon ( Elizabeth Ledo gets to show off her amazing diversity of stage in this character) and son, Michael ( a powerful performance and character study by Daniel Cantor) with his convert wife, Ellen ( Heather Townsend). Michael is a scholar on Jewish history and traditions, yet does not believe in God. Sharon is a true believer in being Jewish and Holly follows traditions. Each of the siblings remembers growing in this house, and yet their memories are unique to themselves. In other words they recall the life they want to recall. 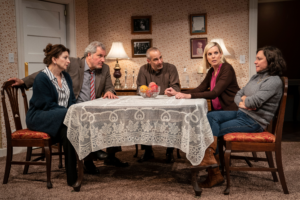 What we learn during the two-hours-twenty-five minutes ( includes a 15 minute intermission) is that deep in each of the lives of these siblings is a deeper story. While all seems good, it is not. In fact, they are as far as the “perfect family” as one can get. Michael has written a book that may cost him his position and his tenure. It is a book dealing with the Holocaust and how Jews hold it dear, but perhaps for the wrong reasons. There is much political banter as well. Howard, a successful attorney has his own set of problems and Sharon, the same.

As we learn the back story on each, we see more than meets the eye. They all see their family history in a different light. While they are all concerned about Lou, the deeper concern is for themselves. Again, these are the plays where I try NOT to get into all of the story, so I will not go deeper. I will tell you that  each of the actors in this production brings their character to life. Canto’s Michael is both funny and  sad. Darlow, as always is masterful ( even when he is sleeping in Act two, you know he is still in character) and Ledo truly shines. 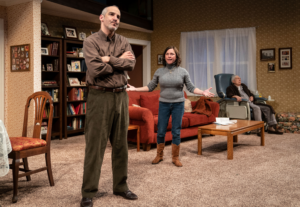 Lou owns a building in an area that is ready to undergo change. It was for generations his family’s clothing store and they all lived in comfort from this business. Now, Lou being retired they are renting it to a Hispanic business, at a lower than normal rent and Sharon has fallen in love with the son , a married man with a child, which complicates the situations that come out. I will not tell you all of the back stories involved in the whole picture, but will tell you that this is a powerhouse of a story about people and the pressures that often face them. Michael and Ellen have a daughter, Amy, who we never meet, but who we learn has a set of problems that are  hard to deal with.

Sharply directed by Devon de Mayo, this is a story, or might I say “stories” that are all over the map and I am sure that many audience members, if they look back into their lives, will see their own family members on the stage. While this is a “Jewish” family, it could be the 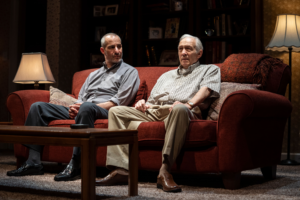 same with other groups. Being Jewish myself, I associate with a great deal that Levenson presents to us. The building that housed the family business is worth far more in a world of change than might be expected and in reality, would resolve all of the financial problems of the Fisher family. It could offer them a new beginning, but at what cost?

“If I Forget” explores, deeply, a family and its history. It looks at the past and possibly how the future will affect them. They look at history ( family and country), their own legacy ( should the “store” be passed on to the grandchildren?), gentrification and identity. As we walked out of the theater, I said to Jane, this is one that needs discussions after the show. They will!

Hats off to the technical aspects of the show as well. Costumes (Izuma Inaba), lighting (Heather Sparling), sound ( Kevin O’Donnell) and props (Rachel Watson). Every part of this production fits exactly as it should making it a wonderful experience for every audience member , no matter their personal background.

“If I Forget” will continue at Victory Gardens Theater located at 2433 N. Lincoln Avenue thru July 7th with performances as follows: