Amy Armstrong, the singer who was a popular fixture on Chicago’s cabaret scene for 23 years, will return in a one-night-only benefit cabaret presented and hosted by Theo Ubique Cabaret Theatre on Saturday, January 29, 2022. 100% of ticket sales will be directed toward defraying costs of medical treatment for Armstrong, who was diagnosed with cancer in 2018 and subsequently moved to Puerto Vallarta, Mexico to receive medical care. Armstrong will appear at Theo Ubique with her performing partner Fernando Gonzales (the “Duo Durado”) in an evening entitled VIVA LA DIVA, A MUSICAL JOURNEY TO HELP AMY ARMSTRONG FIGHT CANCER. The cabaret will be performed at Theo Ubique’s home, the Howard Street Theatre at 721 Howard St., Evanston. The performance will begin at 7:30 pm. Doors open at 6:30 pm. A cash bar will be available. 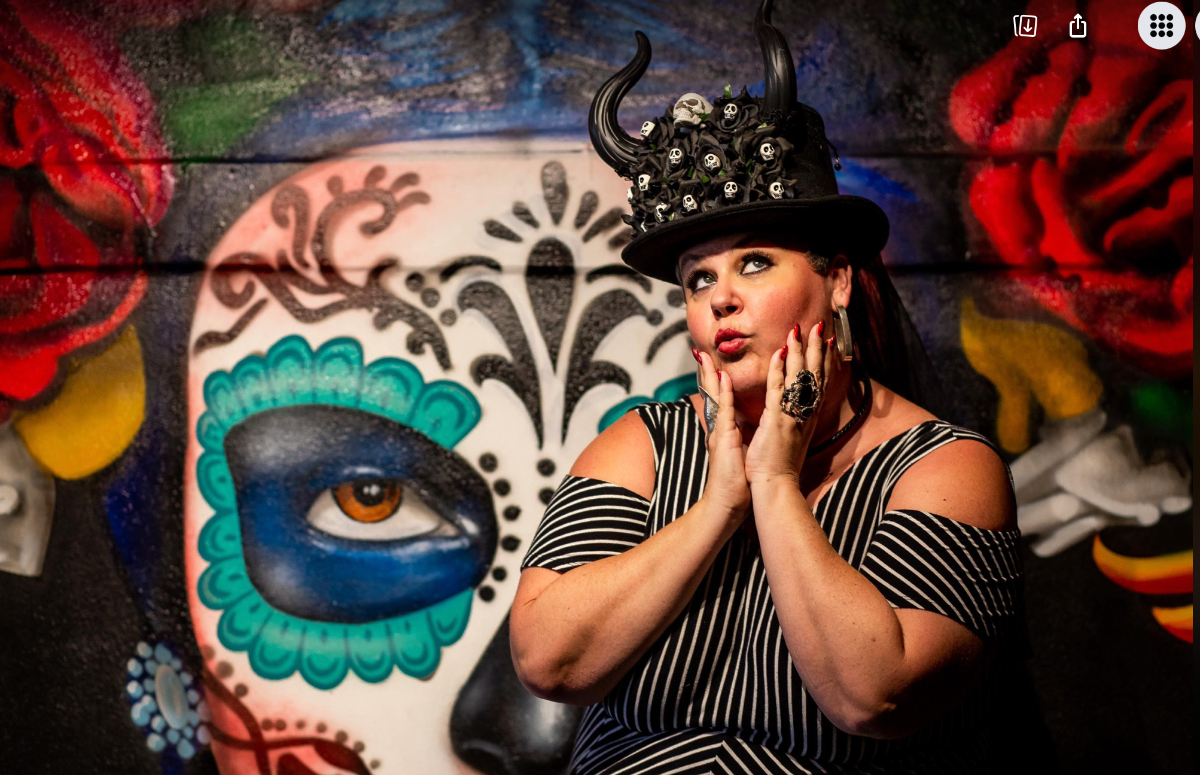 Originally from Detroit, Amy Armstrong has been a professional entertainer since she was a young child. Amy's powerful and soulful voice mesmerizes listeners while her hilarious and sometimes risqué humor keeps them doubled over in laughter. Amy made her home in Chicago in 1995, and quickly became one of the Windy City’s hottest talents. In 2018, Amy was diagnosed with cancer and moved from Chicago to Puerto Vallarta permanently to receive medical care.

Amy Armstrong and Fernando Gonzales – a performing team known as “Duo Durado” are inspiringly-talented musicians who have dedicated themselves to music and performing. Through their unforgettable live performances and impeccable studio recordings, they have honed their technical capabilities and sound to form one unstoppable force in the music world. 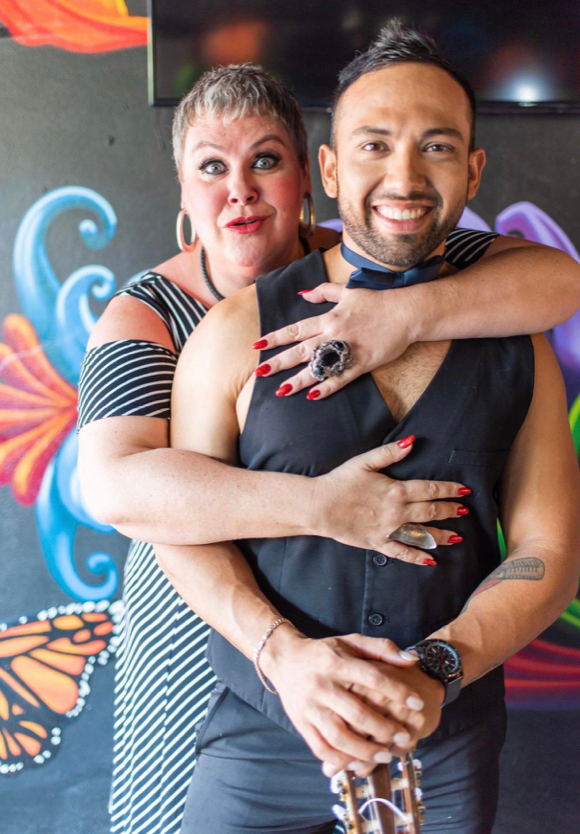 Theo Ubique Board President Thom Szymanski says “When Amy announced that she was diagnosed with cancer, it came as a shock to the community. Amy has been fighting cancer and the costs involved with her treatment ever since. Amy has been a long time LGBTQ+ supporter, advocate and angel since the day she came to Chicago. This is a chance for us to give back to Amy and support her on her journey by hosting her to help raise funds for her treatment costs.”

Theo Ubique will be requiring all audience members to be fully vaccinated from COVID-19 this season. Photo ID and proof of vaccination (photos or photocopies are acceptable) will be required at the door. 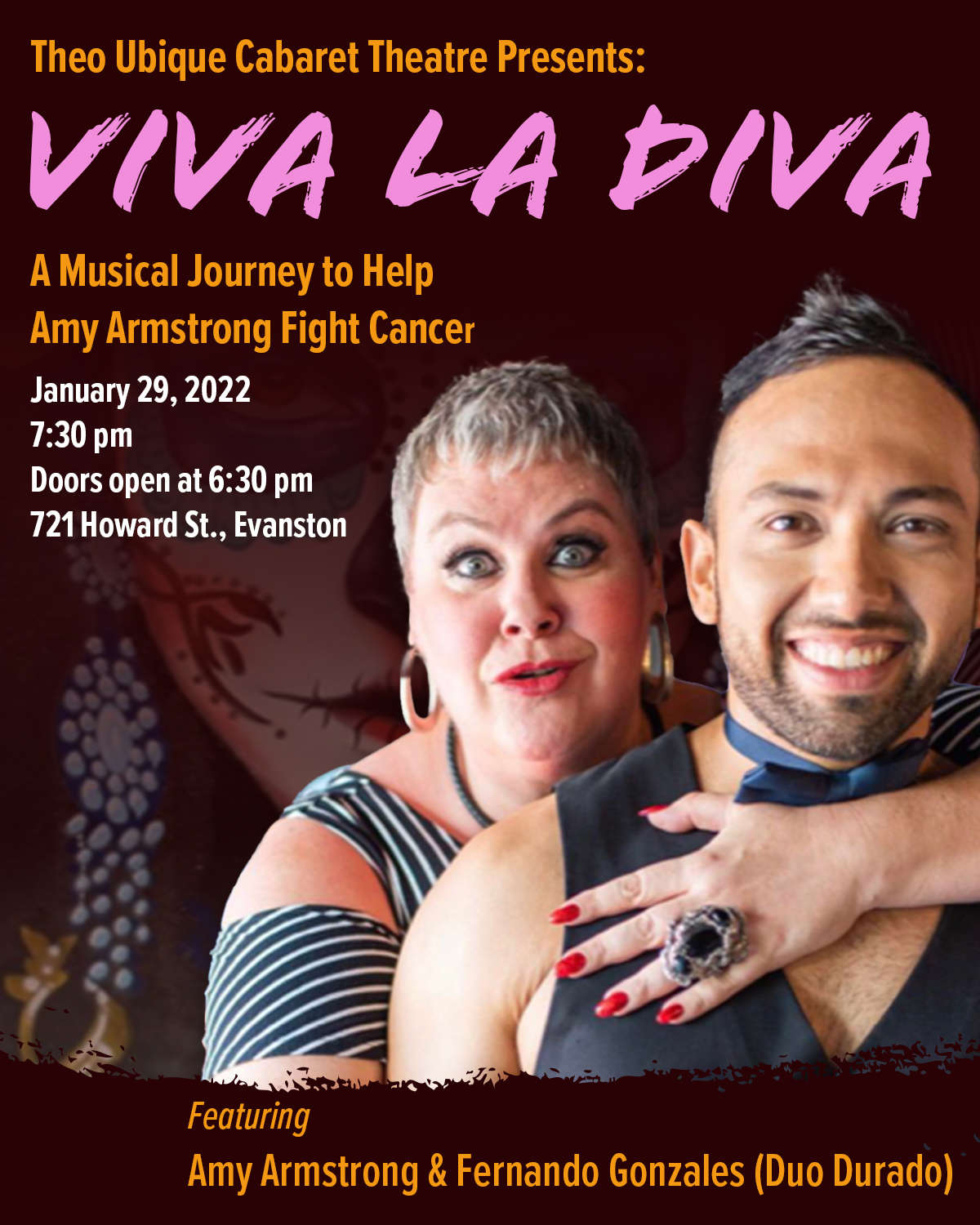 "Choose Your Price for the Fight"
100% of ticket sales will go directly to Amy for her medical expenses.
You can choose one of three ticket prices to support Amy. All seats are general admission.
Ally - $50.00
Friend - $75.00
Angel - $125.00
Tickets available at www.theo-u.com
All patrons must provide proof of vaccination and wear masks at the event.

A benefit cabaret to raise funds to defray Amy Armstrong’s medical expenses in her fight against cancer. Performance by Amy Armstrong and Fernando Gonzales (Duo Durado).

Theo Ubique was founded in 1997 by artistic director Fred Anzevino. Productions were first staged at the Heartland Studio Theatre, and from 2004 to May 2018, at No Exit Café, where the company began focusing on musicals and revues, reigniting the cabaret theatre trend in Chicago. The company moved to the Howard Street Theatre, a venue owned and developed for Theo Ubique by the City of Evanston, in fall of 2018. Theo Ubique has produced more than sixty shows and won 64 Jeff Awards, having received 154 nominations. The company also earned three After Dark Awards.