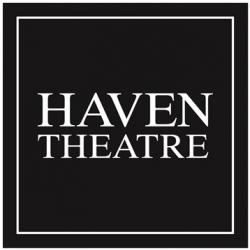 Haven is pleased to announce its 2021-22 Season, new mission statement and select special programs. The season kicks off this fall with the second annual Rocky Horror Picture Show directed by Haven’s Artistic Director Ian Damont Martin, featuring a screening of the cult-classic film alongside shadowcast performances by some of Chicago favorite actors.

Next summer, Haven will mount the next iteration of Nikki Lynnette’s multidisciplinary afrogoth musical Get Out Alive, co-directed by Roger Ellis and Lucky Stiff, which features the writer and her personal journey with mental health.

This season, Haven continues its shift into the multidisciplinary space, delivering on the media aspect of its mission with the production of the short film Save Face, written and directed by Haven’s Artistic Director Ian Damont Martin. The film will screen next Summer during Haven’s inaugural film and media festival, Festival Au Cinema.

Additionally, Haven will host several special events, including its first annual gala, Summer Dreams: A Gala for the Artist in You and its third annual NYE Party: The Future Ball, in partnership with The Den Theatre.

Haven’s 2021-22 Season will be staged at its resident home, The Den Theatre, 1331 N. Milwaukee Ave. in Chicago’s Wicker Park neighborhood. Tickets for the mainstage productions will go on sale at a later date. Membership packages are currently available for purchase. For additional information, visit havenchi.org.

Over the course of the pandemic, Haven worked in partnership with MBMD Consultants to develop a new mission and values statements. Haven’s mission now reflects, “We embolden visionary artists to practice and hone their craft by providing an equitable haven of opportunity for the creation of innovative performance, theatre and media arts.” Complementing this new mission is a set of four institutional values, which shape and guide Haven’s processes: People First, Inclusion, Accountability and Mentorship.

Comments Artistic Director Ian Damont Martin, “Haven has used this time to clarify our purpose, our values and the impact we intend to have in our community. What is our essential work and how do we go about carrying that work forward? To come out on the other side of 2020 with this new mission and clarified purpose, centering our newly identified values, feels like a major win for Haven at this point in the journey. We are excited, ready and so looking forward to getting back to our essential work – which is to create space for artists and share innovative creative work across disciplines with the artistic community.”

In Haven’s production, actors will shadowcast performances alongside a screening of the 1975 cult-classic film. Sweethearts Brad and Janet, stuck with a flat tire during a storm, discover the eerie mansion of Dr. Frank-N-Furter, who seems to be having a party. But this is no ordinary party, no ordinary night. This is the unveiling of the doctor's latest creation: Rocky Horror. The night’s misadventures will cause Brad and Janet to question everything they’ve known about themselves, each other, love and lust.

Written by and featuring Nikki Lynette

Get Out Alive is a new interdisciplinary musical by independent artist, actor and activist Nikki Lynette. This autobiographical afrogoth musical is equal parts raucous, tender, intelligent and triumphant. Recounting her personal journey marked by abuse, grief, sexual assault and suicide, Lynette raises mental health awareness through the lens of a hip-hop concert. Using storytelling, song, dance, visual media and a live DJ, Lynette’s offbeat approach to sharing her personal mental health journey shows that even when life leads us to a bad place, we can always make it out alive.

In this debut short film from writer/director Ian Damont Martin, a Black boy must navigate personal and political revolution when he is suddenly exposed in a modern world that presumes all people of color are extinct. Sitting between the genres of science fiction, thriller and coming-of-age, Save Face invites us to reflect on our individual and collective understandings of race.

Ian Damont Martin (he/they) is a writer/director by passion and a creative executive by trade. Ian is the Artistic Director of Haven Chicago, and the executive director of Inclusion & Belonging at the Art Institute of Chicago. Ian has worked with a number of arts and cultural institutions, including Enrich Chicago: a collaborative of arts, culture and funding institutions collectively engaging in the work of anti-racist and racial equity organizing. In 2016, he was awarded the Joyce Foundation-funded artistic producing apprenticeship at Goodman Theatre. Selected directing credits include Shakespeare’s Titus Andronicus, Twelfth Night and The Tempest; an adaptation of The Ridiculous Darkness by Wolfram Lotz for Sideshow Theatre; The Toilet by Amiri Baraka for Haven Chicago; a reading of The America Play by Susan Lori-Parks for Goodman Theatre. Ian is originally from Cincinnati, OH and gives love and gratitude to the people who helped shape the person he is today. iandamontmartin.com

Nikki Lynette (she/her) is a social impact artist and mental health activist. Her music is featured in popular shows on Netflix, Hulu, Showtime and more. Since going public about her suicide recovery in 2016, Nikki's outreach grew from a mental health video series for AFROPUNK to giving a TEDx Talk hosted by Princeton University. With her play Get Out Alive, Nikki made history as the first black female playwright to be produced by American Music Theatre Project and the first AMTP work to debut at Steppenwolf Theatre Company. She was recently honored with an Ambassador of the Year Award by NAMI, the largest grassroots mental health organization in America.

Roger Ellis (they/them) is a director-producer of tech-forward experimental performance projects. Ellis’ work explores identity, post-traumatic growth and the relationship between digital technology and the human body. Recent projects include the film adaptation of Nikki Lynette’s afrogoth musical Get Out Alive, and [re: CLICK], an app-based performance devised in response to Click by Jacqueline Goldfinger. Ellis’ choreography for AntigoneNOW was featured in the 27th Cairo International Festival for Experimental Theatre. Ellis’ work has been produced in Atlanta, NYC, Chicago and Southern California. Ellis is an Assistant Professor in the Department of Theatre at Northwestern University. rogerellis.com

Lucky Stiff (they/them) is a trans and nonbinary director, writer and performer working in Chicago and New York. They build original experiences that combine nightclub culture, theater and performance art which have been featured at the Museum of Contemporary Art Chicago, Steppenwolf Theatre Company, Blue Man Group, Boy Friday Dance Company and Bushwig Festival of Drag, among many others. Most recently they directed Hullabaloo by Sarah Schecter for #Enough: Plays To End Gun Violence, presented digitally by the International Thespian Society. They hold an MFA in Directing for Theater from Northwestern University.

We embolden visionary artists to practice and hone their craft by providing an equitable haven of opportunity for the creation of innovative performance, theatre and media arts.

Centering our artists, audiences and the work, Haven Chicago commits to the following values: