Chicago Fire FC today announced that it has agreed to a Club-record, multi-million-dollar transfer fee with English Premier League club Chelsea FC for Chicagoland native and Homegrown goalkeeper Gabriel “Gaga” Slonina. As part of the transfer agreement, Slonina will remain with the Fire on loan through the rest of the 2022 MLS season.

The agreement with Chelsea is the most expensive transfer fee for a player in Club history, as Slonina becomes the youngest Fire player to sign with a team in a top-five European league.

“We’re very proud and happy to see Gaga reach this milestone moment in his career,” said Chicago Fire FC Sporting Director Georg Heitz. “Since joining the Club, Gaga has embodied what it means to be a Chicago Fire player. In addition to his incredible talent, he is mature beyond his years, extremely hard working, and a fantastic teammate. Gaga is a role model to many young aspiring footballers in Chicago, and this transfer demonstrates that a player can progress to the first team from our Academy before joining one of the biggest clubs in the world.”

Slonina, 18, originally joined the Chicago Fire youth system at 10 years old before inking a professional contract with the first team on March 8, 2019. At just 14 years old, Slonina became the second-youngest player signing in MLS history behind Freddy Adu and the youngest Homegrown signing in League history at the time.

“I joined this Club with ambitions of playing at the highest level and it’s been a dream come true to wear the Chicago Fire jersey,” said Slonina. “This Club has become my second home, my second family, and there are so many people that have played a big role in helping me get to where I am today. I’m so thankful for all the support that I’ve received from my family, coaches, teammates, and everyone associated with the Club. It’s been an incredible honor to work alongside each one of you.”

“To the fans, I want to thank you all for supporting a local boy from Addison. You have inspired me to work my hardest day in and day out” continued Slonina. “I promise that I will continue to give everything in these final 11 games to help get us back into the playoffs and compete for a championship.”

The Chicagoland native earned his first MLS start with the Fire at 16 years old on Aug. 4, 2021 in a 0-0 draw with New York City FC, becoming the youngest goalkeeper in MLS history to notch a clean sheet, a win and a start. Slonina concluded the 2021 campaign with an impressive four shutouts in his first 11 matches as a professional.

“It’s been incredible to see Gaga’s continued growth on and off the field during my first season with the Club,” said Chicago Fire FC Head Coach Ezra Hendrickson. “His talent has been on full display, but I’ve been most impressed by his mentality and his willingness to constantly add more to his game at such a young age. This transfer speaks to the talent that exists within the Club and our philosophy toward developing young players. Gaga fully deserves this opportunity and we look forward to finishing the 2022 season with him on a high note.”

In 2022, Slonina has appeared in each of the team’s 23 regular season matches, leading the Club in minutes played (2,070) and starts (23). Overall, Slonina has kept clean sheets in 10 matches this season, including five in the team’s first seven matches to start the new campaign. With 11 games remaining in the regular season, Slonina is six clean sheets away from tying the MLS single-season clean sheet record (16), set by U.S. Soccer Hall of Famer and current Fire broadcaster Tony Meola in 2000.

At the international level, Slonina earned his first call-up to the U.S. Men’s National Team shortly after the conclusion of his standout 2021 MLS campaign. He was subsequently called up to the USMNT in January 2022 for FIFA World Cup qualifying matches. Slonina previously represented the U.S. on the youth stage, earning eight caps at the U-15, U-16, U-17, and U-20 levels.

Slonina and the Fire will return to MLS regular season action on Saturday, Aug. 6 against expansion team Charlotte FC at Bank of America Stadium. Beginning at 6:00 p.m. CT, the match will be broadcast live on WGN-TV, CF97 Live and transmitted locally in Spanish on TUDN 1200 AM. 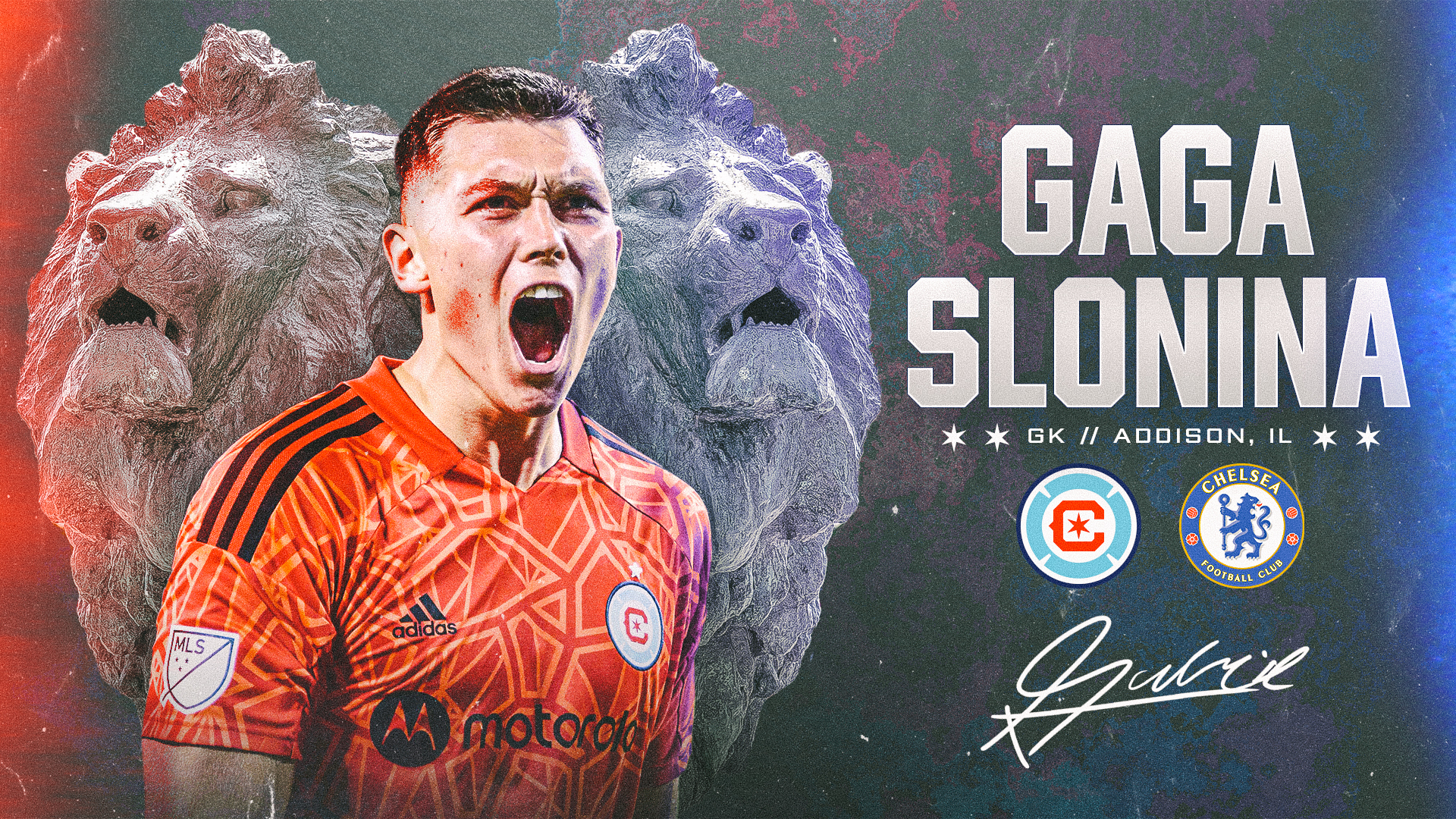