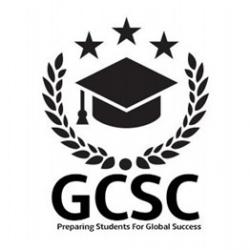 The Gary Community School Corporation (GCSC) announced today that it will move to the Greater South Shore Athletic Conference beginning in 2023. The promotion to a significantly larger conference acknowledges the respect that student-athletes from West Side Leadership Academy are commanding in the region.

“The invitation to join the South Shore conference is a show of respect for our students and staff,” said Dr. Paige McNulty, Manager of GCSC. “To be accepted by the principals of all of these South Shore schools is a testament to the skill and character our students have demonstrated on and off the field.”

Playing in a four-team conference presents challenges, from finding referees to tracking down opponents to fill out a nine-game season. In past years, the Cougars have made multiple trips in a single season to Indianapolis in order to find teams to play games out of conference. With the larger conference, West Side will be able to play games against opponents from across Lake and Porter counties.

Athletic Director Robert Lee believes the investments that GCSC is making to improve its athletic facilities helped attract the attention of South Shore conference officials. In recent months, GCSC has installed a new state-of-the-art track. The district is currently accepting proposals to install lights at the field and plans to install an artificial turf football field as well.

GCSC’s student-athletes have achieved success in the classroom and in competition. The West Side boys basketball team advanced to Semi-State last year, and multiple players on the team received college scholarships.

“Gary has a proud history of supporting its students to succeed in sports and in life,” said Lee, who graduated from West Side in 1984 and starred on the football team. He noted the student-athletes from West Side who have gone on to play in the NFL, including Jon’Vea Johnson, Lonnie Johnson, and Brandon Moore. “We bring a lot to the table, both with our illustrious history and our future potential, and the move to the South Shore conference recognizes that.”

Lee added that other West Side sports teams will continue the relationship with the Great Lakes Conference.