First Folio presents the World Premiere of THE SECRET COUNCIL 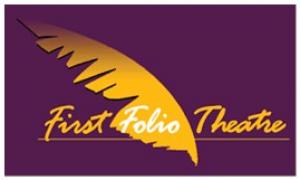 First Folio Theatre (Mayslake Peabody Estate, 31st St. & Rt. 83) is thrilled to present the World Premiere of Agatha Christie’s THE SECRET COUNCIL, adapted by David Rice. The show will preview January 26th - 28th, open January 29th, and run through February 27th, 2022. A thrilling whodunnit, THE SECRET COUNCIL adapts Agatha Christie’s The Secret Adversary, the first adventure featuring beloved detectives Tommy and Tuppence. In the wake of the Great War, England finds itself under attack from a Secret Council of its enemies, who are plotting to undermine and subvert the last bastions of freedom. A captivating production filled with double-crosses, secret identities, and the trademark Agatha Christie twists, this show is the perfect winter escape into a world of intrigue and conspiracy that takes us from the sinking of the Lusitania to the streets of London at the height of the roaring ’20s.

From the Jeff-Award-winning playwright who wrote The Madness of Edgar Allen Poe, Captain Blood, Shrew’d!, and Cymbeline: A Musical Folktale, comes another inventive adaption featuring Agatha Christie’s most dashing and romantic sleuths. A few years after the Great War has ended, good friends Tommy Beresford and Tuppence Cowley are hot on the trail of the mysterious Miss Rosey Bottoms. As they delve further into the woman and her past, they uncover a conspiracy involving the sinking of the Lusitania, the US and British Governments, and a group of Bolsheviks looking to sow chaos. When one of their suspects is found dead, the stakes turn deadly for the sleuthing duo. Throw in an American detective, a sexy spy, and an entire cadre of foreign agents and you’ve got a mystery that might just stump even this duo!

All performances will take place at historic Mayslake Hall, located at 1717 W 31st St., off Rt. 83 in Oak Brook. First Folio is easy to get to from the East-West Tollway (I-88) or the Stevenson Expressway (I-55). Free parking is available on the grounds. Preview tickets are $29. Regular-priced tickets are $49 Wednesdays and Thursdays (seniors are $44), and $59 on Fridays through Sundays (seniors are $54). Student prices are $20 for all performances. Two-show subscriptions are available for $42-67. Season subscriptions and individual tickets may be purchased by calling the box office at 630-986-8067 or online at www.firstfolio.org.