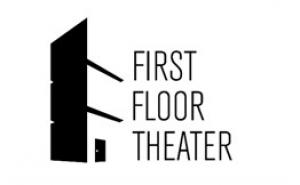 First Floor Theater is excited to announce their ninth live-production season, featuring one world premiere and one Chicago premiere, along with a second round of The Blueprint Commission, it’ new play development initiative.

“We’re thrilled to welcome back audiences with some of the most electrifying, audacious and unabashedly queer work in Chicago,” says Artistic Director Hutch Pimentel. “We spent our time away from the theatre reassessing our priorities and values and we’re proud to reintroduce a more equitable, more vibrant First Floor Theater.”

The Chicago Premiere of

BOTTICELLI IN THE FIRE

Playboy Sandro Botticelli has it all: talent, fame, good looks. He also has the ear – and the wife – of Lorenzo de Medici, as well as the Renaissance’s hottest young apprentice, Leonardo Da Vinci. But while at work on his breakthrough commission, ‘The Birth of Venus,’ Botticelli’s devotion to pleasure and beauty is put to the ultimate test. As the plague sweeps through the city, the charismatic friar Savonarola starts to stoke the fires of dissent against the liberal elite. Botticelli finds the life he knows breaking terrifyingly apart, forcing him to choose between love and survival. Jordan Tannahill’s hot-blooded queering of Renaissance Italy questions the value of art at the collapse of society.

The World Premiere of

THE SECRETARIES: A PARABLE

Berlin, 1944: four women in Aryan drag vie to be the Führer’s personal secretary as he heads into a bunker with his girlfriend. As the Third Reich crumbles around them, mystery and secrets abound, causing tensions to escalate. Omer Abbas Salem’s fearsome, outrageous and absurd new work examines complicity and the lies we tell ourselves as we mistake self-interest and supremacy for civic duty. This is Salem’s first production as a playwright in Chicago.

Botticelli in the Fire and The Secretaries: A Parable will take place at The Den Theatre, 1331 N. Milwaukee Ave. in Chicago’s Wicker Park neighborhood, where First Floor is a resident company.

First Floor Theater will continue the Blueprint Commission program this season. The company will select two playwrights and develop their projects over the course of a year, culminating in public readings of the new plays beginning in the Summer of 2022. This vital work to help bring crucial voices to the stage will continue to be a part of First Floor's work for years to come. This project is made possible by a generous donation from Michael and Mona Heath, of the HeathFund. Thanks to their generous contribution, both projects will be afforded full developmental processes. 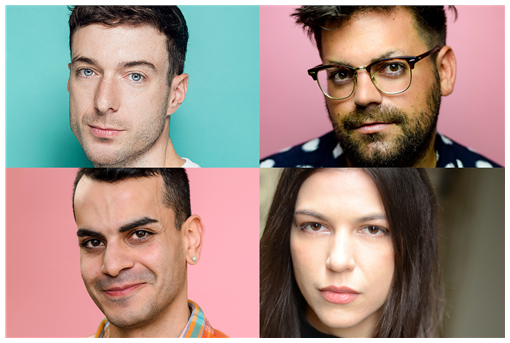 Laura Alcalá Baker (Director, The Secretaries: A Parable, she/her/hers) is a Chicago-based director and casting director. She served as the Casting Director/Artistic Programs Manager at Victory Gardens Theater from 2016-2019 leading programs such as The Access Project and Directors’ Inclusion Initiative. Most recently, Laura directed the world premiere of Isaac Gomez’s The Leopard Play, or sad songs for lost boys (Steep Theatre) and The Way She Spoke: A Docu-mythologia (DCASE, Greenhouse Theater Center). She also directed the audio drama BRAVA by Nancy Garcia Loza (Make-Believe Association) which is available on all podcast platforms. Other select works include: The Pillowman (The Gift Theatre), Equivocation, The Giver, 11:11 and Collapse (B Street Theater), There is No Message in the Message, Shamed (The Gift Theatre’s TEN), Project Potential (Broken Nose Theatre’s Bechdel Fest), and Jets, Sharks, and Beckys (Collaboraction's Peacebook Festival). Laura has continually sought out creative means for accessibility in the theatre through directing programs such as Chicago Cultural Accessibility Consortium’s Access Live, which provides theatre leaders a live example of growing practices integrated with accessibility in mind. She has led new play workshops and readings in institutions such as The New Colony, Paramount Theatre, and The Goodman. Laura is a proud member of the Alliance of Latinx Theatre Artists and was nominated for 'Best Casting Director' at the 2018 ALTA Awards and “Best Director – Brava” at the 2019 ALTA Awards. She was also Jeff Award Nominated for "Best Director" for her work on The Leopard Play, or sad songs for lost boys.

Hutch Pimentel (Director, Botticelli in the Fire, they/he) is a Chicago-based director. They are the Artistic Director of First Floor Theater where they directed Polaroid Stories, Edith Can Shoot Things & Hit Them, Animals Commit Suicide, peerless, Two Mile Hollow, Refrigerator, Mike Pence Sex Dream and The Juniors and produced dozens of other shows. They were named one of Newcity Magazine’s “50 Players” in 2019. During their time in Chicago, they’ve had the pleasure of working at About Face Theatre, American Theater Company, Chicago Dramatists, Redmoon, The Gift Theatre, The Goodman and Victory Gardens Theater. They’ve worked outside of Chicago on Broadway and at Center Theater Group, Ensemble Studio Theater, Oregon Shakespeare Festival and The Vineyard Theatre. They are a graduate of Kalamazoo College. More at hutchpimentel.com.

Omer Abbas Salem (Playwright, The Secretaries: A Parable, he/they) is a Chicago actor and playwright. As an actor, he's worked with The New Coordinates, Jackalope Theatre, Steep Theatre, Silk Road Rising, Griffin Theatre, The House, Bailiwick Chicago, Actors Theatre of Louisville and The Atlantic Theater. His play Mosque4Mosque was developed through the National Queer Theater and then chosen for further development through Steppenwolf Theatre's SCOUT Program. The Secretaries was workshopped through The New Coordinates, a semi-finalist in Definition Theatre's Amplify Commission and developed through the Goodman Theatre's Future Labs. Pretty Shahid was commissioned as part of Jackalope Theatre's 2020-21 New Frontier Series and Love in the Time of Jonestown was produced as a radio play by The New Coordinates. He is the recipient of the 2021 Cunningham Commission through DePaul University. He was an apprentice of the Actors Theatre of Louisville (17/18) and a proud ensemble member with Steep Theatre, First Floor Theater and The New Coordinates. He is represented by DDO Artist Agency and The Gersh Agency. More at www.omerabbassalem.com.

Jordan Tannahill (Playwright, Botticelli in the Fire, he/him) is a Canadian writer and director. He has been described as being ‘widely celebrated as one of Canada’s most accomplished young playwrights, filmmakers and all-around multidisciplinary artists’ (Toronto Star), and ‘the enfant terrible of Canadian theatre’ (Libération). His plays have been translated into ten languages and widely honored in Canada and abroad. He has twice received a Governor General's Literary Award – in 2014 for Age of Minority: Three Solo Plays, and in 2018 for his plays Botticelli in the Fire and Sunday in Sodom. His plays, performance texts and productions have been presented at venues including The Young Vic Theatre (London), Sadler's Wells (London), The Kitchen (NYC), Festival d'Avignon (Avignon), The Lincoln Centre (NYC), The Deutsches Theater (Berlin), The Volkstheater (Vienna), The National Arts Centre of Canada (Ottawa), Woolly Mammoth Theatre (Washington, D.C.) and on London's West End. He is the author of Theatre of the Unimpressed, a book of essays on theatre. His debut novel Liminal, a work of autofiction, was named one of the best Canadian novels of 2018 by CBC Books and won France’s 2021 Prix des Jeunes Libraires. His second novel, The Listeners, has just been published by HarperCollins. His virtual reality performance Draw Me Close, produced by the National Theatre (UK) and the National Film Board of Canada, was presented at the Tribeca Film Festival and Venice Biennale in 2017, and ran at London's Young Vic Theatre in January 2019. Jordan has also worked in dance, choreographing and performing with Christopher House in Marienbad for the Toronto Dance Theatre, and writing the text for Akram Khan's dance pieces Xenos and Outwitting the Devil, both currently touring internationally. From 2012 – 2016, in collaboration with William Ellis, Jordan ran the alternative art space Videofag out of their home in Toronto’s Kensington Market neighbourhood. Over the four years of its operation, Videofag became an influential hub for queer and avant-garde work in Canada.