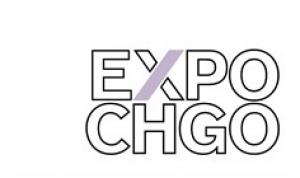 EXPO CHICAGO today announced the dates for its next in-person 9th edition at Navy Pier for April 7 – 10, 2022. Moving forward, the exposition will be presented annually in April, announcing future dates April 13 – 16, 2023 and April 11 – 14, 2024 as dates for the 10th and 11th editions at Navy Pier. EXPO CHICAGO will continue to develop and present year-round programming initiatives leading up to its ninth edition, to be announced.

“We feel strongly that focusing on presenting the next edition of EXPO CHICAGO in April of 2022 respects both the current global recovery process and provides sufficient time for galleries, curators, and collectors to fully ramp back up for in-person presentations in their galleries and at fairs," said Tony Karman, President | Director. "I'd like to express my deepest appreciation for the sound advice and continued support we've received from our Selection Committee, key institutional stakeholders, leading galleries, Navy Pier and Chicago’s civic leaders. I am confident that our new dates will enable us to welcome friends and exhibitors from around the world back to Chicago."

“A treasured annual tradition at Navy Pier for nearly a decade, EXPO CHICAGO is one of our most highly anticipated events each year, and we are thrilled to officially welcome it back to Chicago’s lakefront in 2022 and beyond,” said Navy Pier President and CEO Marilynn Gardner. “The exposition’s return next spring will surely signal a renewed sense of hope and optimism as we make strides toward a full recovery from the pandemic and once again host guests from around the globe for this important and unique art experience.”

EXPO CHICAGO, The International Exposition of Contemporary & Modern Art features leading international galleries alongside a leading platform for contemporary art and cultural programming. Hosted within historic Navy Pier’s Festival Hall, EXPO CHICAGO presents a diverse and inventive program, including /Dialogues (presented in partnership with the School of the Art Institute of Chicago) and Exchange by Northern Trust, an unrivaled talks program for both public and VIP audiences; IN/SITU, dynamic on-site installations highlighting large-scale sculpture, film, and site-specific work; and major public art initiatives, including IN/SITU Outside, public art installed throughout Chicago Park District locations, and OVERRIDE | A Billboard Project, a curated selection of international artists throughout the city’s digital billboard network. The EXPO CHICAGO program also features an unprecedented commitment to host curatorial initiatives during the exposition, including the Curatorial Forum in partnership with Independent Curators International (ICI), and the Curatorial Exchange, which partners with foreign agencies and consulates to expand the exposition’s global reach. EXPO CHICAGO is the publisher of THE SEEN, Chicago’s only international journal of contemporary and modern art criticism, distributed throughout the United States and Europe.

EXPO CHICAGO is presented by Art Expositions, LLC. Under the leadership of President and Director Tony Karman, EXPO CHICAGO draws upon the city’s rich history as a vibrant international cultural destination, while highlighting the region’s contemporary arts community and inspiring its collector base. For more information on EXPO CHICAGO visit www.expochicago.com.