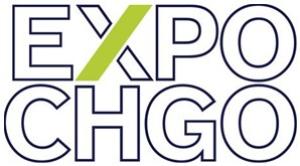 EXPO CHICAGO, the international exposition of contemporary and modern art, today announced expanded curatorial initiatives for the 10th anniversary edition (April 13-16, 2023) returning to Navy Pier’s Festival Hall. In partnership with Independent Curators International (ICI), EXPO CHICAGO will host its ninth annual Curatorial Forum — eighth co-organized with ICI — which will gather more than 40 curators from across the country to discuss pressing issues of accessibility, community engagement, labor conditions, and new ways of working with artists, featuring both public and closed-door sessions taking place throughout the week. The annual convening will also feature a keynote by Victoria Noorthoorn, Director of Museo Moderno, Buenos Aires. The Curatorial Forum presents an unrivaled environment for professional development, exchange, and collaborations throughout the art and museum ecosystems. The U.S.-based forum participants are joined by more than 25 international curators who participate annually in EXPO CHICAGO's Curatorial Exchange, which partners with cultural and governmental organizations to fund curators from around the world to participate in the program.

“We are deeply proud that EXPO CHICAGO has established this long legacy of service to regional, national, and international curators--a continued investment in our cultural landscape that ultimately supports our participating exhibitors, the exposition, and the region,” said Tony Karman, EXPO CHICAGO President | Director. “Our annual commitment to convene independent and institutional curators alongside our critically acclaimed programming is paramount to our success and could not be possible without our strong partnership with Independent Curators International (ICI),” he added. “Together we shape a full week of activities, tours, and closed-door sessions designed for visiting curators to share their best practices, engage in professional development, interact with artwork presented at the exposition, and experience all that Chicago’s institutions, artists, galleries and collectors contribute to the international arts community.”

“Over the last decade, EXPO CHICAGO and Independent Curators International (ICI) have collaborated to create an unmatched program for curatorial exchange and networking, producing the Curatorial Forum to collectively address timely questions related to programming, institution-building, and audience engagement,” said Renaud Proch, Executive and Artistic Director, ICI. “The Forum has fostered strong national and regional networks for curatorial and institutional collaboration, and its impact on the American cultural landscape is undeniable. With the Curatorial Forum anchoring ICI's expanding engagement with art communities in Chicago and the Midwest, ICI furthers its mission to support curators and promote experimentation, collaboration and international engagement in the curatorial field."

The Curatorial Forum is an annual program that offers mid-career and established curators working with an institutional affiliation or independently the opportunity to engage with their peers and explore significant issues in the field. The program, which has welcomed over 280 curators from more than 30 states since its founding, continues to grow annually. The 2023 edition will see the addition of the Chicago Assembly, a cohort of Chicago-based curators who will convene both prior to and following EXPO CHICAGO in April, to further explore the ideas exchanged throughout the program as well as to identify themes and strategies generated at the Forum that hold special significance for the Chicago community. Participants in the 2023 Chicago Assembly include: Sheridan Tucker Anderson (Arts + Public Life at the University of Chicago), Antawan I. Byrd (Northwestern University), Yi Cao (Art Institute of Chicago), Jadine Collingwood (MCA Chicago), Nolan Jimbo (MCA Chicago), Stephanie Koch (The Luminary), Adia Sykes (ThreeWalls), Asha Iman Veal (Museum of Contemporary Photography), and Leslie Wilson (Art Institute of Chicago).

Since ICI's partnership with EXPO CHICAGO on the Curatorial Forum began in 2016, ICI's dedication to serving the region's curatorial voices has continued to expand. In 2022, ICI opened an office in Chicago, led by Midwest Programs Manager Scott Vincent Campbell, an expansion that represents a powerful new point of year-round engagement between ICI, EXPO CHICAGO, and ICI's curators in the Midwest.

"We are thrilled to build on the foundation that we have created here with the Curatorial Forum, and to work with our partners to further support, advance, and promote the amazing curatorial practices coming out of Chicago and the larger Midwest region,” said Scott Vincent Campbell, ICI's Midwest Programs Manager.

“It's our conviction that it actually takes a lot of community for one to be independent, and that's what we are here to help foster. Responding to feelings of isolation that we heard from curators across the region, our expanded programs aim to open channels of communication across which curators, both established and emerging, can share experiences, knowledge, and resources."

Participants in the 2023 Curatorial Forum to date include

“The Curatorial Forum provides a safe and generative space to openly discuss timely issues, compare methodologies, and share key concerns that affect the field at large, with colleagues from a wide range of organizations and institutions. I’ve found the closed door sessions to be extremely valuable to my professional development, and the open portions of the convening to be a wonderful addition to my EXPO CHICAGO experience.” Allison M. Glenn, Senior Curator, New York’s Public Art Fund

"The Curatorial Forum has been a touchstone throughout my career. Over the past ten years, the Forum has helped map new forms of connection and reciprocity between curators across different geographic regions of the country, and offered crucial support to curators such as myself working outside of major art centers like New York and Los Angeles. The relationships I have developed through the Forum have critically shaped my own work, and also helped bring the artists and communities I've worked with first in New Orleans and now in Detroit onto a more national stage." Katie Pfohl, Associate Curator of Contemporary Art, Detroit Institute of Arts

EXPO CHICAGO's international Curatorial Exchange is one of the nation’s only dedicated initiatives focused on funding global curator convenings that foster future collaborations for curators on the local, national, and international level. The program has supported over 120 international curators since inception, bringing a wealth of cross-cultural dialogue to EXPO CHICAGO each year. The fourth annual exchange is developed in partnership with foreign consulates and cultural agencies from countries around the world, offering select mid-career and established curators the opportunity to engage closely with their peers, convening as part of a four-day program that includes access to the Curatorial Forum, exhibitions, top private collections, artist studios, museums, and institutions during EXPO CHICAGO.

Cultural and governmental organization partners for the Curatorial Exchange include:

In 2023, EXPO CHICAGO and ICI will present the inaugural Barbara Nessim Acquisition Prize and the Barbara Nessim Curatorial Travel Award, both of which are fully funded by Barbara Nessim, an artist and philanthropist known for her legacy of supporting women in the arts, and will be administered through ICI. The acquisition prize will be dedicated to the purchase of an artwork created by a woman artist valued up to $10,000 on view at EXPO CHICAGO that will be donated to the DePaul Art Museum. The prize will be awarded annually through at least 2025, and for 2023 will be selected by a committee composed of Barbara Nessim, Mary Dinaburg, and DePaul Art Museum Director, Laura-Caroline de Lara. The curatorial travel award is an annual travel grant of $3,000 which will be awarded each year to support the curatorial practice of one woman curator attending the Curatorial Forum. The selection will be made by a committee composed of ICI Director Renaud Proch, Barbara Nessim, and Mary Dinaburg.

“My 60-year artistic career included a multi-discipline practice involving two spheres, my fine art informing my illustration,” said Barbara Nessim. “In the early 60's I didn’t realize I was one of few women in both disciplines. Fast forward to now—although the artworld has become more inclusive of women, there is still room for progress. It is my intention that these awards encourage and support brilliant women artists and curators to further their work and pursue their dreams.”

The 2023 Curatorial Forum is made possible, in part, by the generous support of presenting sponsors 21c Museum Hotel Chicago and the Joyce Foundation; with additional support by UAP | Urban Art Projects; Terry Dowd, Inc, and Gallagher.

Independent Curators International (ICI) supports the work of curators to help create stronger art communities through experimentation, collaboration, and international engagement. Curators are arts community leaders and organizers who champion artistic practice; build essential infrastructures and institutions; and generate public engagement with art. Our collaborative programs connect curators across generations, and across social, political and cultural borders. They form an international framework for sharing knowledge and resources—promoting cultural exchange, access to art, and public awareness for the curator’s role.

EXPO CHICAGO, the international exposition of contemporary and modern art, features leading international galleries alongside a leading platform for contemporary art and cultural programming. The 10th anniversary edition of EXPO CHICAGO will take place within Navy Pier’s historic Festival Hall April 13 - 16, 2023. EXPO CHICAGO presents a diverse and inventive program, including /Dialogues(presented in partnership with the School of the Art Institute of Chicago) and Exchange by Northern Trust: An Interactive Conversation Around the Art of Collecting, unrivaled programs for both public and VIP audiences; IN/SITU, dynamic on-site installations highlighting large-scale sculpture, film, and site-specific work; and major public art initiatives, including IN/SITU Outside, with works installed throughout Chicago Park District locations, and OVERRIDE | A Billboard Project, a curated selection of work by international artists displayed throughout the city’s digital billboard network. The EXPO CHICAGO program also features an unprecedented commitment to host curatorial initiatives during the exposition, including the Curatorial Forum in partnership with Independent Curators International (ICI), and the Curatorial Exchange, which partners with foreign agencies and consulates to expand the exposition’s global reach; and the Directors Summit, which brings together emerging art museum leaders for a three-day program addressing the shifting dynamics of museum leadership today. EXPO CHICAGO is presented by Art Expositions, LLC. Under the leadership of President and Director Tony Karman, EXPO CHICAGO draws upon the city’s rich history as a vibrant international cultural destination, while highlighting the region’s contemporary arts community and inspiring its collector base. For more information on EXPO CHICAGO visit expochicago.com.