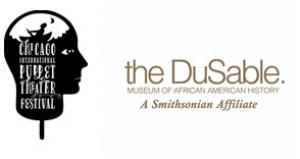 The DuSable Museum of African American History is partnering with the 4th Chicago International Puppet Theater Festival to present a remarkable production of The Bluest Eye, based on Toni Morrison’s 1970 groundbreaking coming-of-age novel, Friday through Sunday, January 28-30, 2022.

﻿In this version of The Bluest Eye, an unforgettable synthesis of puppets, puppeteers and actors brings one of Nobel Laureate Toni Morrison’s most influential works into a contemporary context. This unique adaptation, making its Chicago debut, is co-created and directed by Margaret Laurena Kemp and Janni Younge, based on the adaptation by acclaimed playwright Lydia Diamond.﻿ 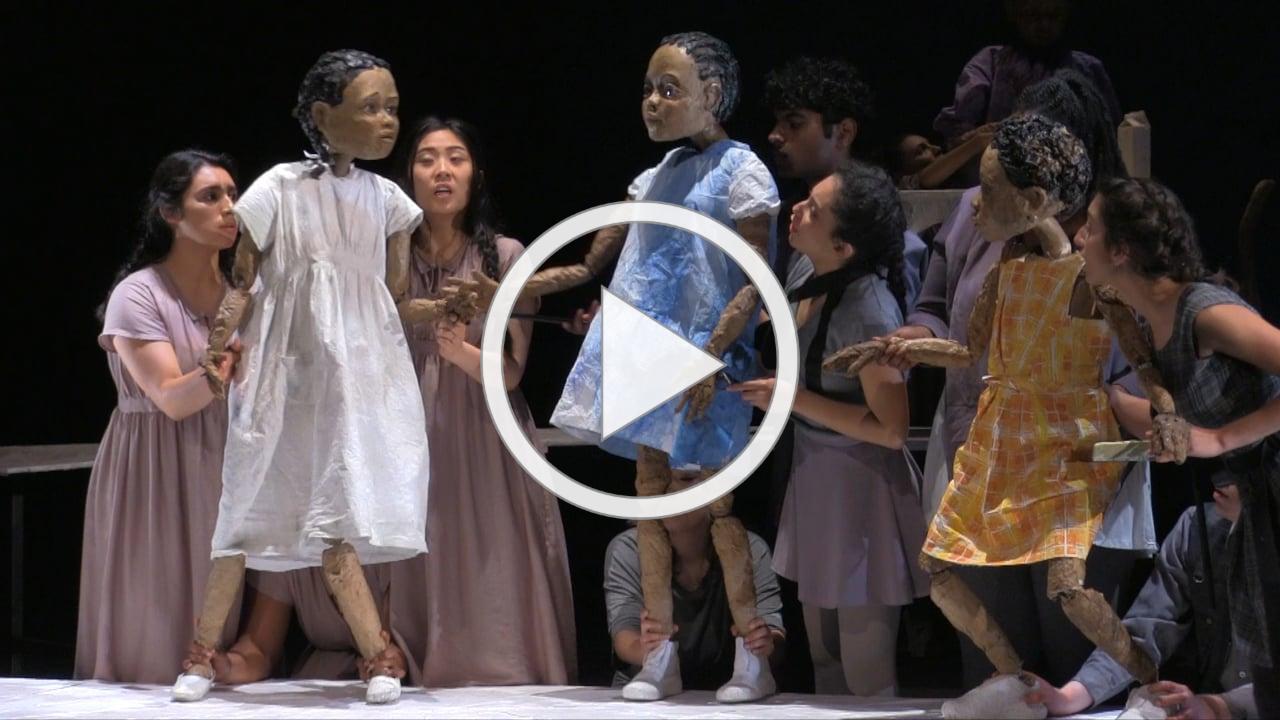 Screen the trailer for The Bluest Eye

The Bluest Eye tells the indelible story of Pecola Breedlove, a young black girl caught in tragic circumstances. Her best friend narrates Pecola’s search for the source of responsibility and for an understanding of her own part in the story. The play examines how identity is shaped, while celebrated South African artist Janni Younge’s puppetry highlights the formation and fragility of self, literally building the self as it is held and supported (or not) by a community at large.

The DuSable Museum of African American History is located at 740 E. 56th Place in Hyde Park. Show times are Friday and Saturday, January 28 and 29 at 7:30 p.m., and Sunday, January 30 at 3 p.m. The Sunday matinee will be followed by post-show talk back with the artists.

Tickets are $30, $20 students and are on sale now at chicagopuppetfest.org. The Bluest Eye runs two hours. It is recommended for ages 16 and up.

Note: Covid-19 safety precautions will be in effect per city and state mandates, including proof of vaccination (with i.d.), and mandatory mask-wearing throughout the performance. For the DuSable Museum’s full Covid safety policy, along with tips for directions and parking, visit dusablemuseum.org/visitor.

“The DuSable Museum is proud to partner with the Chicago International Puppet Theater Festival to present this Toni Morrison classic through the unique art of puppetry,” said Perri Irmer, President and CEO of the DuSable. “Morrison wrote The Bluest Eye, her first novel, in 1970, to remind people of how especially damaging racism is to a child’s self-esteem, with the main character, Pecola, wishing for blue eyes to escape oppression and feelings of ‘ugliness’ that racism engenders. This is an important and timely event given today’s socio-political climate and dialogue around race.”

“The Chicago International Puppet Theater Festival is thrilled to welcome The DuSable Museum as a first-time presenting partner this year,” said festival co-founder and artistic director Blair Thomas. “With its mix of live actors interacting with and manipulating life-size puppets, this staging of The Bluest Eye promises to astonish and delight, while telling an important story about coming of age that remains timeless.”

This presentation of The Bluest Eye by the Chicago International Puppet Theater Festival and The DuSable Museum of African American History is made possible in part thanks to generous support from the Paul M. Angell Foundation, Cheryl Lynn Bruce and Kerry James Marshall, and Kristy and Brandon Moran.

About The DuSable Museum of African American History

The Bluest Eye is one of more than 20 national and local shows and events being staged at venues around the city as part of the 4th Chicago International Puppet Theater Festival, January 20-30, 2022.

In only its fourth outing, the Chicago Puppet Festival is already the largest of its kind in the country. With its return to live performances in 2022, the festival will present over 100 shows and events at venues, in neighborhoods and with community collaborators all around Chicago. From bunraku, to shadow, to crankie scroll, pageant-style puppets and more, this can’t-miss pageant of contemporary and traditional puppet artists will take over the city for ten amazing days and nights of inspiration and invention.

Margaret Laurena Kemp is an actor, multidisciplinary performing artist, writer and teaching artist, and Associate Professor of Theatre and Dance at UC Davis. Her 2018 production of The Bluest Eye with Janni Younge, performed by UC Davis students, was hailed “a revelation.” She trained at George Washington University at The Shakespeare Theatre and has a B.S. in Interdepartmental Studies from the School of Speech at Northwestern University. She has performed at Arena Stage, Mark Taper Forum, Yale Repertory, South Coast Repertory, La Mama Theatre (Melbourne), Theatre of Changes (Athens), Red Pear Theatre (Antibes) and The Magnet Theatre (Cape Town). She won worldwide praise for her starring role in Children of God. Her visual work has been shown in solo and group shows in Los Angeles, Nassau and Detroit. mlkemp.space

Janni Younge is a director and producer of multimedia, theatrical and visual performance works, with an emphasis on puppetry arts. She was the Grenada Artist in Residence, UC Davis in 2018, where she collaborated with Kemp on The Bluest Eye. Her work has been performed in North and South America, Africa, Europe, India and the East. Awards include the Standard Bank Young Artist Award for Theatre, several Fleur du Cap awards for puppet design and the Nagroda award for direction. A director of Handspring Puppet Company for four years, she currently runs Janni Younge Productions and directs UNIMA SA (SA Puppetry). Her works include creation and direction of Ouroboros, The Firebird and Take Flight. With Handspring, she directed revivals of Woyzeck on the Highveld and Ubu and the Truth Commission and, with Handspring, worked on War Horse and on the Bristol Old Vic’s Midsummer Night’s Dream. She created and directed puppetry for the Royal Shakespeare Company’s Tempest. She is a graduate of the French national school of puppet theater and has a B.A. in Fine Art and an M.A. in Theatre. janniyounge.com

Click here for the updated 2022 Chicago International Puppet Theater Festival backgrounder with complete details about all shows and events.