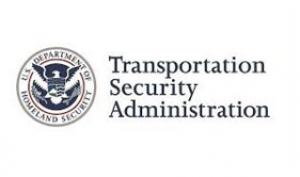 A 27-year-old California man who caused a disturbance earlier in July during a passenger flight from Los Angeles to Miami made his first appearance in federal court July 14th on a charge of interfering with flight crew members and attendants.

According to the criminal complaint affidavit, passenger Anthony Kevin Trujillo’s conduct became increasingly disturbing during the flight on July 7.  After announcing that he heard a gas leak, Trujillo accused a fellow passenger of storing bomb parts in her socks.  Trujillo then accused a flight attendant of carrying improvised explosive device components in his bag and tried to wrestle the bag away from him, says the affidavit.

Two air marshals who were on the flight approached Trujillo and the attendant. After ensuring that there were no explosive device components in the flight attendant’s bag, the air marshals attempted to calm the agitated Trujillo. Despite this, Trujillo got up from his seat and charged down the passenger aisle, towards the front of the airplane, it is alleged. The air marshals stopped Trujillo and, after some resistance from him, eventually secured Trujillo in an area away from other passengers. Air marshals and a flight attendant guarded Trujillo for the rest of the flight.  For about the last hour of the flight, pursuant to the captain’s instructions, all passengers had to keep their hands raised above their heads.  Law enforcement boarded the plane once it landed at Miami International Airport.

Trujillo was scheduled for a pretrial detention hearing on Friday, July 16, at 10:00 a.m., in Miami federal magistrate court. If convicted, he faces up to 20 years in federal prison.

The Transportation Security Administration was created to strengthen the security of the nation's transportation systems and ensure the freedom of movement for people and commerce. TSA uses a risk-based strategy and works closely with transportation, law enforcement and intelligence communities to set the standard for excellence in transportation security.