According to www.stageagent.com, cast size for “Dames at Sea” is flexible, with as few as six actors or with a full chorus.  Director/Choreographer Linda Fortunato has wisely chosen the six actor option, which is best suited to the TATC stage.

When Ruby (Kelly Felthous – through May 19th, Ashley Lanyon May 22nd- June 2nd) gets off the bus in New York, she so excited she forgets her suitcase.  A handsome sailor named Dick (Todd Aufwurm) followed her to all the way to Broadway just to return the suitcase. 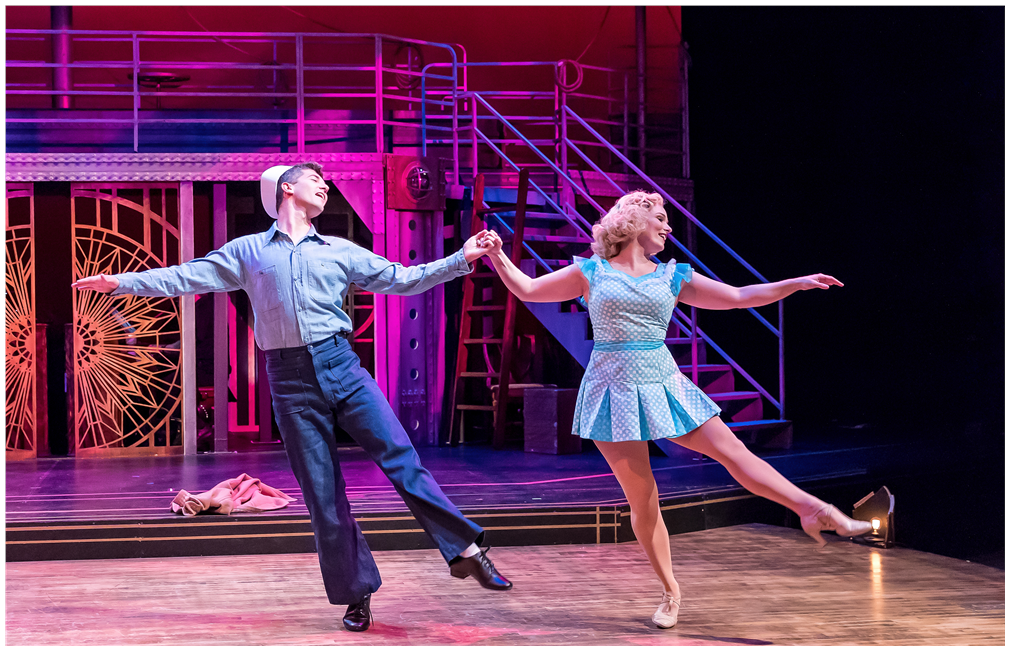 A Broadway show is in rehearsals in a dilapidated Broadway theater, but leading lady, Mona Kent (Colette Todd), really doesn’t like it.  Although Hennesey (Steven Stratford), the Producer, is pretty sure this show will flop (he has a string of 13 flops, after all), he’s trying to appease Mona – and stop the wrecking ball that’s threatening the theater.

Ruby walks into the theater and announces she’s ready to be in a Broadway show.  Although Hennesey sends her packing, Joan (Sierra Schnack), a dancer in the chorus, befriends her.  When Dick walks into the theater with the suitcase, Ruby is relieved, since it contains everything she packed – a pair of dance shoes.  Joan tells Hennesey to give her a job since they’d just lost a dancer, so he tells her to dance – and hires her. 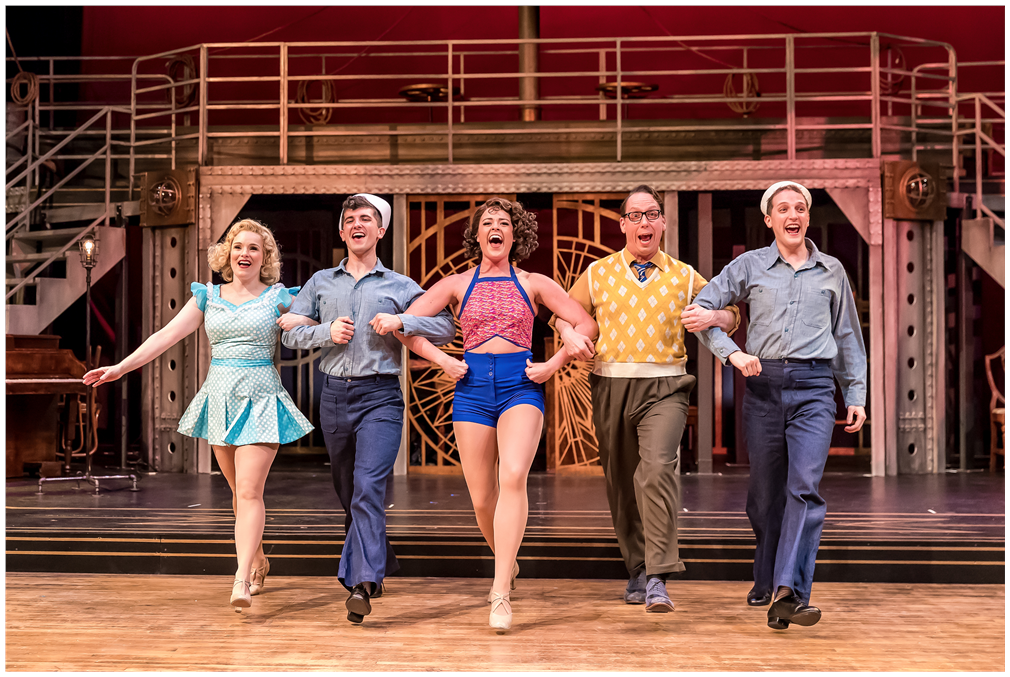 When Ruby and Dick discover they’re from the same town, he proposes.  Then he sings a song he says he wrote for her.   When Ruby hears the song, she demands that Dick be hired to write more for her.  Meanwhile, another sailor, Lucky (Sam Shankman) comes looking for Dick, and falls for Joan. 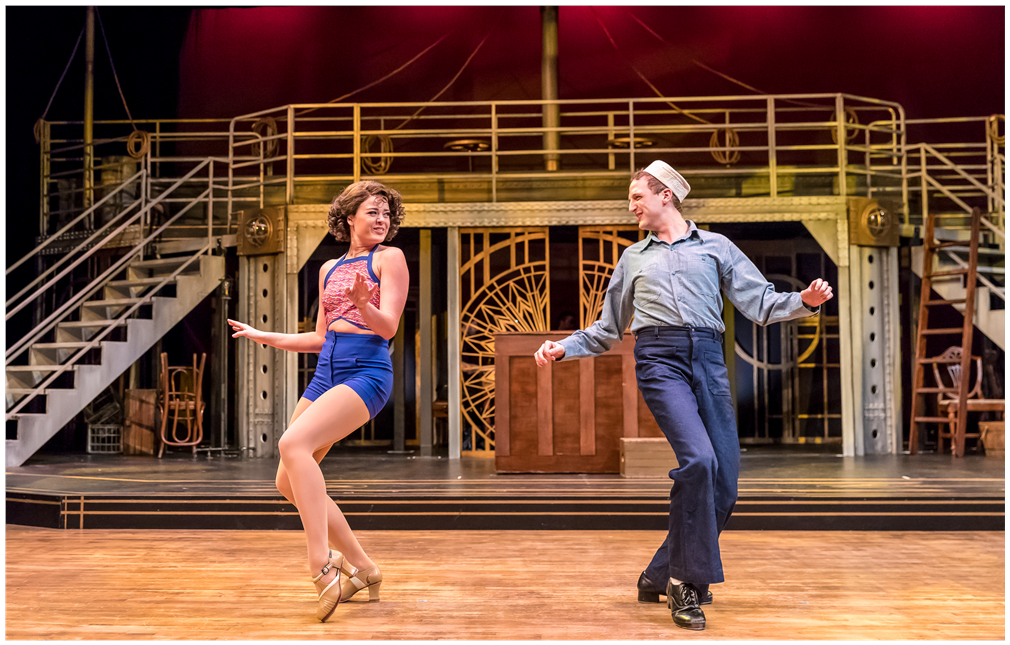 It’s actually opening night, the show is ready to open, but the wrecking ball hits the theater, so what are they to do?  Since the show is called “Dames at Sea”, Dick and Lucky offer the deck of their battleship as a stage, provided The Captain (Steven Strafford) agreed.

Turns out that Mona knows The Captain.  As they dance a ‘seductive’ tango-ish, her hat pokes him in the eye more than once.  Soon, she gets seasick and can’t perform, so Ruby becomes a star! 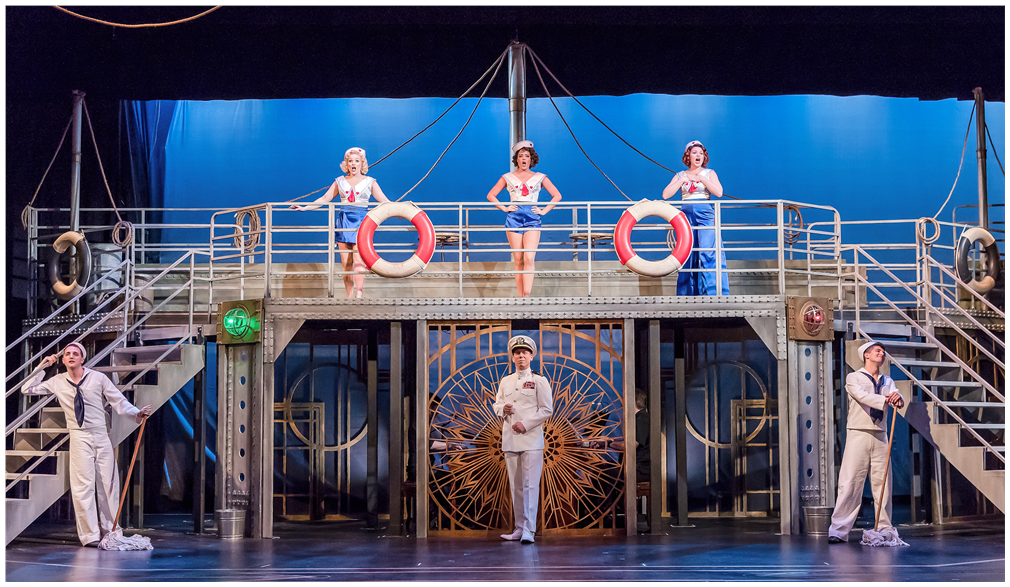 If it sounds familiar, remember it’s a mash-up.  “Dames at Sea” is sheer fun for the whole family.