Pazdernik’s resume includes leadership and artistic roles with many Chicago companies. He will be leaving a staff position with Porchlight Music Theatre, where he has been Producing Associate and Company Manager as well as a frequent director for PORCHLIGHT REVISITS, Porchlight Music Theatre's lost musicals series.  He has been an Advancement Associate at Chicago Shakespeare Theatre and a freelance Casting Director and Associate Producer. He is a Jeff Award winner for his direction of Refuge Theatre Project’s HIGH FIDELITY, which was additionally honored as Best Musical Production in the 2017 Jeff Awards. He served as Refuge’s Artistic Director for three seasons. 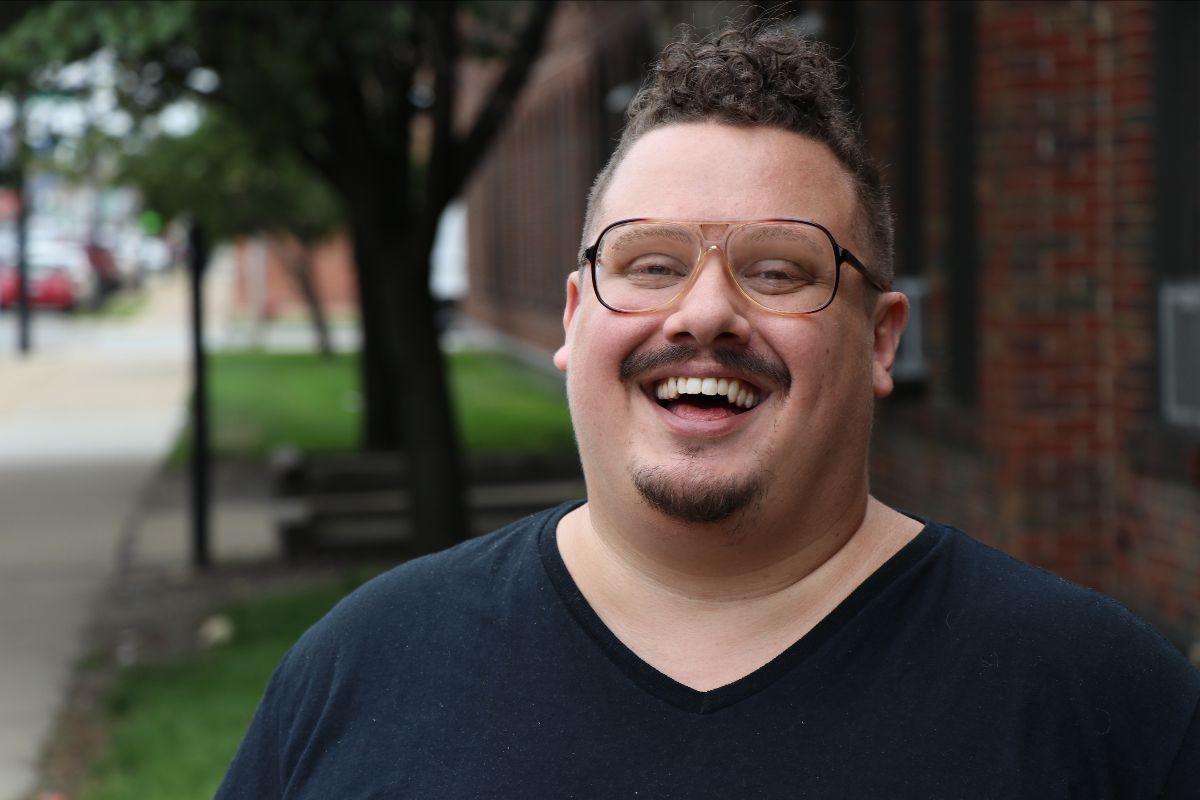 Pazdernik has independently produced, curated, and directed two editions of BROADWAY'S CULT CLASSICS at Davenport's Piano Bar; and has curated and directed four editions of HIS & HIS for Pride Films & Plays, and six editions of NEW FACES SING BROADWAY for Porchlight. An openly HIV+ artist, Christopher's work in the community includes collaborations with the AIDS Foundation of Chicago, Howard Brown Health and Season of Concern.

Board member Thom Syzmanski, who served on the search committee, says, “Chris struck us as being a great candidate for several reasons. He has a strong sense of theatre operations both from an artistic and administrative lens. He understands how both play an important role in a successful company, and has experience juggling the many duties and hats needed to be successful in the Managing Director role. Chris’ experience in development with other professional theatre companies will be an asset, as will his familiarity with the type of work Theo does and with its audience.”

Board member Megan Elk, who also served on the search committee, adds, “Chris also brings a passion for casting direction, which will no doubt lead the company into a new era of increased equity and inclusivity.  It is precisely this dedication to uplifting and representing the entirety of our community that makes him such a welcome and invaluable addition to the Theo Ubique family."

Theo Ubique Founding Artistic Director Fred Anzevino says, “I have watched Chris’s career as a producer, artist and activist blossom over the years. His ability to bring together a diverse group of artists and community members to raise money and awareness for HIV/AIDS causes is impressive. Through his annual “Belting for Life” show and his AIDS Run/Walk team, he has raised thousands of dollars and built awareness for Howard Brown Health Center and for the AIDS Foundation of Chicago. We look forward to the new fresh energy he will bring to the company.”

Pazdernik says “After starting my career in town by stage managing Theo's production of MAN OF LA MANCHA back in 2009, I am thrilled to come full circle and take on a leadership role with this very special Chicago institution. I look forward to growing the resources we need to support and sustain the work onstage, deepening our ties to the surrounding communities, both in Evanston and Chicago, and expanding our family of collaborators. Coming out of the pandemic, it's a fresh start and a new challenge for me, and I couldn't be more excited!"

Pazdernik will begin his duties with Theo Ubique on Monday, July 19. The company is currently completing plans for a four-show season, beginning in late September, and running through summer 2022.  Details on the new season’s programming will be announced soon.

Theo Ubique was founded in 1997 by Artistic Director Fred Anzevino. Productions were first staged at the Heartland Studio Theatre, and from 2004 to May 2018, at No Exit Café, where the company began focusing on musicals and revues, reigniting the cabaret theatre trend in Chicago. The company moved to the Howard Street Theatre, a venue owned and developed for Theo Ubique by the City of Evanston, in fall of 2018. Theo Ubique has produced more than 60 shows and won more than 60 Jeff Awards, having received over 150 nominations. The company also earned three After Dark Awards.