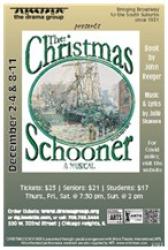 **** Recommended **** The Drama Group chose Chicago’s own bittersweet musical, The Christmas Schooner as its holiday production.  This is the story of the first ship to brave Lake Michigan’s frigid waters and November gales to bring Christmas trees to the German immigrants living in Chicago, a tradition maintained by the U.S. Coast Guard today.  This is a must-see show, don’t miss it!  4 Spotlights

The Christmas Schooner was written by Jon Reeger and the late Julie Shannon.  The Drama Group production is directed by Mary Lee Hoganson, assisted by Barbara Whitney. 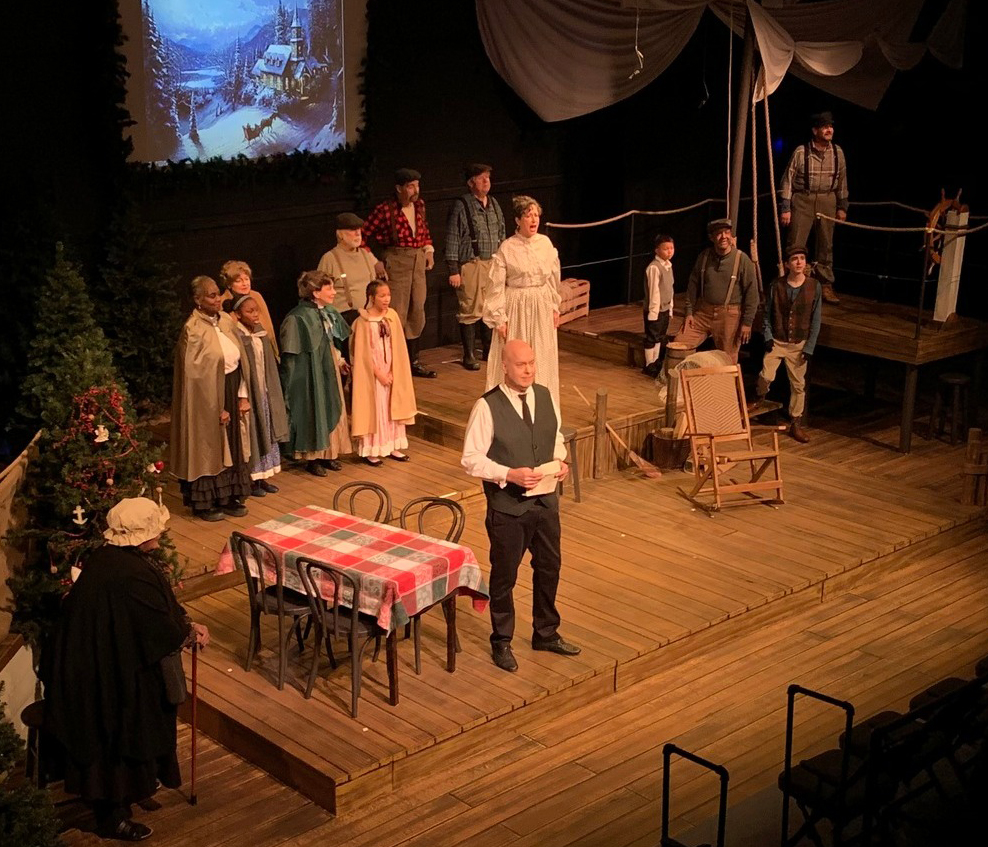 One year at Christmas time, he received a letter from his cousin Martha (Jennifer T. Grubb) telling him of her yearning for a Christmas tree which is so much a part of their German tradition.  Since he owned land covered with fir trees which need to be thinned out, he thought he could harvest them and sell them in Chicago. 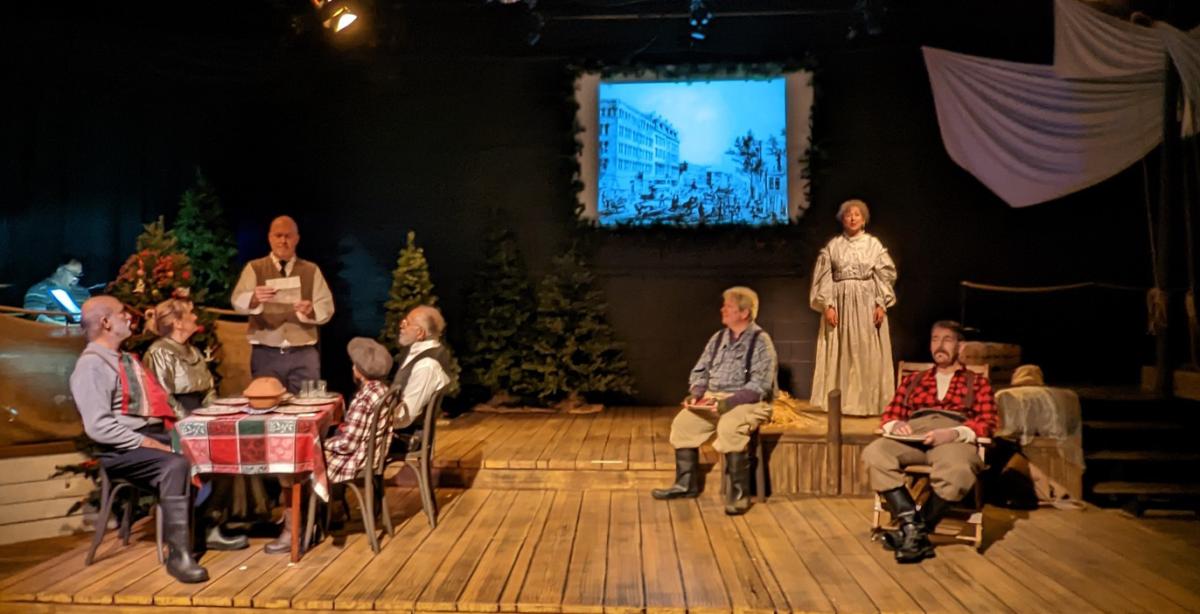 The following November, over Alma’s protests, the Captain, his father Gustav and a small crew – Rudy (Mike Cabsinger), Oskar (Michael McDonnell), Steve (Bob Szezepanski) and a few others – sailed down the lake toward Chicago with a load of trees, not knowing if they’d sell any of them.  They were shocked to see a Welcome banner and a huge crowd waiting for them at the Clark Street dock.  The trees were sold in just one day.

Captain Stossel continued bringing Christmas trees to Chicago for several years, his son Karl (Julian Solis) joining the crew when he was 15.  Unfortunately, that voyage ended when the schooner ran into a mammoth winter storm and the ship sank.  The Christmas trees, however, washed on shore. 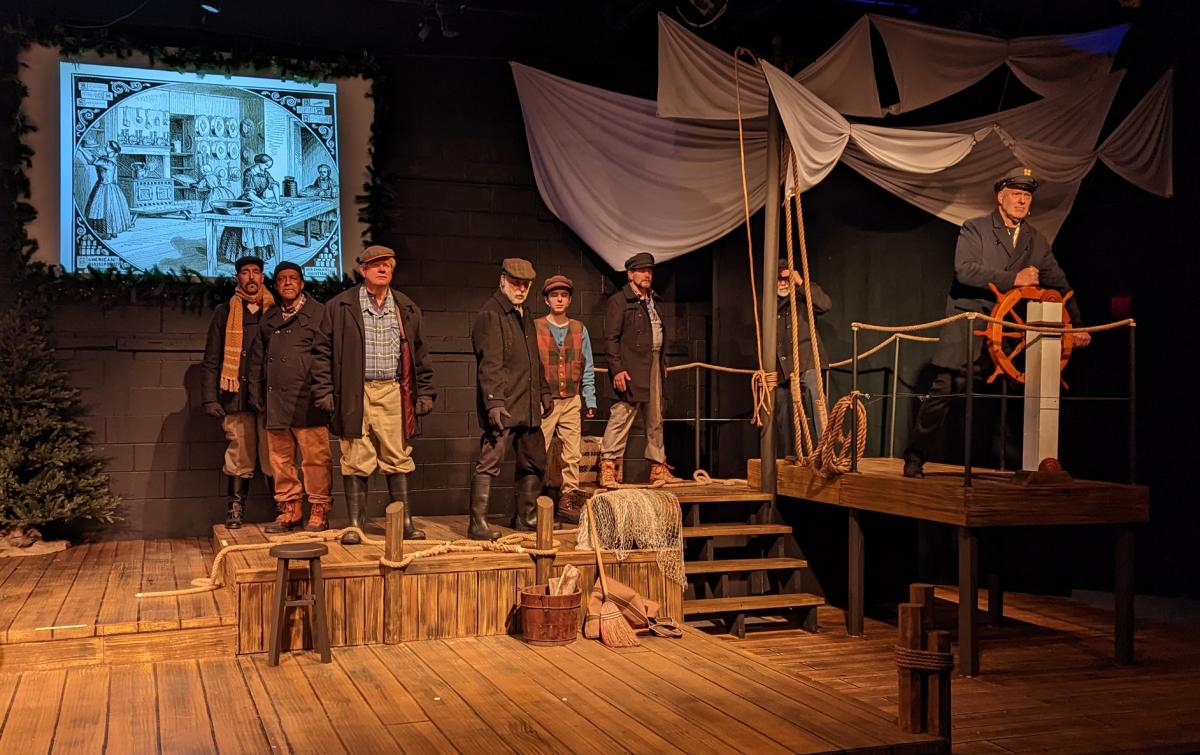 Alma Stossel was faced with a terrible dilemma – get on a train and go home or load the trees on another ship and take them to Chicago.  At the urging of her son, she not only allowed them to load the trees, she sailed to Chicago with them.

All of the leads are strong, but this is a tour de force performance for Maria Barwegen.  I was particularly moved by the emotion in her voice as she grieved in a song called Questions.  Unfortunately, I found it difficult to hear the Storytellers because the background music was a little too loud. 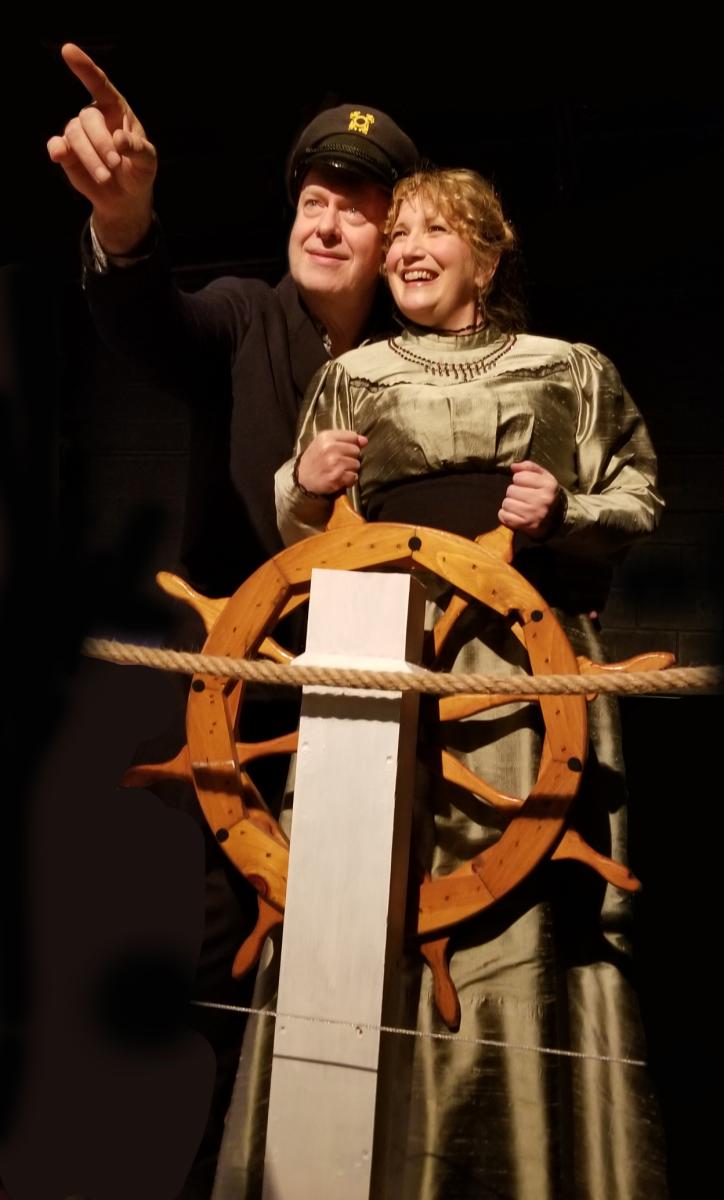 There is a lovely tradition at the Stossel’s Christmas dinner.  Alma passes a branch of fir to her family and friends at the table, while singing a song called The Blessings of the Branch.  At the end of each performance, that touching tradition is actually shared with the audience.

The Drama Group production of The Christmas Schooner runs through December 11th in the Milord Studio Theatre, 330 202nd Street, Chicago Heights.  Parking is free.  Running time is just about 2 hours, with an intermission.  Performances are Fridays and Saturdays at 7:30 pm, Sundays at 2:00 pm.  Tickets are $23 ($21 for Seniors).  FYI (708) 755-3444, www.dramagroup.org or www.dg.booktix.com/