Chicago Fire FC today announced that the Club has signed defender Justin Reynolds to a Homegrown Player contract, set to begin on Jan. 1, 2023. Reynolds’ contract will run through the 2026 season, with a Club option for 2027.

The Chicago native will spend this season with Chicago Fire FC II after signing a 2022 MLS NEXT Pro contract with the Club. Per Club and league policy, financial terms were not disclosed.  “Justin brings many things to the table for the Chicago Fire, highlighted by his adaptability and his excellent mindset,” said Chicago Fire FC technical director Sebastian Pelzer. “He is willing and able to adapt to anything the coaches ask of him, and his ability to read and influence the modern game is fantastic.”

Reynolds, 18, becomes the 24th Homegrown Player in Club history, and the 10th to sign with the Fire since January 2020. The Club currently has 11 homegrowns under contract with the first team, including Justin’s older brother Andre Reynolds II.

“It’s an honor to sign as a Homegrown player with my hometown Club,” said Reynolds. “I grew up in the Chicago Fire Academy and everyone at the Club – the administrators, coaches, staff and my teammates – have been extremely supportive over the years. I’d like to thank everyone for believing in me, and I know this journey is just beginning. I am excited to represent Chicago and the Chicago Fire on the field.”

A native of Chicago, Reynolds has been a solid presence in the Chicago Fire FC II backline in the inaugural MLS NEXT Pro season, playing in four games and logging 178 minutes. In the Chicago Fire Academy, he was a key part of the team that won the inaugural MLS NEXT U-19 Championship on July 3, 2021 against Solar SC at Toyota Stadium in Frisco, Texas. Reynolds anchored a backline that conceded only four goals in five games on the road to the Academy’s first national championship since 2015.

“Justin has fully earned this opportunity and we’re very proud to see him take the next step in his career,” said Chicago Fire FC head coach Ezra Hendrickson. “Our Academy and CFFC II coaches did an excellent job of preparing him for the professional level, and he has continued to take significant steps forward since our first interactions with him in preseason. We look forward to seeing Justin continue to grow and develop within our environment.”

At the international level, Reynolds recently returned from a U.S. U-19 Men’s Youth National Team training camp that took place from April 22-May 1 under new head coach Marko Mitrovic. It was his second camp with the USMYNT, after being called to the U.S. U-15 MYNT in January 2018.

Transaction: Chicago Fire FC signs Justin Reynolds to an MLS NEXT Pro professional contract for the 2022 season, and to a Homegrown Player contract which begins Jan. 1, 2023 and runs through 2026, with a Club option for 2027. 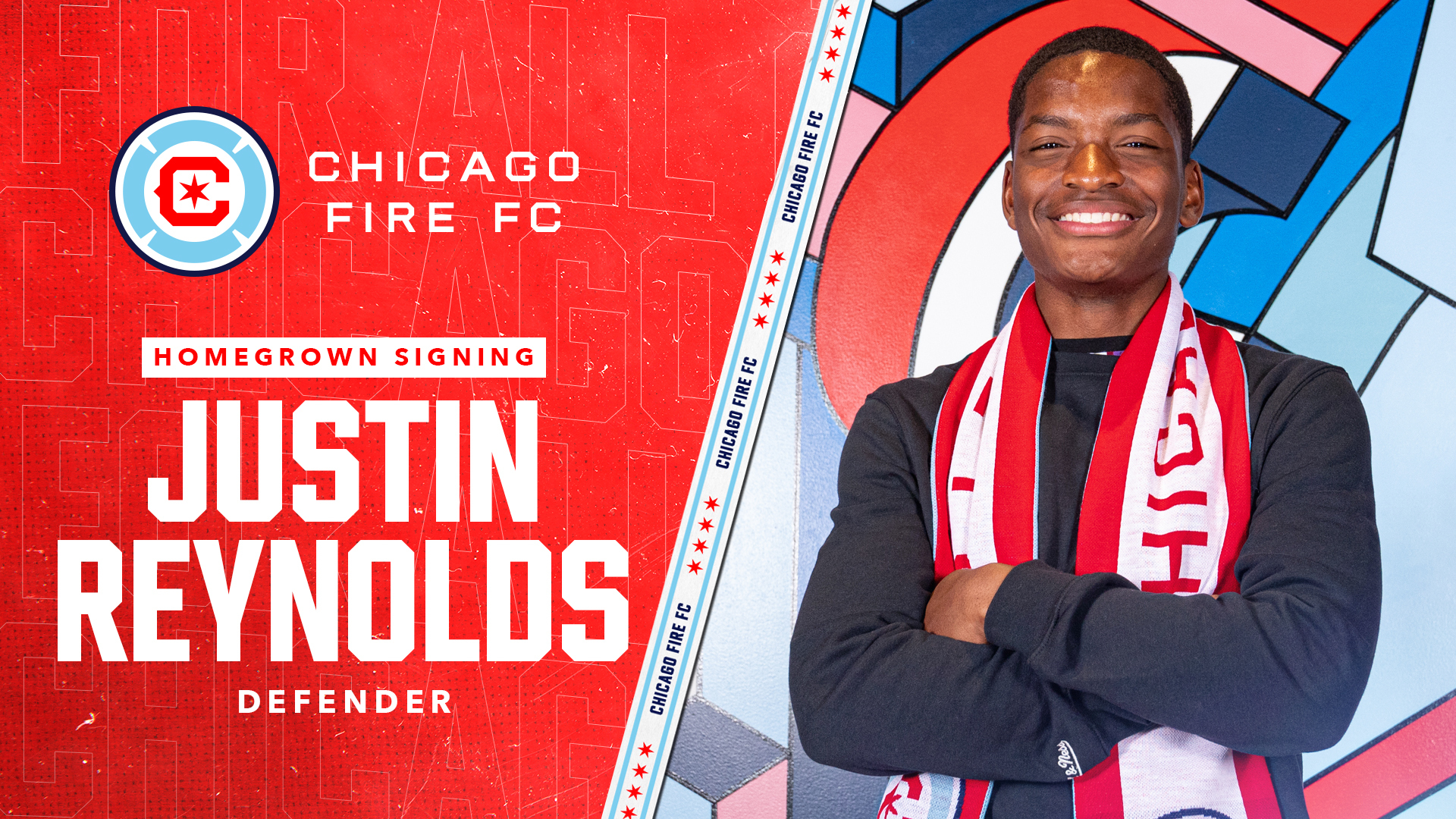