“We are so excited to welcome Lunay on Oct. 9 and to host his concert for our fans as part of our Hispanic Heritage Month celebrations and 25th Anniversary weekend,” said Chicago Fire FC President of Business Operations Ishwara Glassman Chrein. “We are thrilled for this unique opportunity to engage with our incredible fanbase and celebrate the Hispanic community with Lunay’s post-match performance, in addition to all of the exciting activities that will be held throughout our anniversary weekend.”

Tickets for the Fire’s Oct. 9 match against New England, which include the post-match Lunay concert, can be purchased here.

About Lunay
Lunay grew up playing soccer and emerged on the Latin music scene in early 2019 as a singer, rapper, and collaborator. The 21-year-old Puerto Rican star has registered on streaming charts across the U.S. and the Caribbean, with his videos gaining nearly a billion views. Lunay’s hit track "A Solas" and its remix were nominated for National Song of the Year and Remix of the Year at the first edition of the Latin Urban Music Awards in Puerto Rico. His follow-up, "Soltera," landed on the Hot 100 and Emerging Artists chart.

In the summer of 2019, Lunay toured throughout Europe, performing at the Premios Juventud Awards and winning the Best New Artist award for 2019. Lunay has also enlisted numerous well-known guests for his tracks including "Mi Favorita" with Wisin y Yandel, "La Cama" with Myke Towers, "Aventura" with Anuel AA and Ozuna, and the "Soltera" remix featuring Daddy Yankee and Bad Bunny. Lunay’s second album, El Niño, reached number 17 on the Latin Albums chart.

Next Match
The Fire return to Soldier Field this Saturday Sept. 17 to host Charlotte FC at 7:00 p.m. CT as the Club celebrates Hispanic Heritage Night, presented by motorola edge. Tickets can be found here, and the match will be televised on WGN-TV and CF97 Live, and transmitted locally in Spanish on TUDN 1200 AM. 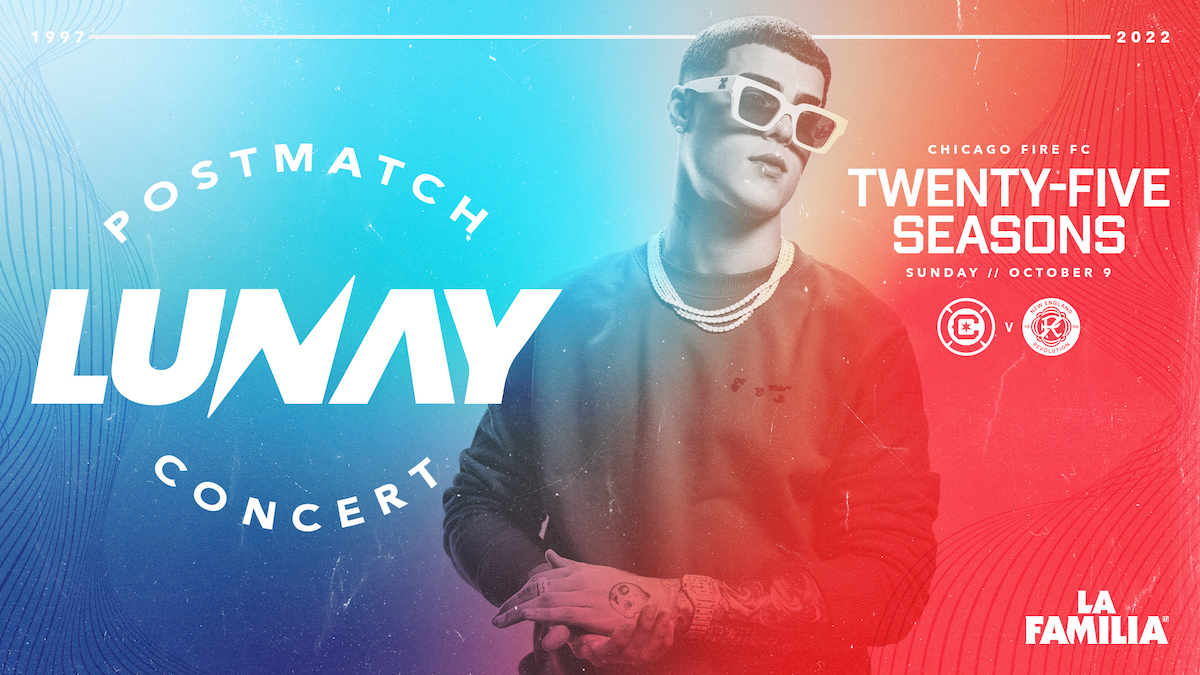