Chicago Fire FC today announced that it has agreed to a Club-record, multi-million-dollar transfer fee with Aston Villa of the English Premier League for 19-year-old Colombian striker Jhon Durán.

The transfer agreement with Aston Villa is the most expensive in Club history and marks the second significant player transfer for the Fire since August 2022. The deal is subject to the player completing a medical, agreeing personal terms, and obtaining a work permit. Additional terms of the transfer were not disclosed.

“We’re very pleased to have reached an agreement with Aston Villa for the transfer of Jhon Durán,” said Chicago Fire FC Sporting Director Georg Heitz. “When we originally scouted Jhon as a 16-year-old, we knew that he had the potential to become one of the top young strikers in the world. Jhon’s rapid development is a testament to his hard work and the investment from our coaching staff and many individuals throughout the Club. Additionally, this transfer is another example of the benefits of the MLS U-22 Initiative, which was a key factor in our ability to sign Jhon two years ago.”

In his lone season with the Fire, Durán registered 11 goal contributions in 1,363 minutes played in 2022, including a team-high eight goals. At the conclusion of the campaign, he was named the team’s Golden Boot winner, becoming the youngest player in Club history to win the award and eighth player to earn that recognition in their first season with the team.

“From the moment I signed with the Chicago Fire, everyone welcomed me with open arms,” said Durán. “I’m grateful to my teammates, coaches, Club staff, and the fans for all the support I received this past year. The Fire and the city of Chicago will always have a special place in my heart.”

During his breakout season with the Fire, the Colombian striker scored seven of his eight goals in the second half of the campaign, reaching several League milestones during his prolific goal-scoring run. Upon scoring his third brace of the campaign in a 3-2 win over FC Cincinnati on Oct. 1, 2022, Durán became just the third player in MLS history to register three multi-goal games before turning 19 years old, joining Eddie Gaven and Ricardo Pepi. Additionally, by adding three assists to his eight-goal tally last season, Durán is one of 12 players in MLS history to record at least 10 combined goals and assists in a single season at the age of 18 or younger.

At the international level, Durán earned his first three appearances with the Colombia National Team while playing with the Fire. After previously representing his home country with the U-17s, Durán made his debut at the senior team level on Sept. 25, 2022, playing 45 minutes in a 4-1 friendly win over Guatemala.

Durán originally signed with the Fire on Jan. 11, 2021, at 17 years old, becoming the youngest international signing in MLS history. The striker officially became eligible to play in MLS on January 1, 2022, shortly after his 18th birthday. 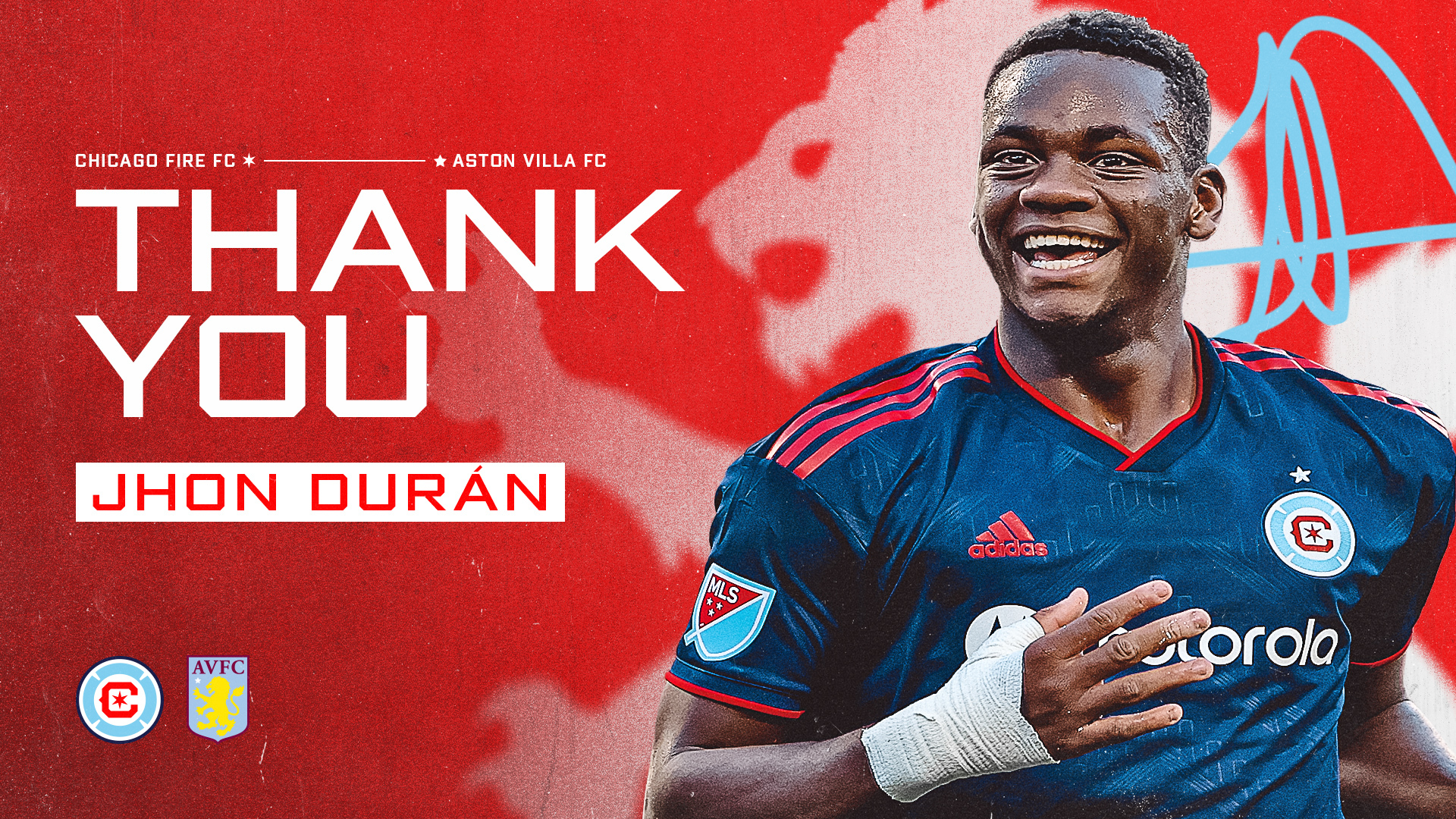