Chicago Fire FC today announced that the Club has acquired goalkeeper Jeff Gal (pronunciation: GAHL) via a free transfer from Swedish Allsvenskan side Degerfors IF. Gal, 29, is under contract with the Club through the 2023 season with Club options for 2024 and 2025. Per Club policy, terms of the deal were not disclosed.

“We are very excited to welcome Jeff to his hometown club,” said Chicago Fire FC Sporting Director Georg Heitz, “He has taken a unique path in his career and established himself at a high level in Europe over the past several years. Chicago has a strong history at the goalkeeper position and his experience will be a great asset to our group of goalkeepers as they continue to challenge each other and fight for valuable game minutes.”

Gal joins the Fire after spending his entire career in Sweden, having joined Lidköpings FK in 2016 before transferring to BK Forward in 2017 on a free transfer. He also played for Skövde AIK before transferring to Degerfors in July 2019. Overall, Gal appeared in 75 matches across all leagues and competitions in Sweden, including 14 matches in the Allsvenskan, the topflight of Swedish football, and five matches in the Svenska Cupen, the qualifying tournament for the UEFA Europa Conference League.

Prior to heading to Sweden, Gal played college soccer for two seasons at Creighton before transferring to Virginia. At Creighton, Gal was the starting goalkeeper for a Bluejays side that advanced to the NCAA College Cup in 2012. At Virginia, he started in all 16 matches in which he played and reached the NCAA Men’s Soccer Tournament semifinals before falling 2-1 in a close match against Maryland.

Transaction: Chicago Fire FC sign goalkeeper Jeff Gal from Swedish club Degerfors IF for the 2023 season, with Club options for 2024 and 2025. 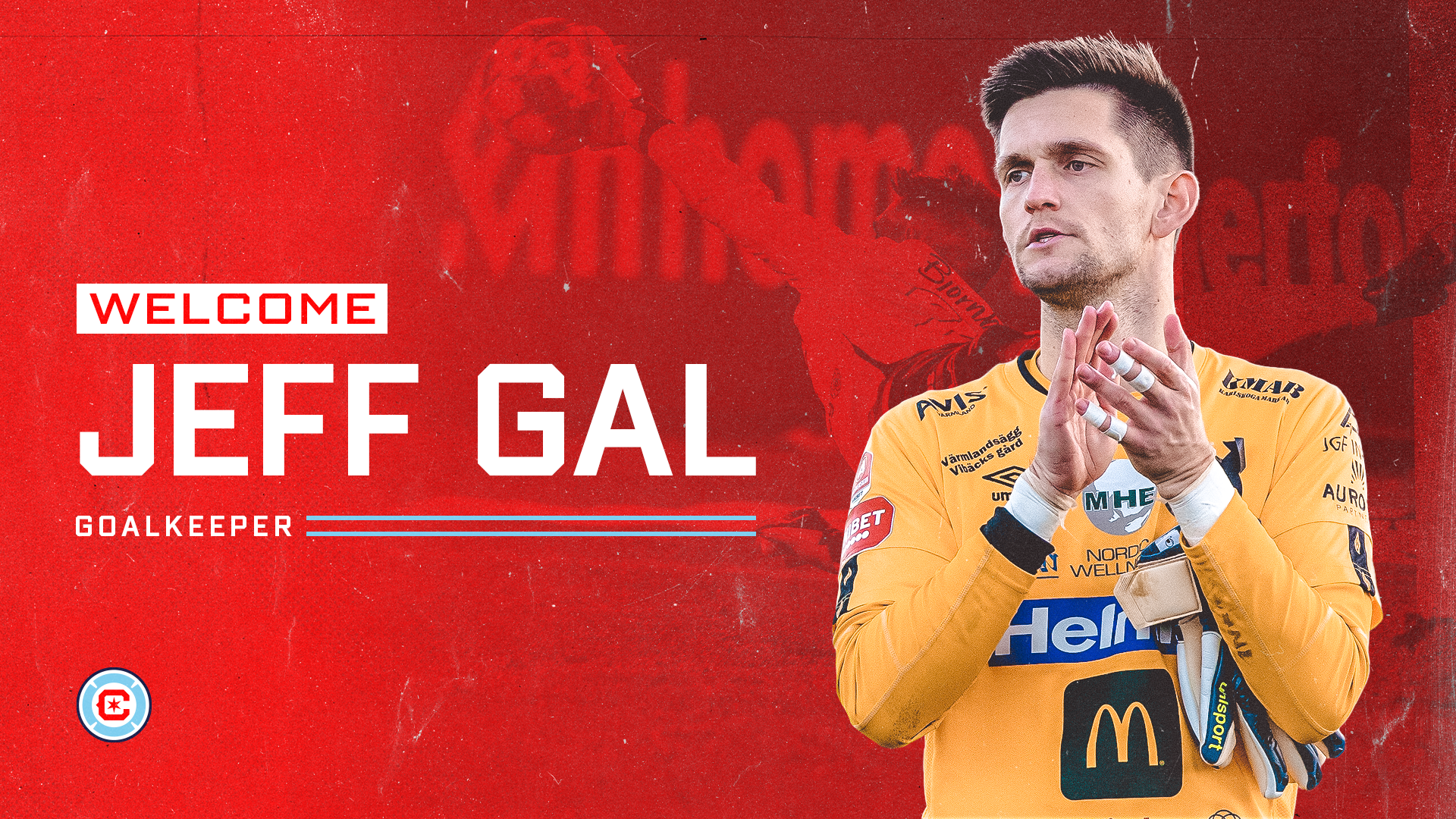